The ABS released its residential property price indexes for the March 2017 quarter.

Although these figures are retrospective, they are always instructive, and reflected tighter lending conditions this quarter.

The total value of the dwelling stock was a nick lower at $6.9 billion - albeit well up from $4.4 trillion in 2011 - putting the mean price of residential dwellings at $687,700, and leaving housing market equity of around $5.1 trillion or so.

At the national level there was a quarterly decline in prices of 0.7 per cent, now leaving prices just 2 per cent higher than a year earlier. 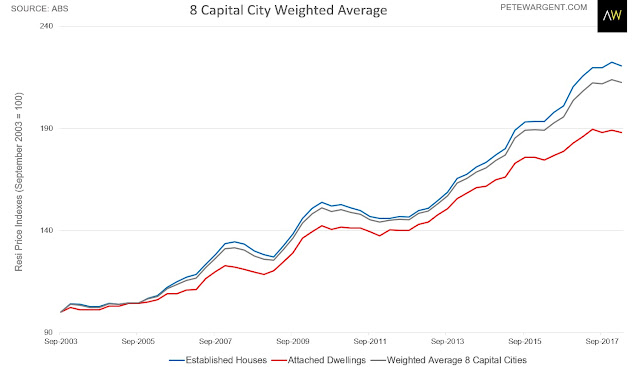 The quarterly price decline was mainly accounted for by the most populous city, Sydney, with Melbourne also posting a moderate 0.6 per cent decline. 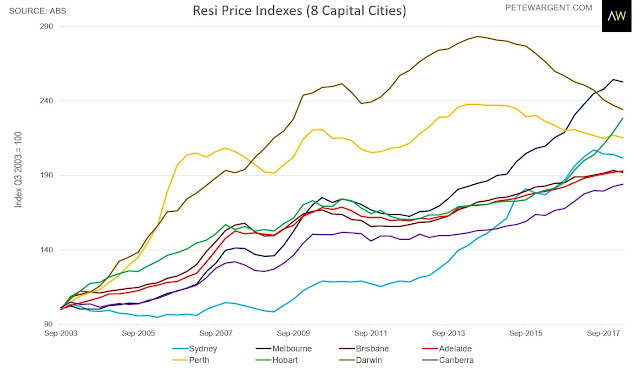 Zooming in on the New South Wales capital, from a year earlier attached dwelling prices in Sydney were still 0.4 per cent higher, but house prices were 0.8 per cent lower (though all dwelling types were below their respective June 2017 cyclical peaks). 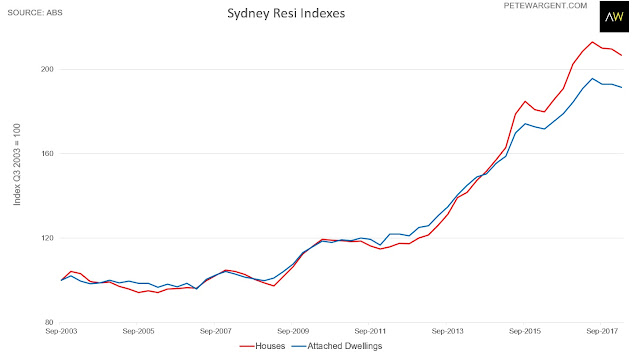 Over the year to March 2018 the strongest price growth was seen in Hobart at 14.1 per cent, and the weakest was seen in Darwin at negative 6.5 per cent.

Finally, there was all the usual explosive commentary about crashing transaction volumes at unprecedented lows (and imploding dwelling completions), as there is each and every quarter.

But, of course, these numbers are preliminary, and as such they are always apparently crashing or at unprecedented lows - until they are revised up next quarter.