The median duration of job search in Australia was 17 weeks in May 2018, another modest improvement on the 18 weeks seen a year earlier. 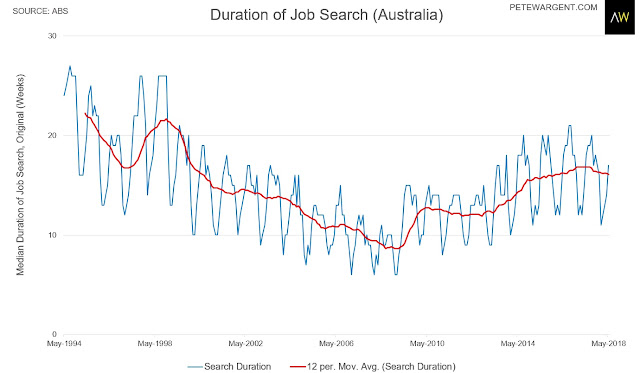 The year-on-year decline was helped by Sydney, where the annual average job search duration is down to 12.8 weeks, as well as Melbourne, where it is now down to 13.4 weeks.

Although not unexpected given the surge in labour supply from interstate, the average search duration in Brisbane has been stretching out lately. 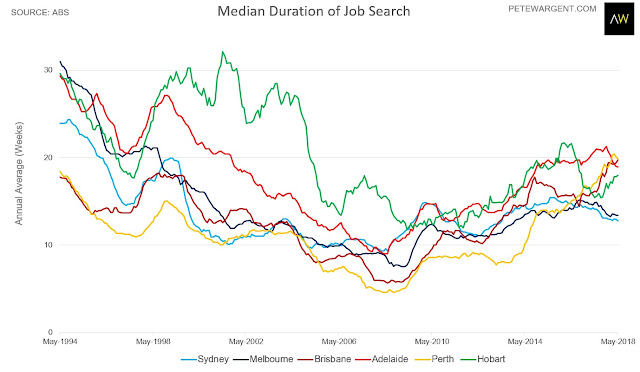 There was a bit of more uplifting news for Perth in the monthly figures, with the 17-week median job search duration back in line with the national average, and well down from 20 weeks a year earlier.

The beginning of brighter days ahead?

It's now well over half a decade since the peak of resources construction in 2012, and the engineering construction activity figures for the March 2018 quarter will confirm a small rebound from the nadir when they are reported on Wednesday this week.

As I looked at in more detail here, Australia has already experienced a renewed surge in mineral exploration, driven by Western Australia, Queensland, and New South Wales, in that order.

To date, the surge in exploration spend and metres drilled has been driven mainly by gold and a range of base metals.

Notably, the as the mega projects exports ramp up and reserves are exploited, a new wave of capital investment and drilling will eventually fall due for the bulk commodities and LNG.

Some of this is already imminent, with Santos GLNG set to invest $900 million in upstream developments across Gladstone's gas fields in 2018.

With iron ore exports still hammering along, BHP recently announced that it is set to invest about $5 billion in the South Flank iron ore project, while Fortescue Metals Group is set to tackle a new mine, 'Eliwana', at an estimated cost of $1.3 billion.

It's interesting to look at how some of the struggling labour markets around the traps have fared over recent years.

Geelong's deteriorating labour market in 2014 in the face of a raft of industry closures was quickly arrested in 2015, partly through public sector initiatives, and the region is now faring well on Melbourne's coat-tails.

The Hunter Valley also bounced back reasonably quickly as coal prices surged, aided by its proximity to Newcastle and Sydney.

For the more disparate resources-influenced regions, the downturn has been less forgiving for longer.

Townsville appears to be through the worst now, although its recovery was partly thwarted by the Yabulu Refinery closure announcement.

Meanwhile, mining employment is back in demand in Queensland, with a 46 per cent year-on-year increase in SEEK job advertisements reported for the sector in May 2018.

This is likely to even more beneficial for regions such as Mackay, where unemployment has already declined very rapidly from the 2015 peak, which is great to see! 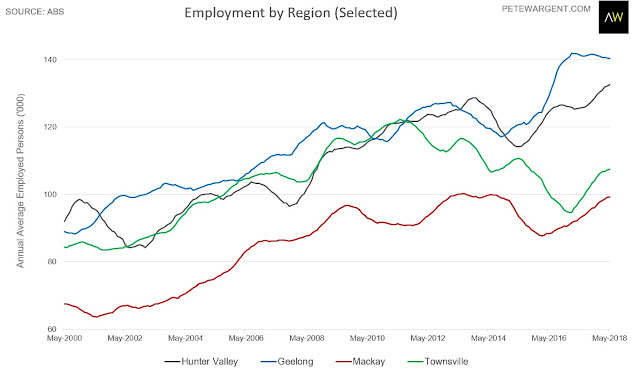 To date, much of the resources hiring has been operational in nature, rather than relating to capital investment.

But that could be about to change.

Although nobody wants to get too excited at this stage, this would be hugely positive news from Perth to the Pilbara, and from Gladstone to the Galilee Basin. 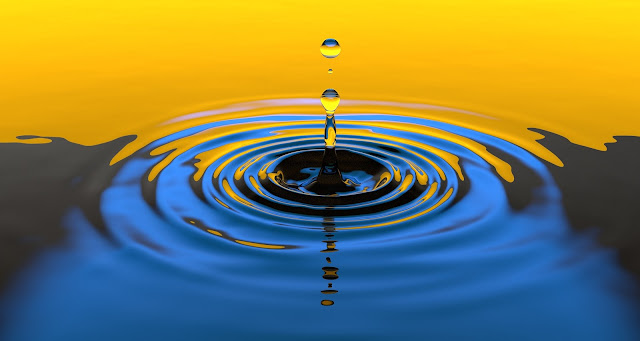