Aussie economy grows by 3.1 per cent

The economy grew by 1 per cent in the March quarter, seasonally adjusted, and the 3.1 per cent GDP growth over the year to March 2018 was the strongest annual expansion in 7 quarters.

Exports contributed 0.5 percentage points to growth in the March quarter and government consumption chipped in 0.3ppts, while the March result itself was the best quarterly reading in six years. 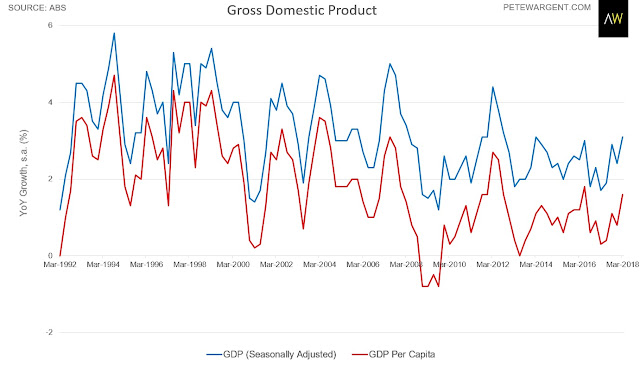 Playing around with the national accounts aggregates shows that real gross national income increased by 1.7 per cent in the quarter, to be 2.4 per cent higher over the year. 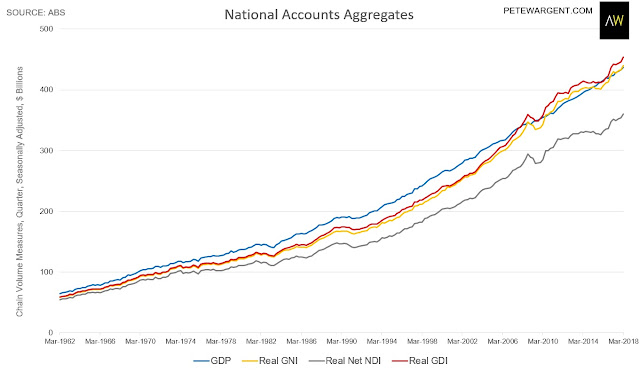 We've seen a bit of a kick from commodity prices, then, with the terms of trade up by 20 per cent from their March 2016 nadir, and mining was one of the strongest performing industries over the March quarter, notching a 2.9 per cent expansion. 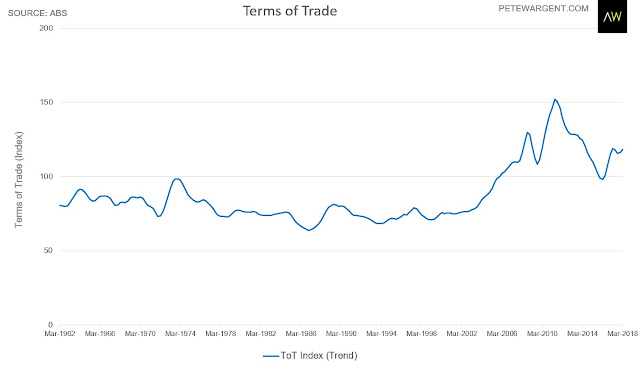 Nominal GDP growth measured in current prices picked up to 3.9 per cent year-on-year, but that's still some way below the level where good things generally start to happen.

13 of the 19 industries recorded a quarterly expansion: there was solid growth in manufacturing (2.4 per cent) but a decline in agriculture, forestry, and fishing (-1.7 per cent).

Results were mixed around the states and territories, with decent growth in New South Wales, Victoria, Queensland, and Tasmania, but contraction seen elsewhere.

It seems almost churlish to point out the downsides after a record 106 quarters since the last recession, but households have yet to experience too much joy from stronger employment growth.

Compensation of employees increased by 1.2 per cent in the March quarter, while the household saving ratio trend was up just a tiny tick to 2.2 per cent. 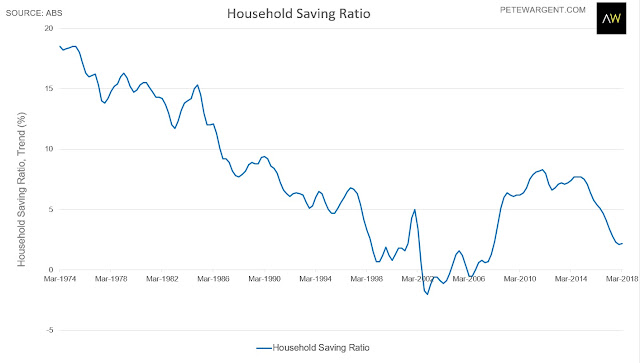 For a final interesting discussion point, the Reserve Bank noted in its Monetary Policy Decision that the average mortgage rate on outstanding loans 'is continuing to decline'.

This may be so - just about - but the total interest paid on dwellings now appears to be trending north, and seems likely to continue doing so now. 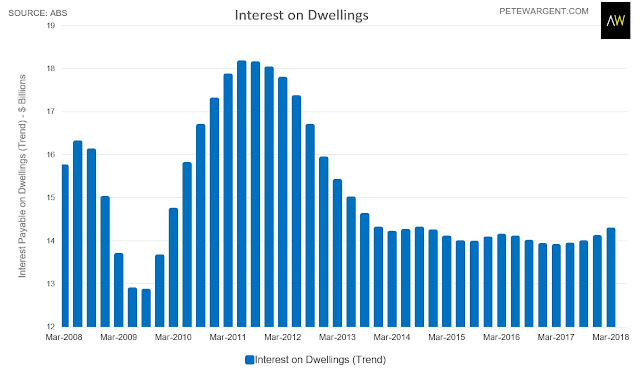 Overall, quite a handy GDP result, which sees the economic expansion moving into its 27th consecutive year, and will buy some time.

But not too much to cheer here for households, and there seems to be some level of hope being pinned on commodity prices remaining elevated...or maybe just something else turning up. 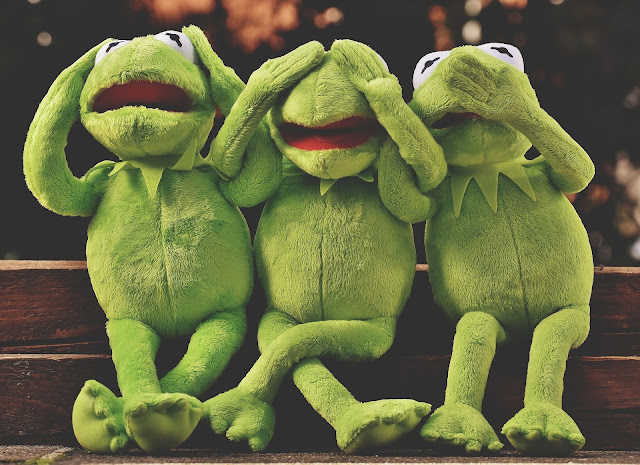