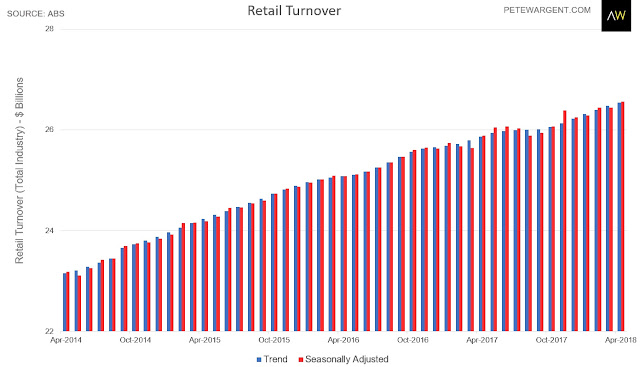 The annual growth is still soft at 2.6 per cent, with plenty of evidence of discounting still around. 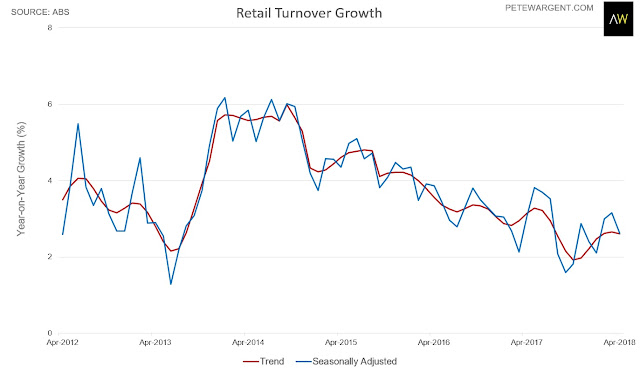 At the industry level, the annual figures for department stores are a bit distorted by a strong prior year number.

But even so, very weak indeed.

Discretionary spend on eating account largely accounted for the beat, with a 1.3 per cent rise in sales through an unseasonably warm month (hard to remember, was April warmer? I guess it was). 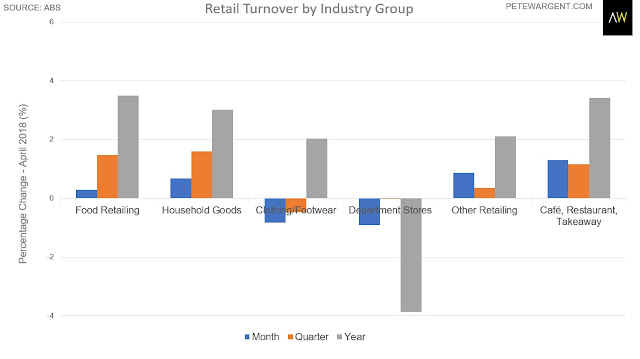 Finally, Victoria is the strongest performer, partly by virtue of the sheer growth in its headcount, while the Northern Territory saw a bounce back in sales in April. 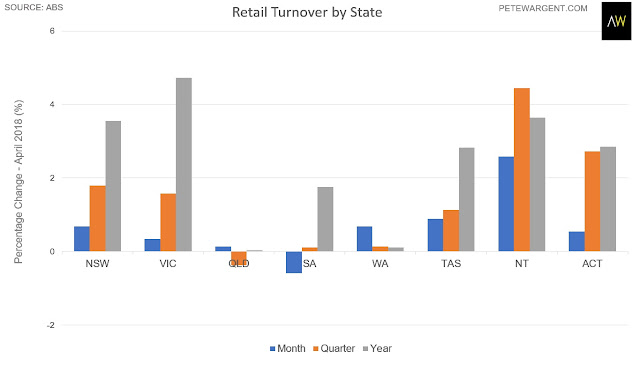 Overall, pretty soft, but not as bad as the market had anticipated.

Finally, online turnover leaped again to account for 5.4 per cent of total retail turnover, up from just 3.7 per cent only a year earlier, equating to quite a dramatic rate of increase. 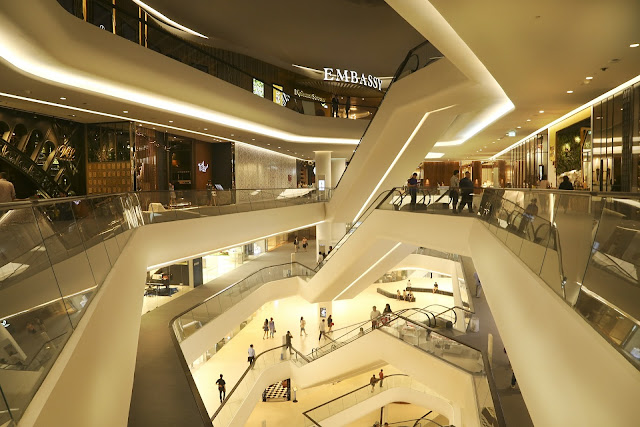