I was in New Zealand briefly at the weekend, and took a look around the city of Christchurch.

The already weakened city was flattened by an earthquake in February 2011, and ultimately lost about 80 per cent of its CBD commercial buildings, and sadly, 185 lives were lost too.

While some office workers were able to keep their jobs, reportedly only around 10 per cent of services jobs in the CBD were retained, and the unemployment rate rose to 8 per cent before falling sharply again over time.

Even today it's not hard to see why the jobs were initially lost - after the structurally unsafe buildings were pulled down there wasn't a whole lot left. 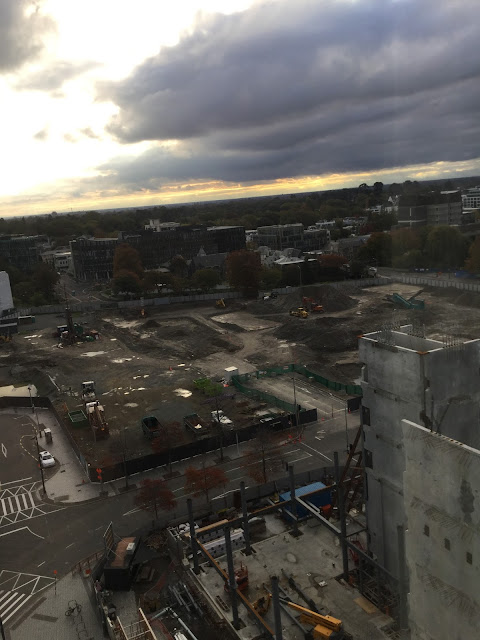 It has taken a long period of time to pull down the buildings, but the rebuild is now well underway with more than NZ$1 billion of construction work done in Canterbury per quarter.

The cost of rebuilding the city, to be paid for by a combination of insurance payouts and government expenditure has been put at anywhere from $40 billion to $80 billion (NZD).

Although many services jobs were lost, the local economy has experienced a severe shortage of workers in the construction sector, with some 45,000 employees needed at the peak of the rebuild.

As a result, thousands of migrant construction workers have been brought in from overseas. 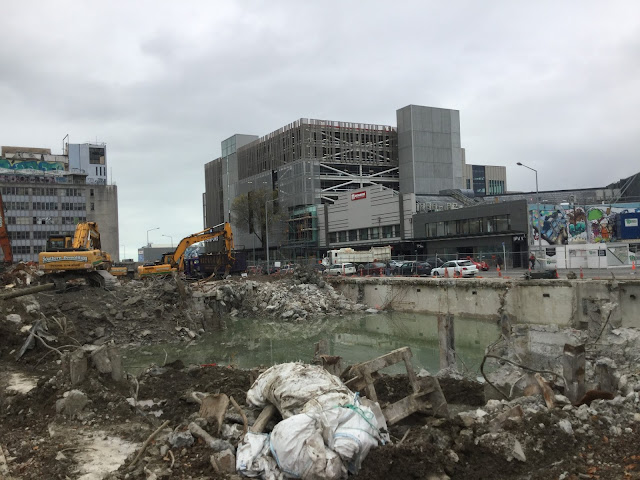 With Australia's resources construction boom having peaked in 2012, Christchurch was successful in attracting some workers back from Australian mines.

You can clearly see in my blog post here how the dynamics of population flows between Australia and New Zealand shifted pre- and post-mining boom.

The Quake City Museum is well worth a visit, although frankly it's also terrifying.
Posted by Pete Wargent at 21:29