For quite some time now I've been following with interest the case for a nominal GDP target of, say 5-6 per cent - thanks Tweeters, you know who you are! - and have to admit the case does look quite convincing (you'd have to think the plot has been somewhat lost when rising petrol prices are cited as the case for tighter policy...wait, what?).

There's a lot of talk about 'loose' monetary policy, but based on what metrics? Certainly not inflation or nominal GDP.

The good news is that nominal GDP growth in Australia has picked up quite significantly since 2015, and - hey, surprise! - articles are suddenly surfacing about wages growth hoving into view.

There's probably a little way to go before we can excitedly start talking about wages growing at 3½ per cent again, but at least things have picked up a bit.

Even conservative government forecasters have now confirmed that annual resources and energy exports are heading to beyond a quarter of a trillion Aussie dollars as the investment boom begins to bear fruit.

And with services and rural exports also tracking pretty well the latest international trade figures for August 2018 notched another record monthly total for exports at a seasonally adjusted $36.6 billion, taking the annual total up 7 per cent from a year earlier to a fresh high of $412 billion. 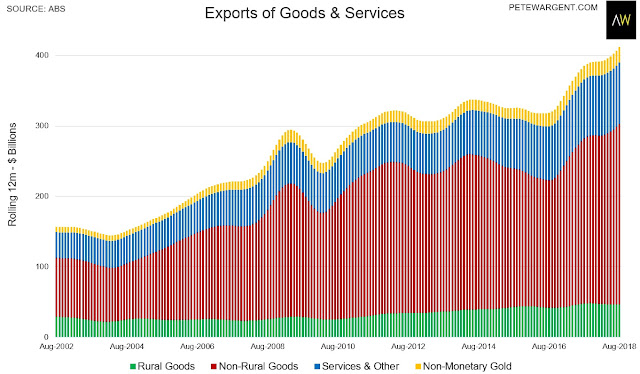 Festive Pilbara Cyclones notwithstanding, the cumulative trade surplus for the past 23 months has been an unparalleled A$28 billion, which by anyone's estimates is a remarkable turnaround from the massive and rather troubling trade deficits of 2004 to 2016. 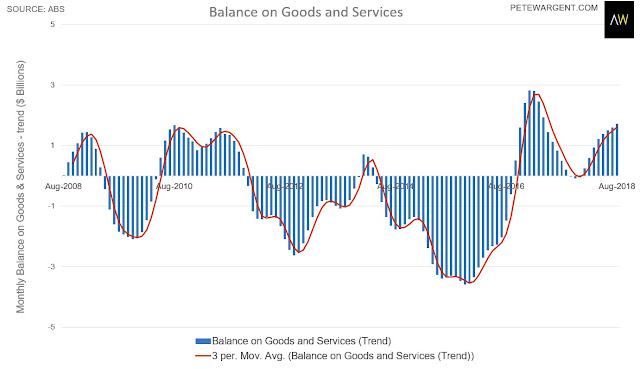 LNG export values have tripled over the past three years, notching another record of $4 billion in the month of August alone (and be assured there's plenty more where that came from).

Meanwhile 'king' coal is not quite ready to be slain yet, confirming an epic comeback with export values crunching out a record-breaking total for the year to August.

'Coal' - if that's not too broad a term - is set to usurp iron ore as Australia's most valuable export commodity. 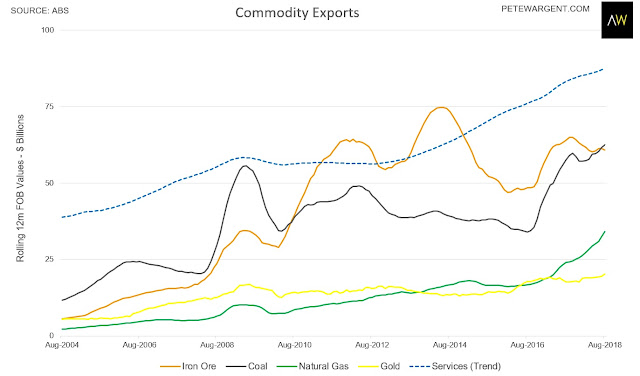 Accordingly Queensland and Western Australia are basking in trade surpluses and royalties galore right now, with WA merchandise export values over the three months to August hitting a rasping $36.4 billion, some 18 per cent higher than a year earlier (annualise that if you want some eye-popping figures). 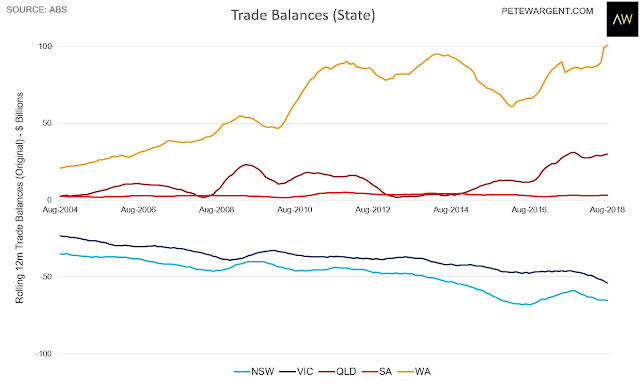 The interesting thing to me is that with the US economy heating up apace and the Aussie dollar declining from above 81 US cents earlier in the year to well below 71 cents today - while oil and coal prices have surged - there is a further boom in export values coming down the pipe.

All of which means we may well be talking about a Federal Budget zipping into surplus and a brighter wages outlook much sooner than previously expected.

From Rob Rennie, economist and Head of Research at Westpac: 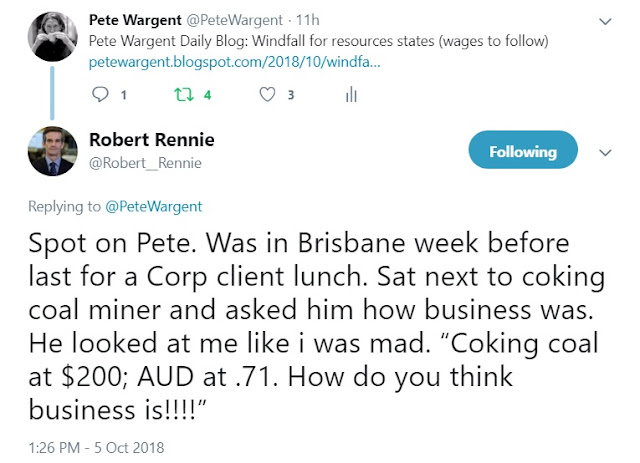 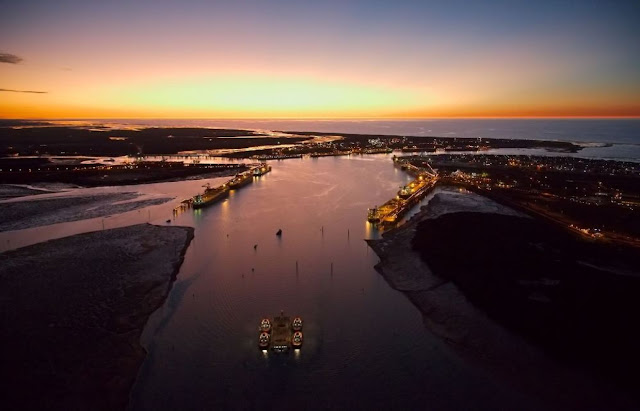