Engineering boom is back

Stabilisers kick in to action

The final Budget outcome documents this week showed that government net debt came in at 18.6 per cent of GDP, being a tidy $13 billion below earlier Budget estimates.

Net debt remains relatively low, then, and will peak lower than previously thought, while the interest burden is low at about 4 per cent of revenues.

Even so, there's been a lot of whingeing about government debt - but in the event it's exactly what was needed to stave off the dramatic resources downturn with some well-timed infrastructure investment.

Few data series show the scale of resources cycle better than the engineering construction figures which exploded from the early part of this century until peaking out in 2012.

Although it's become common to point at immigration as the root cause of slow wages growth, population growth was running much faster at that time at around 1.8 per cent per annum - albeit largely into the resources states - while wages were growing at or around 4 per cent per annum for some years before the downturn eventually happened.

Back to the boom years

Those were heady days looking back, with in-demand workers often receiving pay rises simply for not leaving a job (or even sometimes bonuses practically just for turning up).

Skilled employees that felt inclined to change jobs could choose from an array of available positions.

When I'm in Britain the UK TV nostalgia channels always seem to have relocation show repeats about Brummies that moved to Western Australia to drive trucks for 3 or 4 times their old salaries in Brum.

One cognitive bias that frequently afflicts readers of financial markets or data is to look back and compare to preceding peaks, even if that was an outlying period.

The good news is the government borrowings have proved to be a masterstroke is guiding Australia through this very sticky period, with the trend in engineering construction activity surging 15 per cent higher over the past year all the way back up to $24.3 billion.

The 3-year change in some states has been thunderous, including in New South Wales (+52 per cent), Victoria, South Australia (+50 per cent), and most especially Victoria (+71 per cent). 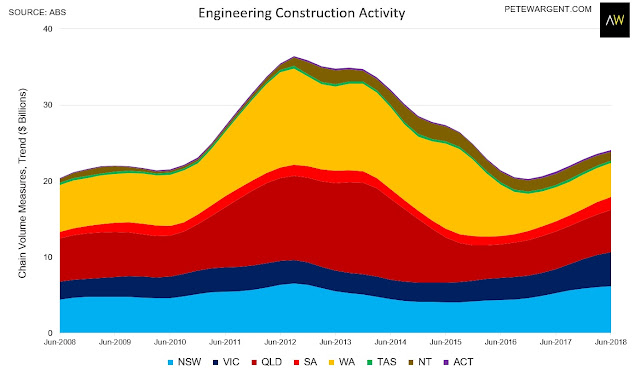 Engineering activity is also rising again in 2018 in Western Australia and Queensland, with only the Northern Territory now acting as a drag.

And of course they'll be right, as the pipeline of work has begun to pump higher again.

Almost unnoticed the rolling annual value of engineering work kicked off has blasted to above $100 billion for the first time since the mining boom, at $101.7 billion.

Some great news is that as well as Victorian transport and infrastructure projects this resurgence has also been driven by a huge lift in heavy industry work in Western Australia. 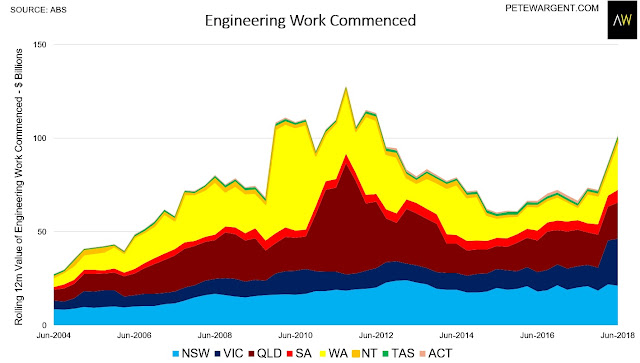 We knew this was coming, of course, because mining exploration work has been firing up for quite some time, but it's great to see some rubber hitting the road now.

As for prediction time?

I expect the unemployment rate to fall to well below 5 per cent in New South Wales and Victoria, and wages growth to rise back towards 3 per cent, easing any apparent stress on household budgets.

Great to see engineering work back in demand. 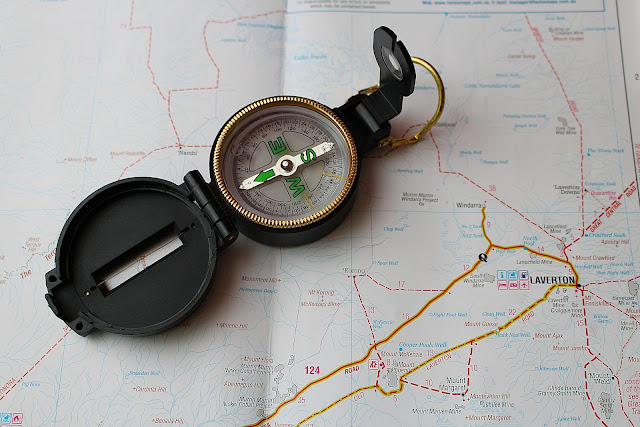