Bottom falls out of the Top End

Years ago I lived up in Darwin.

It's a cool place - at least figuratively, if not literally - and certainly very different from the sometimes drab sameness of suburban life in the big smoke.

One of the things I liked about it was how almost everyone turns out when there's an event in town, such the V8 Supercars and INXS playing live (or whatever).

Mindil Beach Sunset Markets quite rightly attract a buzzing crowd every weekend too.

Meanwhile, the National Parks of Kakadu and Litchfield are a must-see-to-believe, especially in the Big Wet (although most Aussies talk of there being two seasons - wet and dry - Kakadu's traditional owners recognise six different seasons, understanding the subtle transitions between them).

The odd earthquake aside, Darwin has the best winter climate of any city I've experienced, perfect dry heat in the low 30s all day every day, and never a cloud to be seen.

The summer weather, on the other hand, can range from harsh humidity to downright brutal and Cyclonic.

Although I love the place, I think it would be fair to say that a lack of diversity of choice is a net negative for the Top End, including within the labour force.

There were stacks of jobs in resources and in the public sector during my time up north, but not very much else.

But the mining boom years have faded and people are steadily drifting back where they came from.

Actually, not that steadily now...quite quickly!

I also recall simple things like going for a takeaway or a coffee being phenomenally expensive, although for all I know maybe that's changed as the mining sector has cooled.

From boom to bust

From 2003 dwelling prices soared relentlessly in Darwin for a decade, rising by more than 180 per cent by the middle of 2014, by far the biggest increase of any of Australia's 8 capital cities over that period.

Since the peak of the resources construction boom time prices have dropped back by 18 per cent, including by 6 per cent over the 2018 financial year alone.

During the boom years thousands of Aussies were relocating from interstate up to the Top End lured by the high wages on offer.

But although the sector experienced a second wind post-financial crisis as China stimulated its economy, even the mighty $54 billion (hello overruns!) Inpex/Ichthys LNG project hasn't been enough to stem to the inevitable downturn.

And now the NT is losing residents interstate in droves, with more than 3,500 upping sticks on a net basis over the year to March 2018. 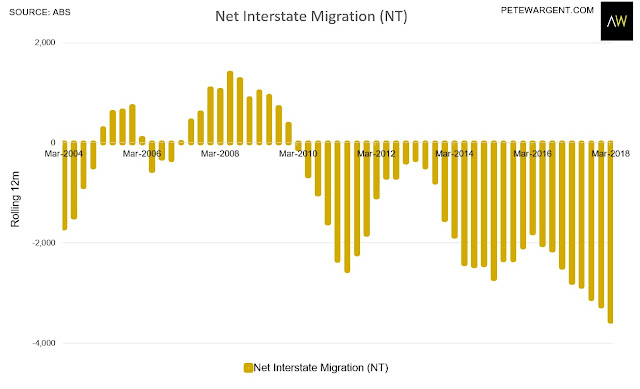 With life expectancy increasing, you typically see more births than deaths these days, so the population of Australia increases naturally even without its prevailing strong immigration programme.

But in the NT the outflow of residents interstate is overwhelming both net overseas migration and the natural increase, to the extent that the population of the territory has actually declined by 1,000 persons over the past six months to 246,700.

There are few weaker dynamics for a housing market than an outright decline in the population, if sustained.

No doubt the local authorities will be putting in place incentives to entice families to move up north.

In short, arguably no state or territory presently has a more concerning range of metrics in its economy or housing market.

Last week I looked at how each of the most populous states is faring with regards to 30+ day mortgage arrears.

In short, not great in Western Australia, pretty comfortable elsewhere.

Let's now consider the other four states and territories.

As you might expect the NT had the highest rate of prime and non-conforming 30+ day arrears at 2.67 per cent as at July 2018, although this had declined just a little over the preceding two months of available figures from 2.82 per cent. 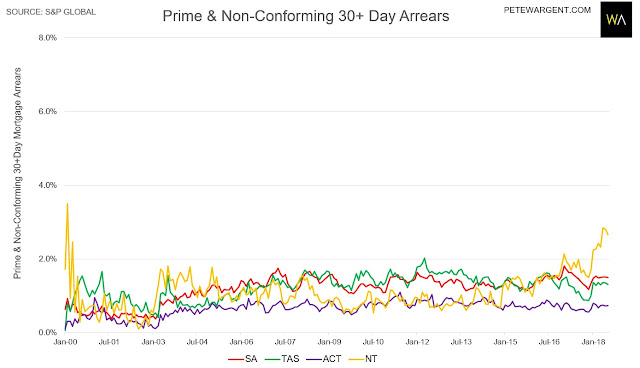 Elsewhere arrears rates were reasonably low in South Australia at 1.50 per cent following a marked improvement, very low in thriving Tasmania at 1.31 per cent, and extremely low in the Australian Capital Territory at 0.74 per cent.

Generally mortgage arrears are a little higher than a year earlier across the board, despite falling unemployment rates, in part due to interest-only mortgages being reset.

Hopefully the NT can turn itself around soon! 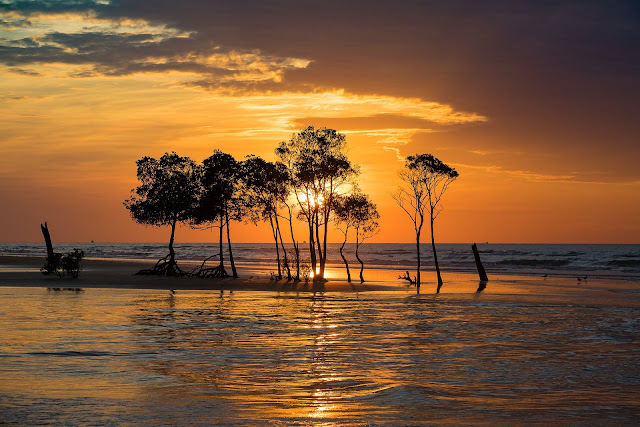