Some folks are trying ever-so-hard to convince everyone that Australia is heading for an economic collapse.

Nothing new there, of course, but unfortunately for the gloomers nobody seems to have told the economy itself, which saw growth accelerate to a 6-year high of 3.4 per cent in FY2018.

Meanwhile the resources boom is now paying serious dividends with annual exports booming to a record high of $406 billion. 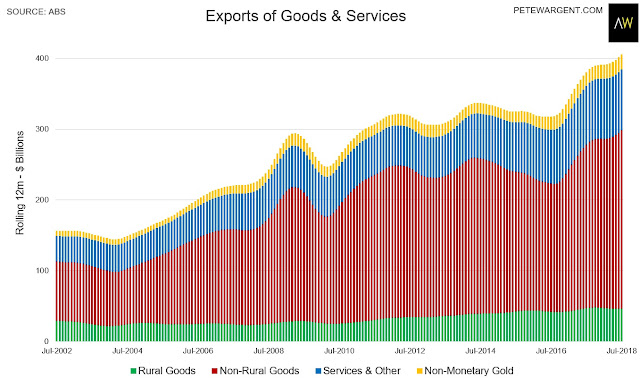 And despite the disruptive Tropical Cyclone Joyce having lurked over the Pilbara - leading to the blip over the back end of 2017 - we've racked up a cumulative international trade surplus of some A$25 billion over the past 21 months. More records. 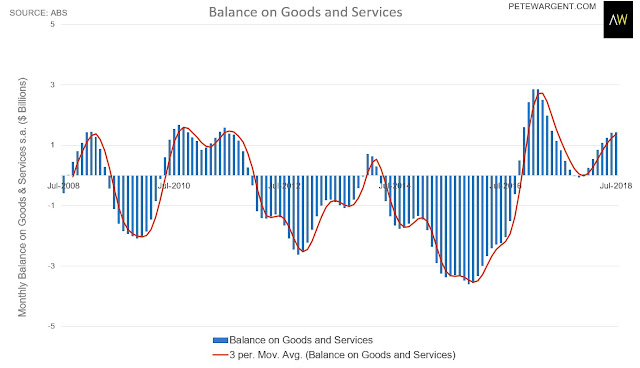 In fact, there's plenty more where this came from with LNG export values breaking record highs by the month, tourism and education exports firing, and the iron ore price touching a 6-month high this week (now hovering around a very lucrative A$95/tonne).

Oh, and there's a coal price boom as well.


Back towards full employment

From a Federal Budget perspective it's important to see people in work, and the good news is that employment surged by +306,400 or 2½ per cent over the year to August 2018. 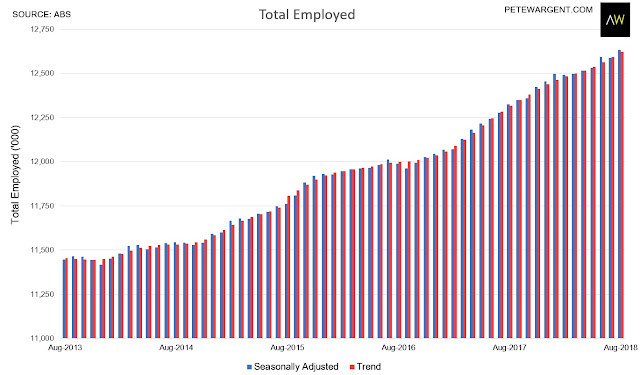 With that rate of employment growth it can be no surprise to see that the trend unemployment rate has dropped to the lowest level since 2012. 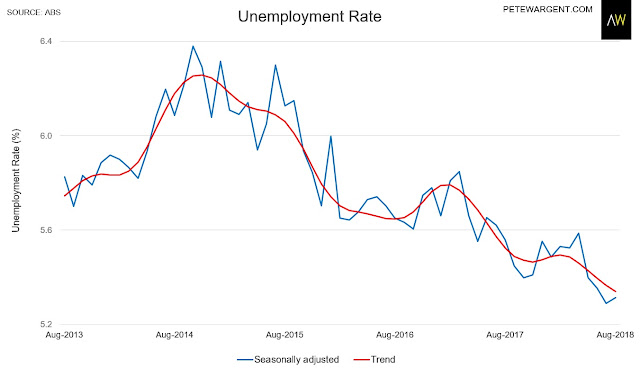 The unemployment rate has fallen to 4.7 per cent in New South Wales and 4.8 per cent in Victoria, the territories are already at or below 4 per cent, while Tasmania and South Australia are now improving rapidly.

An embarrassment of revenues

All of this is leading to a veritable flood of government revenues that could theoretically have the budget back into a rolling annual surplus in no time at the present rate of progress. 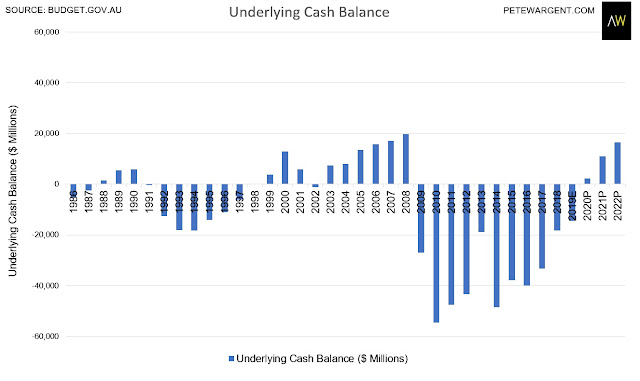 So fast has the improvement been, of course, that this leaves the Coalition set to open its chequebook in the lead-up to the 2019 election.

With the government's interest expense burden so low at just 4 per cent of revenues there's significant upside potential for infrastructure spending over the next year, while realistically there are likely to be some tax cut sweeteners heading the way of the electorate.

As for the risk of a rating downgrade so eagerly and widely reported over the past two years, this was swept away by S&P affirming Australia's AAA rating today, while upgrading the budget outlook to stable.

Anyway, I'm a Coalition stooge, so I'll leave it with S&P Global to fill in the blanks:

S&P Global Ratings revised its outlook on the long-term ratings on the Commonwealth of Australia to stable from negative. We also affirmed the ‘AAA’ long-term and ‘A-1+’ short-term unsolicited sovereign credit ratings on Australia.

The stable outlook reflects our expectations that the general government fiscal balance will return to surplus by the early 2020s.

We expect steady government revenue growth supported by the strong labour market and relatively robust commodity prices, to be accompanied by expenditure restraint.

We also expect property prices to continue their orderly unwind, and that this slowdown won’t weigh heavily on consumer spending and the financial system’s asset quality.'

'Australia is a wealthy, diversified, and resilient economy, with GDP per capita of an estimated US$56,500 in fiscal 2019.

Along with the resilient and high-income Australian economy, this reflects the low risk appetites of the major banks, which dominate the industry, supported by conservative and proactive regulatory and governance frameworks.

We consider Australia’s banking system to be one of the strongest globally.' 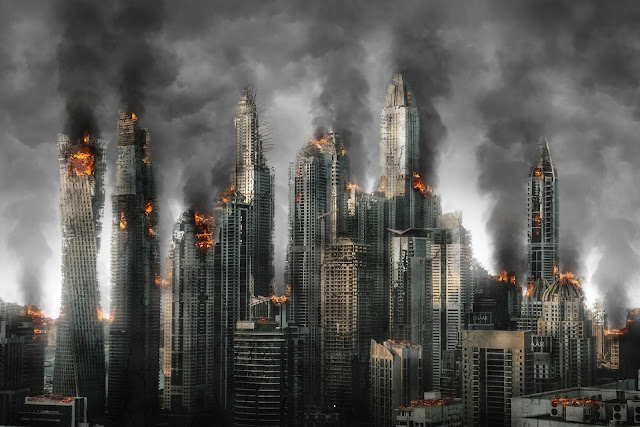