Mortgage arrears down in Q2

ASIC is reportedly applying an awful lot of scrutiny to household living expenses detail on mortgage applications at the present time.

In one sense this is understandable and sensible, though some brokers are questioning the value of scrutinising standing orders for ten bucks per month when mortgages are typically being assessed at a minimum rate of 7¼ per cent (while, incidentally, assumed negative gearing deductions are assessed at the actual rate).

See what the most respected industry stalwarts are saying about the level of scrutiny mortgage applications have been under...

In reality most people with a mortgage can and will cut back on discretionary spending if they need to.

It's true that in some instances borrowers have fallen into mortgage arrears, though in most cases there are extenuating circumstances such as unemployment, divorce, illness, or in many cases a subsequent splurge on (unregulated) consumer debt, such as new car loans.

There's just one problem with the prevailing record mortgage stress narrative: hardly anyone is defaulting on their loans.

Despite recent increases in arrears in Western Australia, the Northern Territory, and pockets of regional Queensland, the arrears rate fell by 5 basis points in 2Q18 to just 1.09 per cent according to Fitch's latest Dinkum RMBS Index.

Prepayment rates were low in 2018 at below 20 per cent, reflecting tighter lending standards.

Don't be deceived by the chart scale - the loss rate has never exceeded 0.08 per cent. 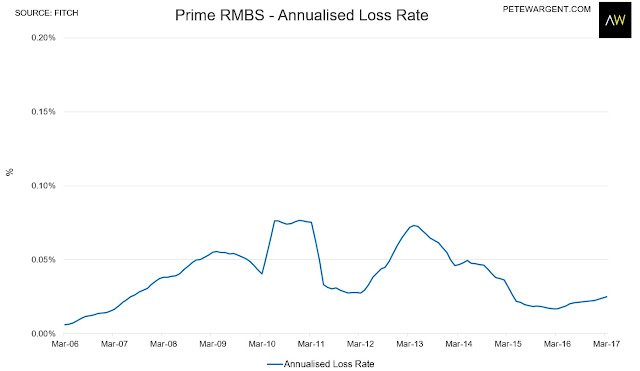 Losses are reported after sales proceeds and may take up to 12 months from default to be realised.

However, Fitch expects recent out-of-cycle rate increases to have no effect on credit quality, while Fitch also expects that losses will remain low thanks to a strong economy and improved lending standards.

Will this be reported anywhere?

Not as newsworthy as anecdotes, perhaps... 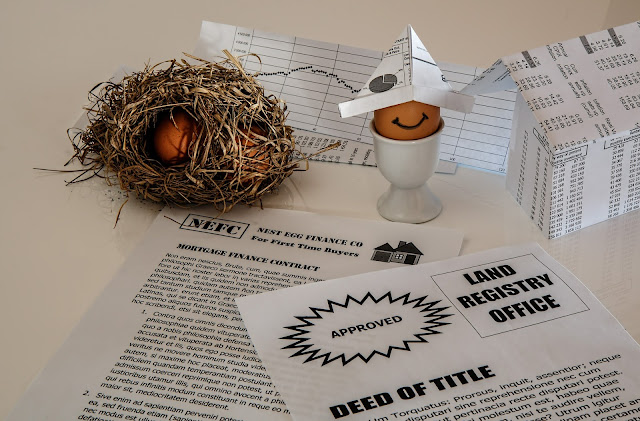