Queensland is gradually looking to rediscover that resources boom vibe.

Brisbane-based economist Nick Behrens of the QEAS explains how population is now flowing towards employment opportunities at levels not seen in the years since the resources downturn.

And, following a lean few year post-mining boom, things are clearly on the up again.

As promised the Coalition has wound back immigration a little, although in historic terms net overseas migration remained high over the year to March 2018 at +236,800.

The three most populous states mopped up well over 85 per cent of that total, an unusual-looking blip for Queensland in the December 2017 quarter notwithstanding (click the charts to expand). 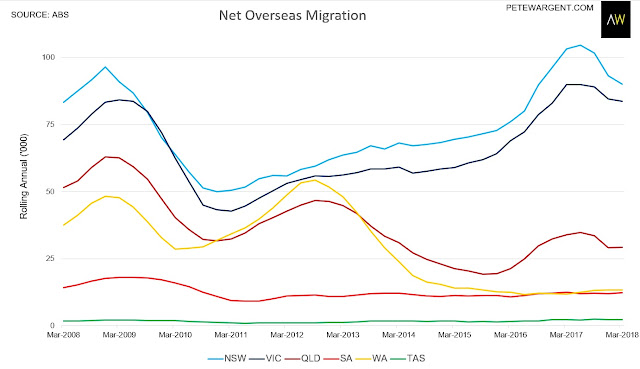 Internally, movements are all about Queensland now, with net interstate migration exceeding +24,000 and rising to the highest levels in well over a decade. 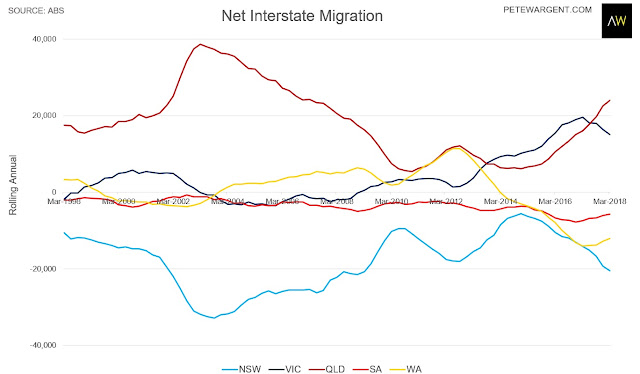 Births continued to exceed deaths by a total of +143,900 over the year to March.

Interestingly, the growth in the estimated resident population of both Victoria and New South Wales last year was considerably higher even than previously thought, to the extent that I've had to recalibrate the chart scale to accommodate Victoria's gold-rush-like population boom. 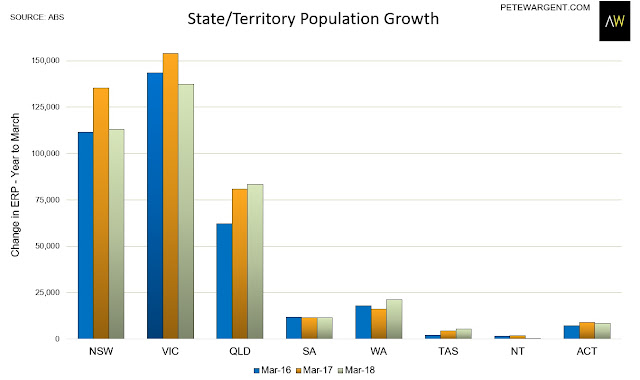 Queensland recorded net overseas migration in the December 2017 quarter of just +1,489, but this rebounded to +11,642 in the March quarter - there's seasonality, of course, but this looks unusually volatile.

No matter, plotted below are the components of estimated annual resident population growth in the Sunshine State over the past two decades. 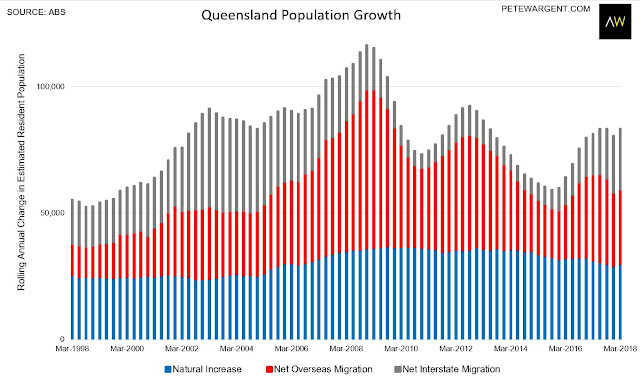 As new inner city apartment starts slow to a crawl this means that some parts of Brisbane and south-east Queensland are now moving towards an undersupply of dwellings again, following several years of flat out construction rates. 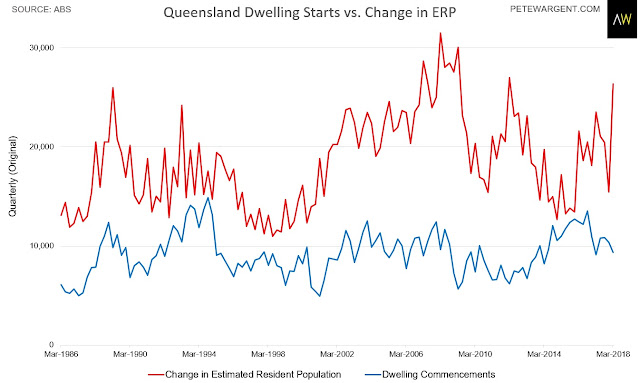 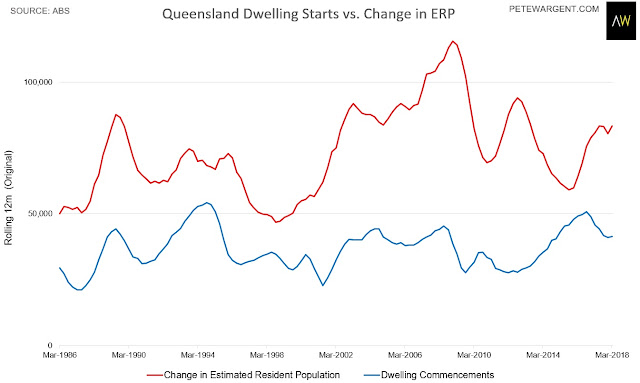 For a detailed breakdown of where people are moving to and why I recommend taking a read of Nick Behrens' work here.

The news is upbeat for Brisbane, recording its quickest population growth since 2012/13, a growth rate of 2 per cent making it once again one of Australia's fastest growing cities.

First, just how poorly Brisbane has fared from a jobs creation perspective compared to the rest of the state since 2010, as denoted by the index reading of well below 100.

And secondly, that things are in positive territory again now for the state capital, with vacancies rising by 3 per cent over the year to August 2018 to 20,400.

With a number of infrastructure projects pending and underway, Brisbane should be able to ramp up employment growth over the years ahead. 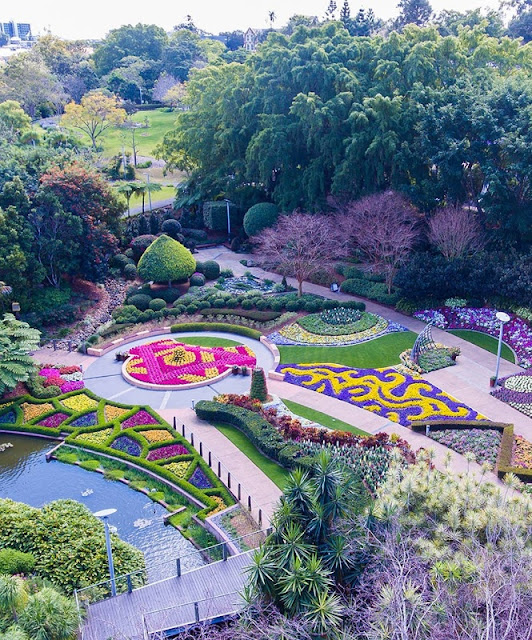