Here's a turn-up for the books, with GDP growth surging to 3.4 per cent in FY2018, the strongest annual growth in 6 years.

The Aussie economy now enters a record 28th year of expansion, with a seasonally adjusted 0.9 per cent growth reported for the June quarter, and the result for the March quarter being revised all the way up to 1.1 per cent.

Yep, that's right - the economy was growing at an annualised 4 per cent in the first half of this calendar year!

In per capita terms (thus accounting for population growth) GDP growth came it at 1.8 per cent year-on-year, which was also the strongest annual result since March 2012.

The economic growth has also broadly followed immigration patterns with strapping growth in Sydney and now a huge lift in Melbourne/Victoria, but a significant drag from Western Australia and the Northern Territory. 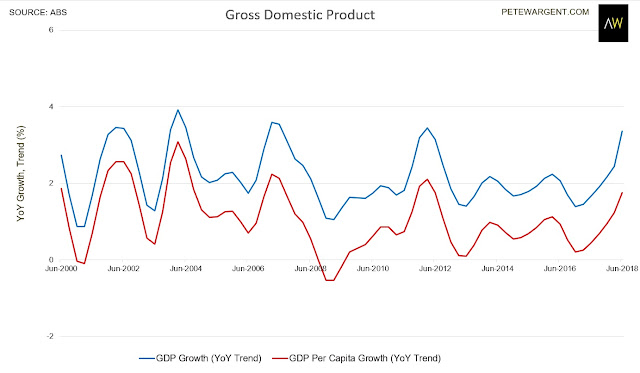 There was strong expansion in the construction sector, driven by Victoria (of course) and South Australia.

Indeed, final demand in South Australia has lifted markedly over the first half of 2018 which is great to see.

There will be all the usual laments about the problems with GDP growth as a measure - that much is a given. 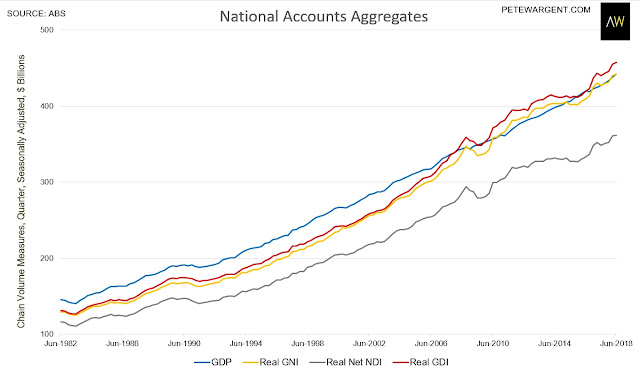 And there's still the full benefit of a coal price boom to come!


Compensation of employees rose 0.7 per cent in the June quarter, with household consumption growth tracking at about 3 per cent in FY2018.

One interesting point is that Phil Lowe of the RBA keeps on noting that mortgage rates paid by households are lower, on average, than a year earlier.

However, I don't believe he will utter those words again after this month. 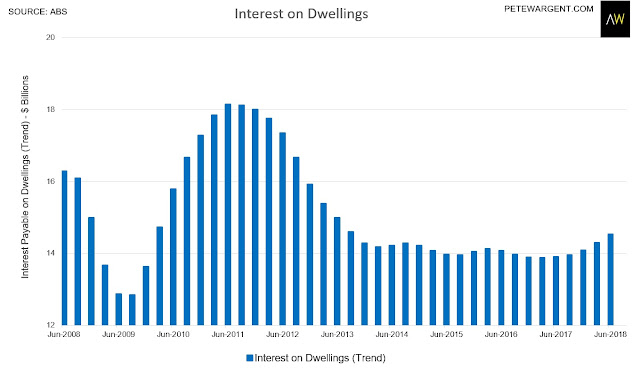 The derived household saving rate declined to just 1 per cent in the June 2018 quarter, although the household income figure looked surprisingly soft given other measures.

Strong year-on-year growth in the economy, then, and a certain level of vindication for business surveys and the Reserve Bank forecasters.

If the RBA's goal is to get the household debt to income ratio to stabilise or decline then leaving the cash rate on hold for a while to come seems to be the most likely course of action for achieving this. 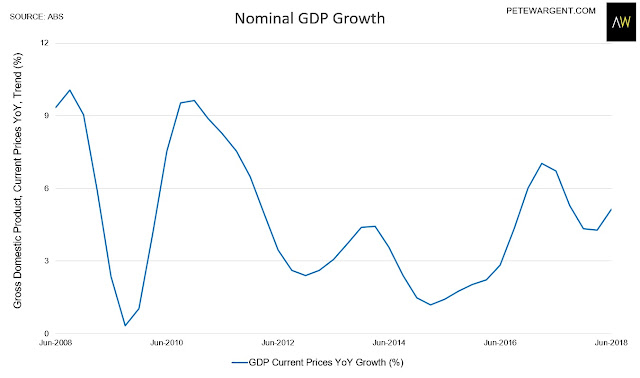 Trend nominal GDP growth was better than over the past two quarters in rising to back above 5 per cent year-on-year. 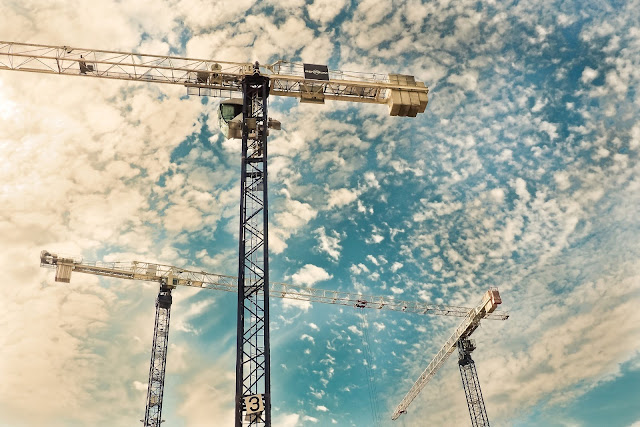