US earnings pick up

The record was nearly broken under another Bush with a 46-month streak which lasted from September 2003 until June 2007, when home sales suddenly began to plunge (the rest of that cycle is history).

Since October 2010 the US has seen an unprecedented 95 months of employment expansion.

Through high debt, a horrendous President, and hurricanes, the jobs have just kept coming.

In August nonfarm payrolls increased by a solid enough 201,000, the headline beating expectations, although the headline result was marred slightly by downward revisions to the two preceding months. 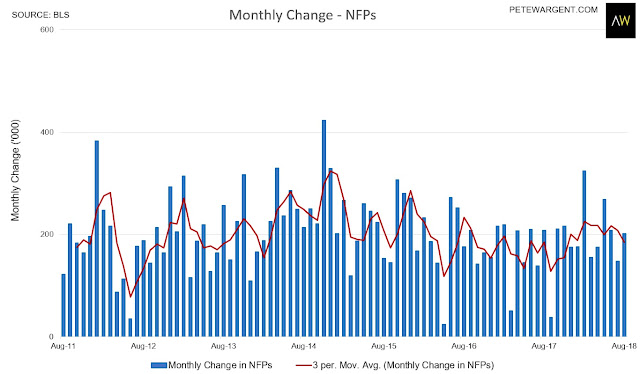 The unemployment rate was flat at generational low of just 3.9 per cent. 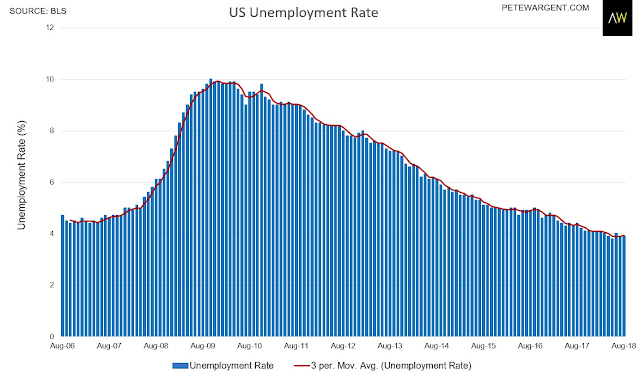 The broader alternative measure of U6 unemployment including marginally attached workers tightened another notch from 7.5 per cent to 7.4 per cent.

Average earnings increased by 10 cents to $27.16, taking annual earnings growth up to 2.9 per cent for the fastest growth of the expansion to date - the best result since all the way back in April 2009. 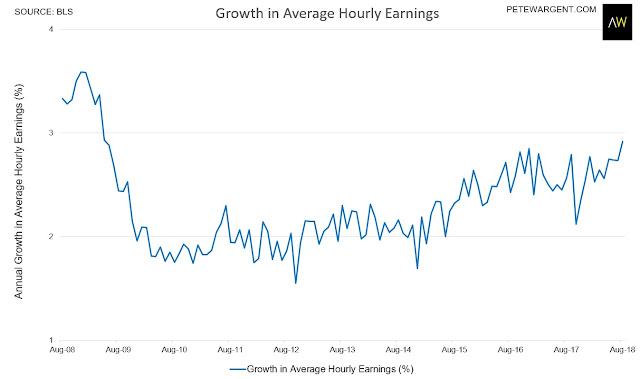 All of which points to a tight labo(u)r market, and should be enough to keep the Fed on track for another hike before the end of the calendar year.