The technical term for this is confirmation bias.

As ever this month's booming jobs numbers were treated with anything from scepticism to outright derision.

And yet the solid results have kept on coming, especially in the two most populous states.

There's another bias that tends to impact people: when things have been bad, they expect bad things to continue.

And quite understandably we're seeing a lot of this in relation to weak private sector wages growth.

After all, soft nominal wage price growth has been around since 2015, so it's becoming quite hard to imagine that pay packets could soon begin to swell again.

But take note, because in some states this may be about to change...

Although it never seems to get reported anywhere, I've shown several times before that while the underutilisation rate is high, in volume measures terms things have been very steadily improving for the past few years.

That is to say, lots of people still want more hours of work, but the numbers of extra hours wanted has been declining over the past four years. 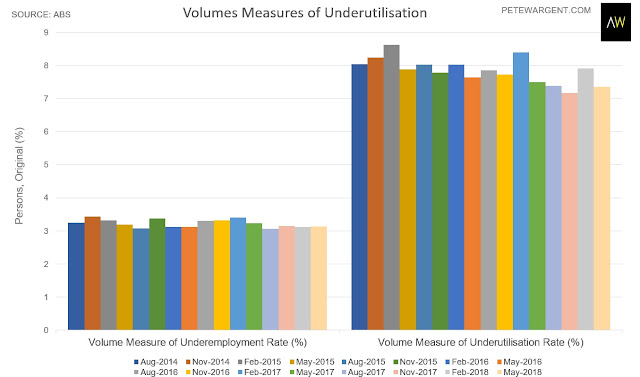 Where is wages growth going to show up first?

The answer is Victoria, with construction firing up across the state on an unprecedented scale. 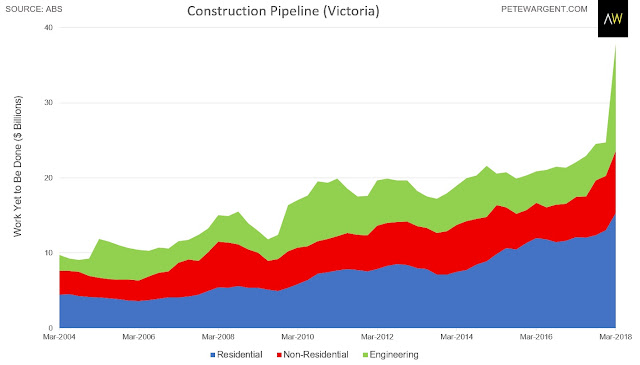 And sure enough this week's figures showed that the underutilisation rate in Victoria has dived from a seasonally adjusted peak of 16.1 per cent to 12.5 per cent, with the trend pointing straight down.

If you listen to the brilliant Business Insider Devils & Details podcasts you'd be well across the following point thanks to the awesome deep-dive analysis of Justin Smirk at Westpac.

Even allowing for potentially rogue seasonally adjusted figures, the trend improvement points to private sector wages growth in Victoria returning to 3½ per cent in due course. 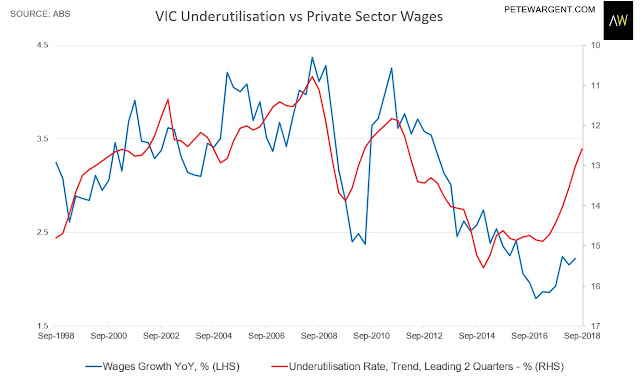 The recent improvement in New South Wales has been a little shallower, but the trend is quite similar, and in fact the unemployment rate in the state is now down to just 4.7 per cent in seasonally adjusted terms.


Here's the paradox of immigration: of course, it adds to the supply of labour, but it also creates demand in the economy.

Indeed, as Smirk has demonstrated previously, the underutilisation in the labour force has not been behaving in a way consistent with it being solely caused by immigration.

And these numbers confirm that he's right, with the tightening labour markets being those where most immigrants are heading to.

The numbers in Victoria and New South Wales keep on improving.

This certainly won't stop the calls for lower immigration, of course, or indeed the predictions of a recession, but these numbers suggest that wages growth should pick up from here.