The jobs figures smoked expectations with a surprisingly massive seasonally adjusted increase of +44,000 in August 2018 to a record high of 12,631,300, with almost all of the gains driven by New South Wales.

Full-time employment was up +33,700 for the month, for another very solid gain.

Total employment has surged by an outsized 2½ per cent over the year, or an increase of +306,400 additional jobs on a net basis. 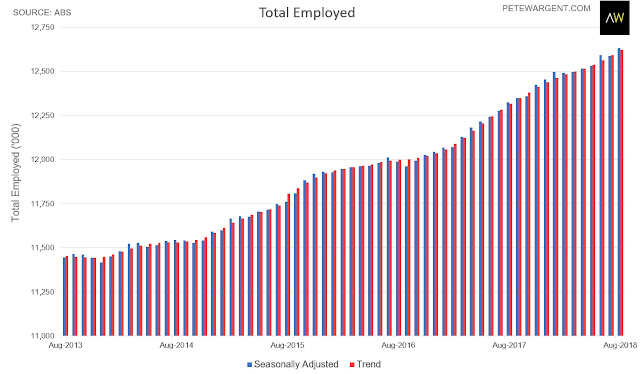 The trend unemployment rate declined a bit more to 5.3 per cent, down from 5.5 per cent a year earlier. 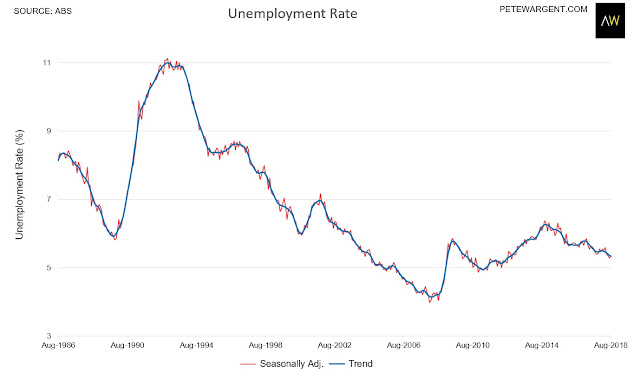 Zooming in the unemployment rate chart shows that significant progress has been made since 2014. 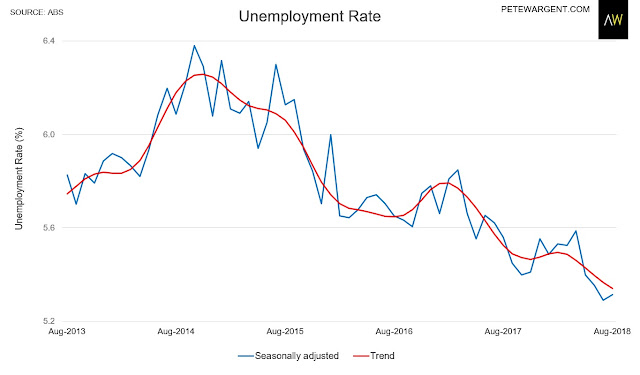 Some states might be in line to experience a bit of private sector wages growth, especially Victoria.


Around the traps: full employment for NSW & VIC

Jobs growth was also solid in Victoria and Queensland over the year. 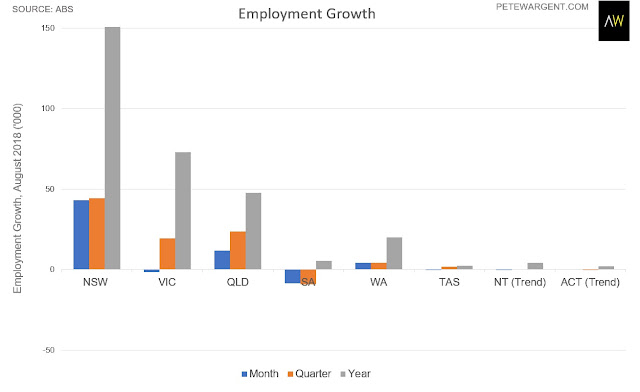 The huge result in New South Wales was enough to see the seasonally adjusted unemployment rate in the state plunging to just 4.7 per cent, well below the 5 per cent rate deemed to be 'full employment'.

As anticipated, Victoria's epic construction boom is also leading towards full employment, with the state's unemployment rate diving from 6.2 per cent a year earlier to just 4.8 per cent in August.

The smoother trend figures confirm the marked improvement for Victoria. 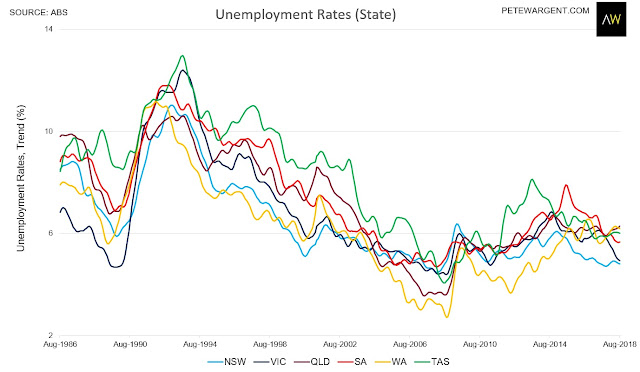 Elsewhere, however, still a tonne of labour force slack...


The weakest part of the release?

Without doubt the growth in monthly hours worked, which has not increased anywhere near as quickly as employment over the year to August. 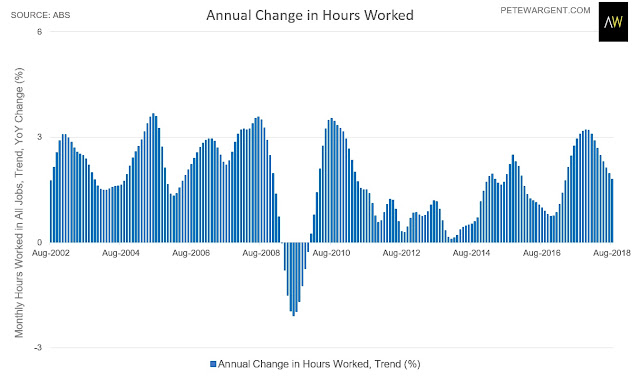 A corker of a result, really.

But something of a mixed picture is emerging, with New South Wales and Victoria shaping up best, and the other states mostly languishing.