Pushing risks to the shadows

While we all agree that we want there to be sensible behaviour to avoid problems arising in the future, some of the examples that brokers and borrowers have cited to me this week of scrutiny of household expenses have ranged from the sublime to the ridiculous.

There seems to be a pervasive theme in a lot of mortgage market commentary that 'something must be done' to stop mortgage brokers and lenders from...well, mortgage broking and lending, without too much explanation of what ever more paperwork and checking of expenses is actually going to achieve.

Like anyone involved in real estate, of course, I want to see transactions happening and don't want the market to get gummed up.

But surely more regulation is better? Or is it?

Here are three reasons why less might be more when it comes to scrutinising household expenses.

Hard to believe, I know, but I was once a young person with a vibrant social life.

When I bought my first home my bank statements for the preceding 12 months would have shown a hugely profligate trend in transactions ranging from Jupiters Casino to junkets in Java.

When I bought my first home, I reduced the wasteful expenditure.

When the standard variable mortgage rate later looked as though it was set to lurch into double-digit territory I fixed my rates out for five years (yeah, I know...hindsight), and then cut back my discretionary spend some more.

There's no logical reason why someone's spending habits in the twelve months before they buy a home should be exactly the same as the 12 months post-purchase (if anything, they should be very different).

If new mortgages are being assessed at 7¼ per cent serviceability, then who really cares if someone spends 20 bucks on a Domino's pizza once in a while?

Perhaps for marginal applications small incidental expenses are worth looking at - perhaps - but where bank servicing is passed by a clear couple of grand per month? Gimme a break.

Mortgage arrears are low. Loss rates on mortgages could barely go lower than they already have, being as close to nil as you'll ever see.

Is over-analysing how people spend their salary before they buy a home going to help in any meaningful way? 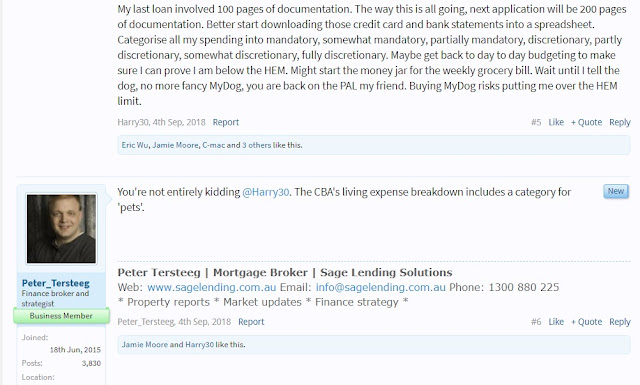 Of course, once the loan is written there's nothing to say that the borrower won't go on a spending splurge after 12 months of credit card thrift. So what does all this achieve?

Surely we don't want to discourage all risk-taking? Within reason we should want people to borrow, invest, construct dwellings, spend money.

Arguably this kind of administrative deterrent is creating at least as many problems as it solves.

3 - Pushing risks into the shadows

An overarching point is that fighting the last war and over-regulation can simply push risks elsewhere, or even into the shadows (e.g. new foreign-backed non-bank lenders).

I haven't got the energy to write any more on this today, but some of the chat about what mortgage brokers should be asked to do is increasingly bordering on the insane.

It's well recognised that mortgage lending standards in the past were not always up to scratch.

Like anyone with half a brain I'm all in favour of sound lending standards, which thankfully Australia now has, as anyone who's applied for a mortgage over recent years knows.

But do we really need forensic analysis of household budgets? Seriously? 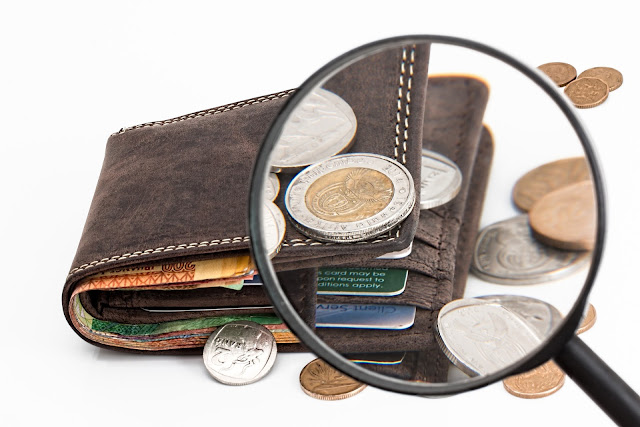