There were 301 new known cases of COVID-19 in Australia today, which is a lower figure than yesterday (with Tassie still to report).

Australia has now run some 75,000 tests over the past week - with 2 to 3 per cent testing positive on most days - and to date there have been 21 deaths.

Community infections are now starting to show up in the figures, including a cluster of 13 known cases from Adelaide Airport. 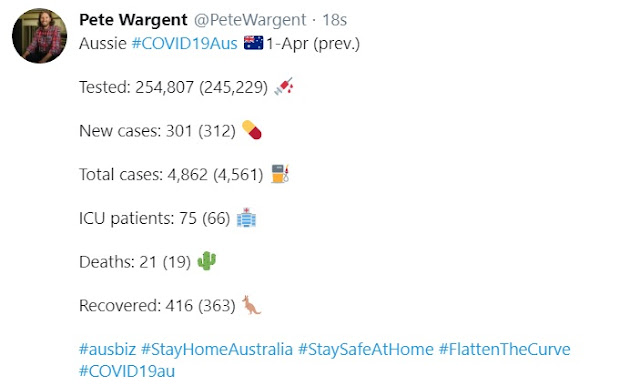 But overall there's been no exponential increase in evidence for the past 10 days in Australia, which is promising.

This is in spite of reports than in some parts of the country folks still aren't taking the restrictions seriously enough. 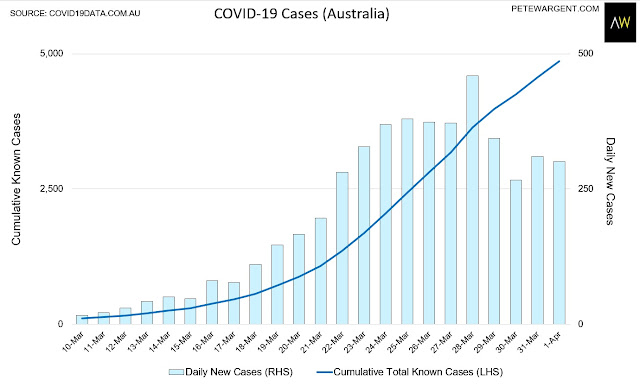 And on the log scale chart the curve has been flattening out for Australia (the red line highlighted below) and New Zealand. 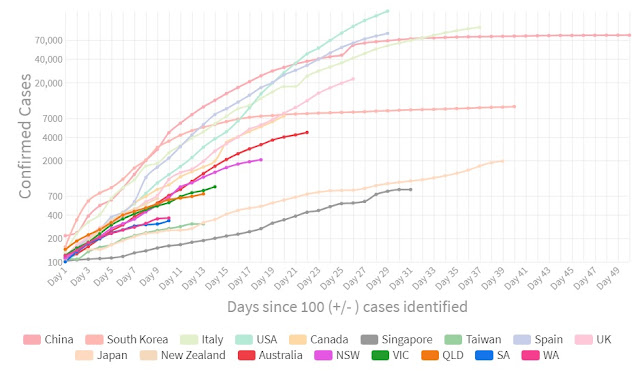 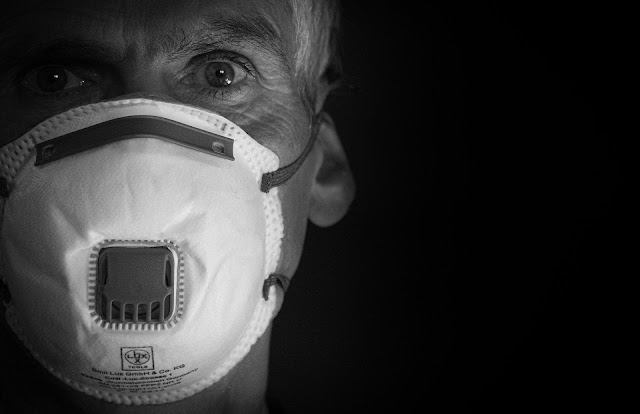