Writing a daily blog is an odd thing sometimes.

On various occasions there doesn't seem to be anything much of interest to write about at all, so I end up analysing the minutiae of a spike in Canberra's retail figures due to the opening of a new IKEA (or whatever).

At other times there's so much going on - and of such infinitely greater importance - that writing a bite-sized blog to tackle or summarise the day’s or week's news is essentially impossible.

This week, the US Federal Reserve unleashed another mammoth US$2.3 trillion bazooka to bail out US corporations and markets, on top of the massive measures already previously taken, both by the central bank and the government.

There's been so much stimulus in recent times that it's hard to get one's head around the latest numbers.

This will include US$500 billion to buy munis.

And the Fed stands ready to buy downgraded junk.

And junk ETFs as well.

And PPP, and CARES loans, and SPV...in short, the Fed will basically buy, bail out, or support anything with an acronym or an abbreviation.

No bankruptcies must be allowed!

Junk bonds have accordingly rallied the most in decades.

Whether you think these actions are a good idea, kicking the can down the road for failing business models, or even the 'right' thing to do, this is what's actually happening, and Powell is beginning to make Bernanke look like a veritable plodder by comparison.

There will be plenty of further quantitative (and qualitative) easing and balance sheet expansion going on right across the world from the US to the UK, and from Europe to Japan, while even Australia is now engaging in its own version of quantitative easing. 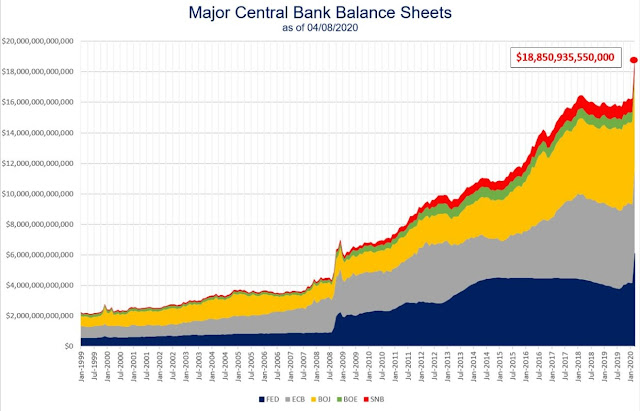 The growing belief that the Federal Reserve will continue endlessly to take additional actions as required has led to something of a Cantillion effect in equities, whereby the change in the money supply drives prices higher (the effect is named for the 18th century French philosopher of the same name, who believed that you must be close to the king to benefit most handsomely).

It’s frankly absurd to consider that the S&P 500 is now levitating at the same level it was at in late May 2019.

At the moment liquidity seems to be the oxygen and more important than earnings (or indeed any other fundamentals), which are about to crater so hard that the PE ratio could blow out to ~25x.

This is bordering on insane given the economic fallout unfolding across America; normally during a recession the PE might fall to about half that level.

I'll gladly take the other side of that bet and sit in cash for now; it seems plausible to me that the fastest dropping bear market history might see some of the biggest pops too.

The Wall Street Journal breathlessly reported this week that the Dow has posted a couple of its 'best' weeks on record this year.

It might pay to check the small print, though.

All but one of the other 'best weeks' were during the Great Depression, a period through which the Dow lost almost 90 per cent of its value. 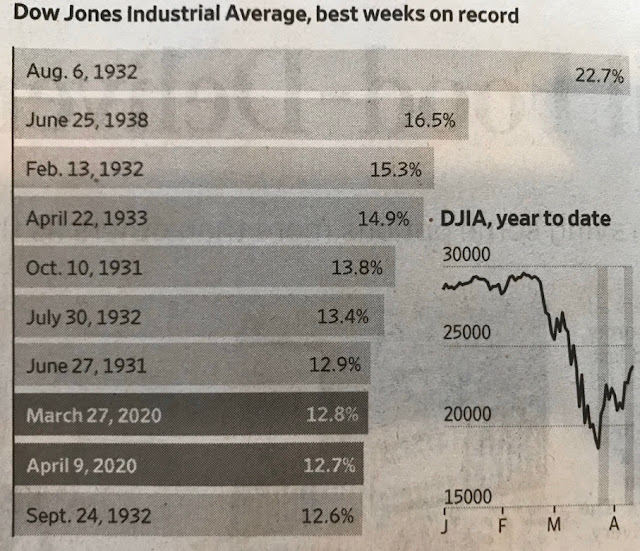 This all feels rather like February earlier in the year when euphoric stock markets posted fresh all-time highs despite the rapid spreading of the Coronavirus, before they promptly fell by 30-35 per cent in record time. 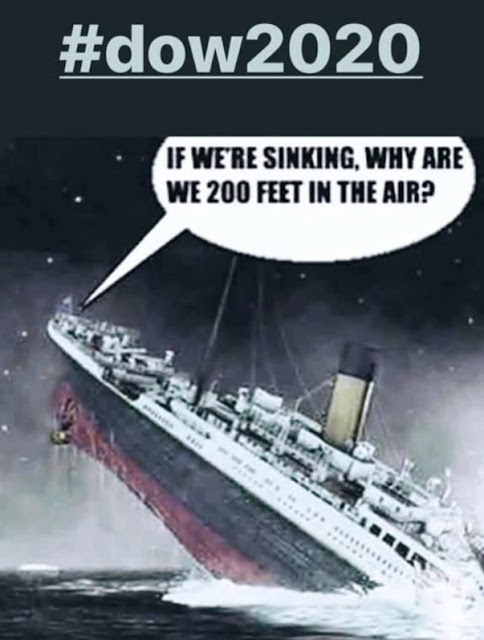 The US CAPE ratio has bounced to a historically expensive 26.3, yet we'll soon be heading into an earnings season where the downside risks will become all too apparent.


And it's not like earnings growth was running at strong levels even before the pandemic, lest anyone needs reminding.

Given that 16.6 million American have already lodged initial jobless claims in only three weeks, the US unemployment rate looks likely to soar to 20 per cent, and possibly even higher.

It's quite some juxtaposition! 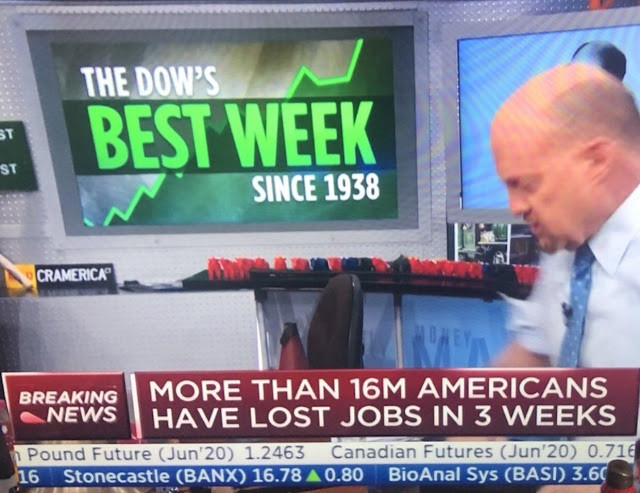 Waiting for a fat pitch

I'm all for an optimistic view of the world, and maybe markets are looking across the valley to the other side of the recession and a strong rebound in earnings in H2 2020.

But the US now has more than 560,000 cases of COVID-19 at the time of writing, and more than 22,000 deaths, representing a death toll which is mounting frighteningly fast (it will be more before I've finished writing this post).

Stocks are now pricing for a violent V-shaped recovery, so something has to give.

For sure there is a case to be made for Aussie stocks being less extravagantly priced after their big declines through February and March, and it's certainly true that we've made wonderful progress to counter the domestic spread of COVID-19, comparatively speaking. 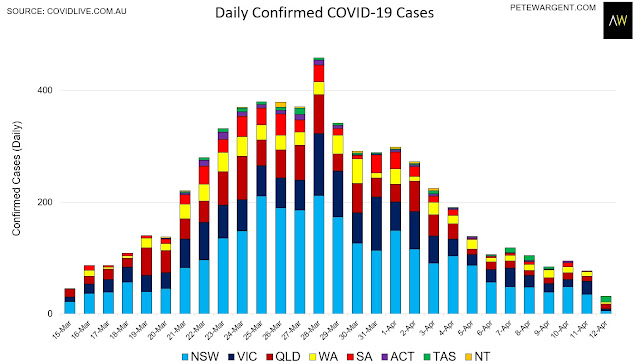 However, the past two decades have shown that global markets are more moving in a more synchronised manner than ever before, so equities here won't be immune if the US turns down hard.

And anyway 'stock markets might not crash' hardly sounds like the most compelling investment thesis I've ever heard. 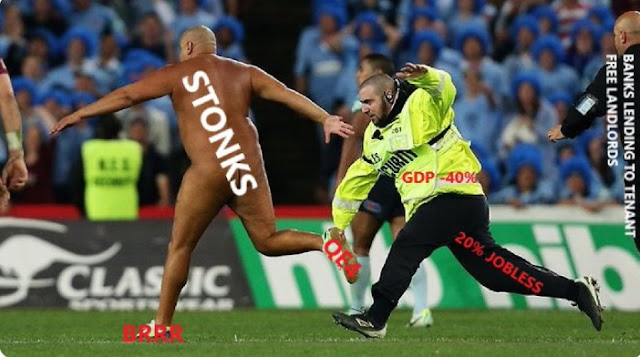