After the initial guillotine strike US stocks have still been levitating at enormously high valuations, after accounting for the inevitable drop in earnings.

And this is in spite of a locked in recession, and a previously unfathomable 26 million folks filing for unemployment across only the past five weeks.

To put that in context, it took the powerhouse US economy fully 10 years to create 22 million new jobs on a net basis, and just five weeks for 26 million jobs to be wiped out. 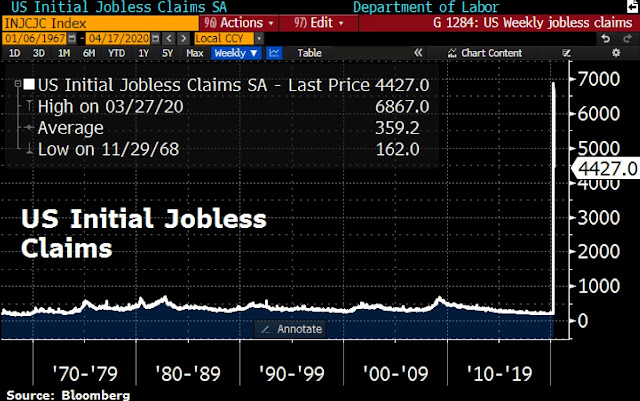 The word 'unprecedented' is being bandied around a lot right now, but this is...well...a unique situation.

On to stock markets.

Yes, markets are well down down from the highs, but with earnings getting crushed forward P/E ratios are now trading at 19.1x, which is even higher than the enormously expensive valuations we saw around the turn of the year.

At first blush is mind-boggling given the wrecking ball that has blasted through the US economy.

In fact, the recent rebound has been the fastest since the Great Depression, following on from the fastest -34 per cent crash on record.

The forward P/E is now hovering waaay above the 5- and 10-year average, despite the deeply recessionary outlook. 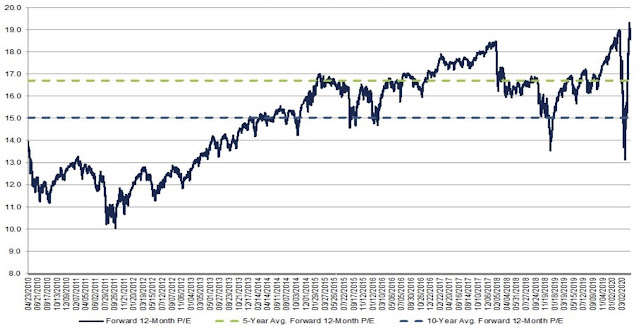 
Factset reported that year-on-year earnings were already down over four of the five past quarters -even before the Coronavirus recession - which is an interesting insight into how irrational stock prices were becoming.

As Shiller has pointed out previously, it's not the earnings which are much changed much through the market cycle, but rather the increasingly speculative price that people are willing to pay for those earnings.

Now consider that if earnings were to fall by say, a quarter, which seems likely, then the P/E may in fact be above 25x, which is alarming (refer back to the above Factset chart for some context).

Analyst consensus is for year-on-year earnings to be down by -32 per cent in the second quarter of 2020.

Now it's often said that markets are forward looking, so perhaps investors are looking a looong way across the void to such a time when earnings can rebound again.

But realistically there can only be one explanation for these outlandishly high stock market valuations, and that's the US Federal Reserve has been expanding its balance sheet at an absolutely furious pace. 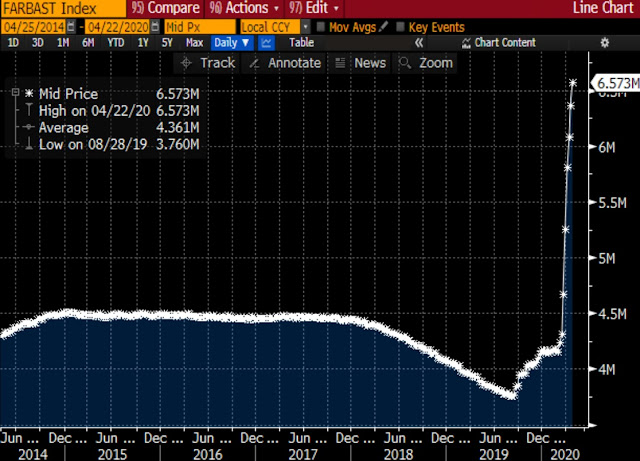 You only need to look at markets which the Fed can't touch (cf. the recent implosion in oil prices) to see the true state of play.

The question thus becomes: can the Fed overwhelm the natural decline in stock markets by creating more and more money out of thin air?

It's not a bet I would take on - in the last recession the PE ratio fell to 10 - but it will be an interesting one to watch. 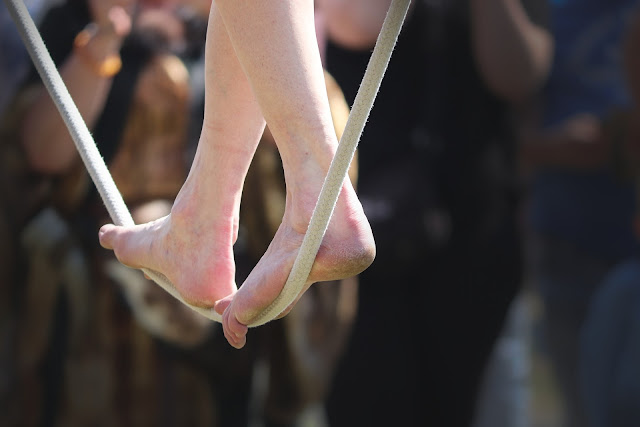