There's been very little to discuss in terms of housing markets for a few weeks, with no open homes allowed and just a handful of online auctions.

Domain reported its Q1 median prices this week for houses: 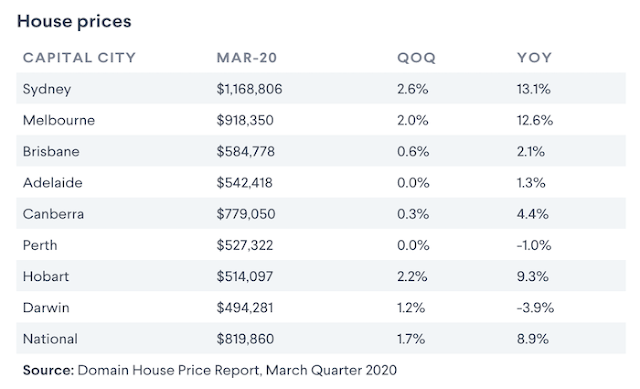 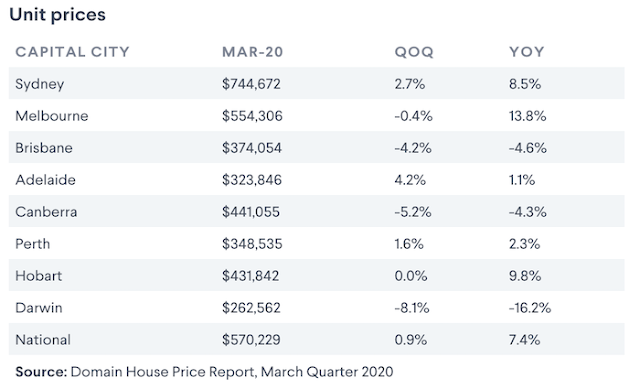 Property Observer ran through the numbers and outlook here, including the Domain forecasts for 2020 and 2021.

Meanwhile Chris Joye reported at the AFR that Sydney and Brisbane prices have continued to rise through March and April, and that there will be no sharp downturn.

Prices will either be flat or drop by 5 per cent at most, forecasts Joye, before the up-cycle resumes.

Listing volumes and transactions have been so thin that's it hard to get a read on things.

There still seem to be plenty of buyers around for apartments in Sydney - just look at some of the prices achieved through March and April - but there's been more caution for homes at the $2 million plus level, and the same is reportedly happening in Melbourne.

This is a very good time to do your own research on what's selling in your local market, with all sorts of different commentators pushing various barrows as usual. 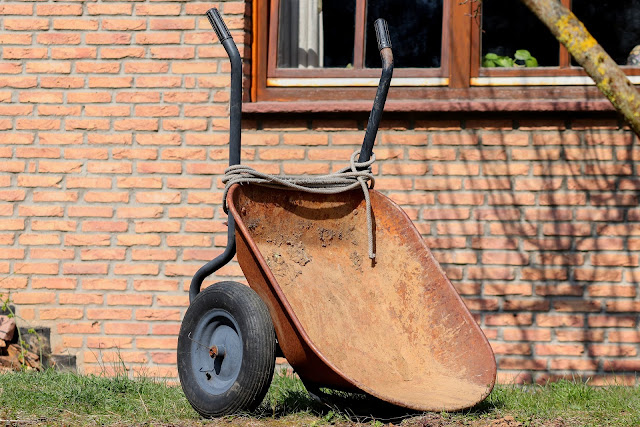