Scott Morrison noted today's surprisingly modest unemployment figures in this afternoon's press conference, but also noted this is as good as it'll get for some time, warning Aussies to expect sobering news ahead.

It was an interesting choice of words given that credit card statistics have previously shown a rampant surge in bottle shop visits across Australia since the pubs closed, but the sentiment was bang on.

Market economist consensus had been for a substantial drop of -30,000 for total employment, with this month's guesses forecasts ranging between -15,000 and -105,000. 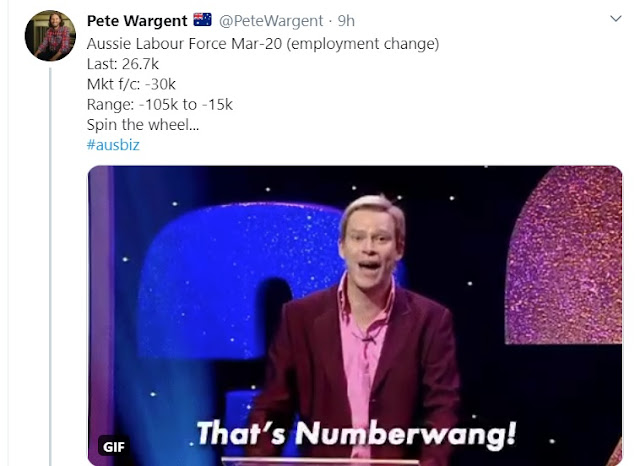 Not for the first time even this outrageously broad range was wide of the mark, with total employment increasing by +5,900 to a record high of 13,017,600.

The ABS explained that the figures largely related to the first two weeks of March, thus missing the recent spike in job losses. 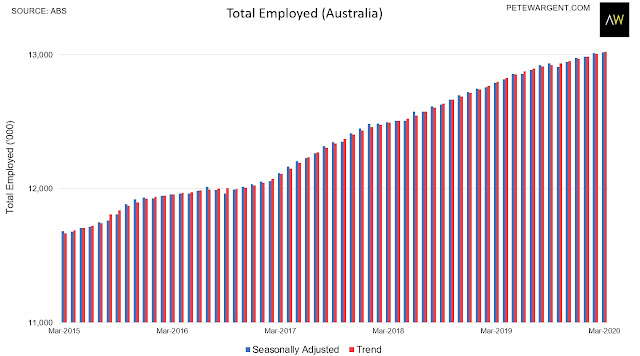 With that nugget of information in mind, the rest of the figures were rendered somewhat less interesting, but here they are anyway.

The participation rate was broadly steady at 65.98 per cent, and the seasonally unemployment rate did increase, but only to 5.23 per cent. 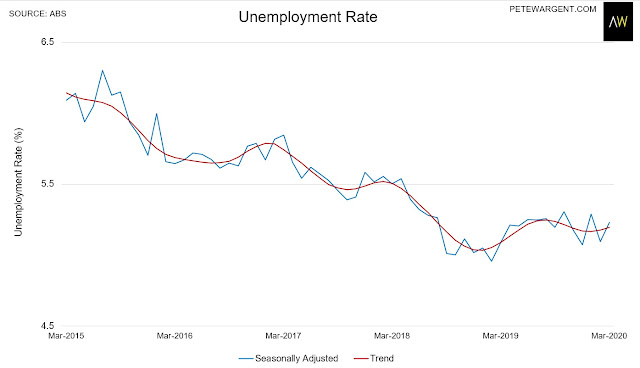 At the state level unemployment rates were essentially converging up until March. 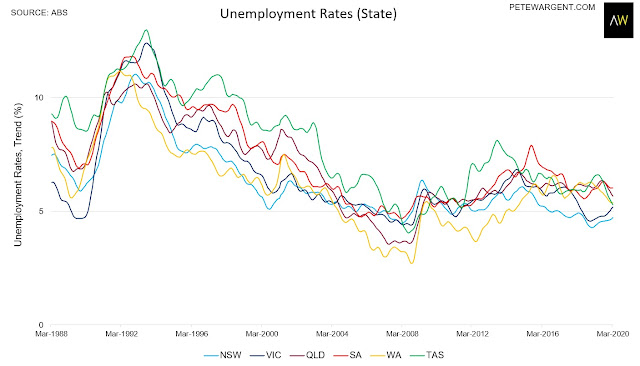 The monthly numbers are pretty noisy, but the earliest job losses appear to have been seen mainly in New South Wales and South Australia. 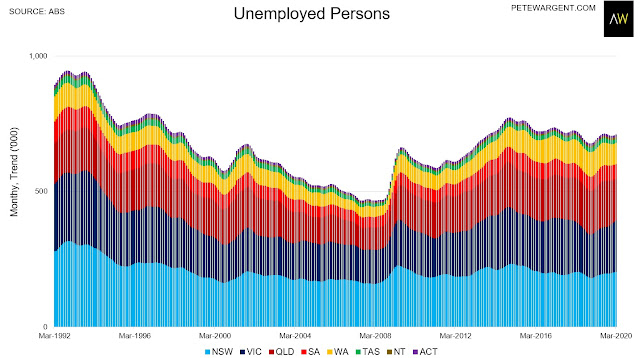 And the trend annual change in hours worked was unsurprisingly in decline. 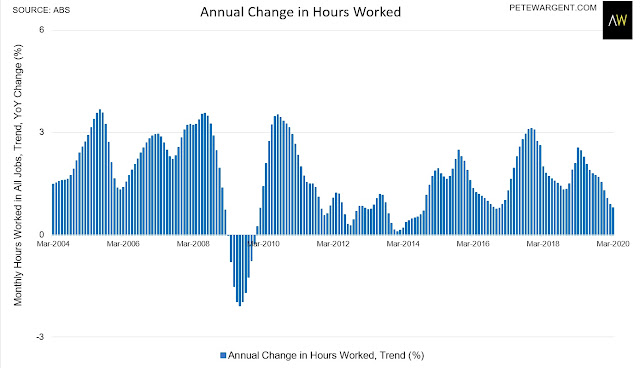 Overall, although underemployment was already on the way up in the March figures, this month's report captured only the mere beginning of the impact of the COVID-19 virus, and the coming months will be far more telling.

It's anybody's guess how high the unemployment rate could run - 10 per cent might be a reasonable base case - given that so much depends on how quickly businesses can be allowed to hum back to life.

It's a monumental task for the ABS just to calculate the size of the population and labour force right now, given that temporary visa issuance has now dropped sharply.

On the one hand, the population will still grow naturally (births minus deaths) by about 150,000 per annum.

On the other hand an awful lot of short-term and student accommodation is now effectively underutilised by tourists, international students, and other temporary entrants, which will have an knock-on impact to the rental market...even as the rental supply dries up.

Morrison spoke of four further weeks of restrictions in today's press conference, but there will be an almighty push from retailers and other industries to be able to operate more freely from the back end of this month.

That's especially so given today's figures showed just 19 new confirmed cases up until 9pm, with 8,626 tests carried out over the past 24 hours and with Tasmania still report the latest news on its 'Burnie cluster'. 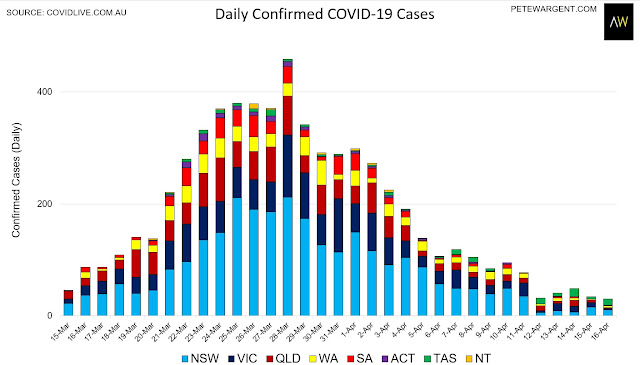 There were no new deaths reported today, and there was another sharp drop in ICU cases, to just 67.

The 10 new cases in north-west Tasmania represent a concerning cluster.

But overall this was another day when recoveries exceeded new cases. 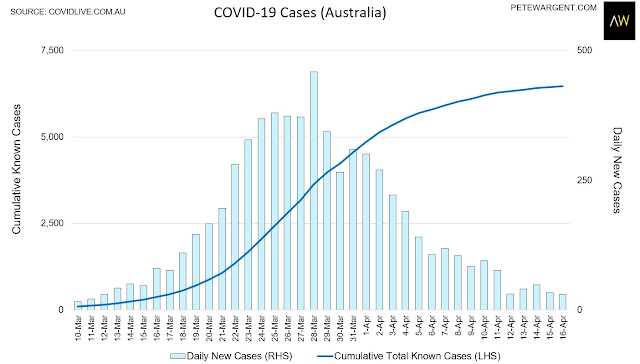 Australia appears to have dodged an enormous bullet in terms of the number of virus cases; the next question will become how well can Morrison chart the way out of the shutdown? 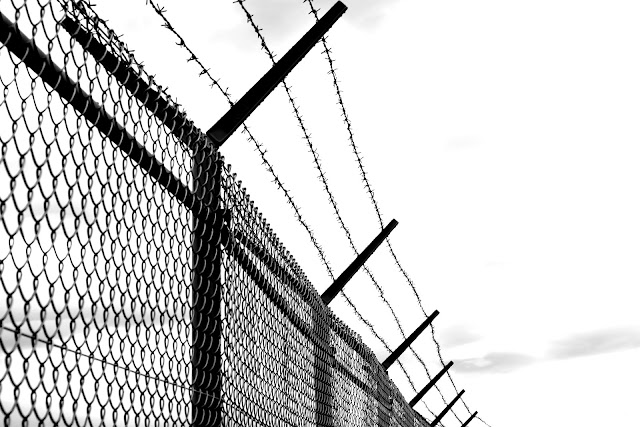