Housing conditions were strong up until the end of February, the last of the pre-Coronavirus data series showed.

Total housing lending was fairly steady at $19.5 billion, representing an increase of +13.1 per cent from a year earlier, mainly driven by homebuyers. 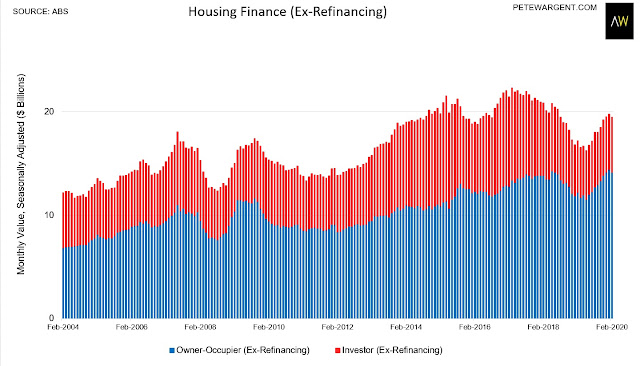 First homebuyer commitments rose to the highest level since 2009. 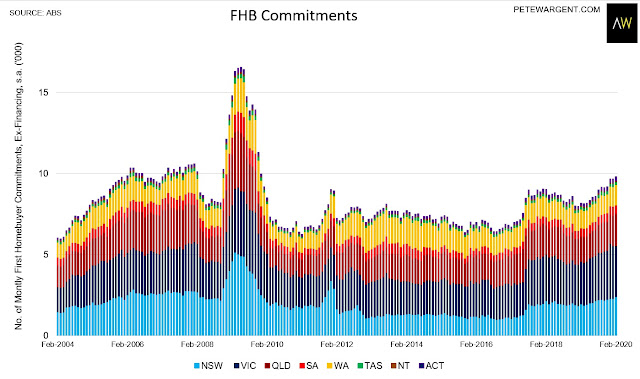 At the state level, homebuyer loans (ex-refi) in Queensland and Western Australia were strong, while New South Wales and Victoria saw a partial retracement, although volumes in these states remained +15 per cent and +20 per cent higher than a year earlier respectively. 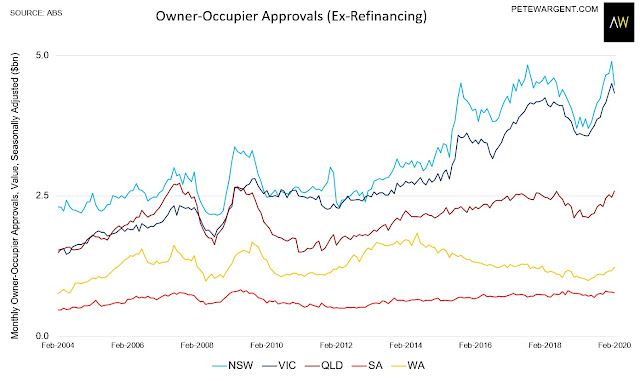 For home buyers purchasing existing dwellings the average loan size was steady at a near-record high. 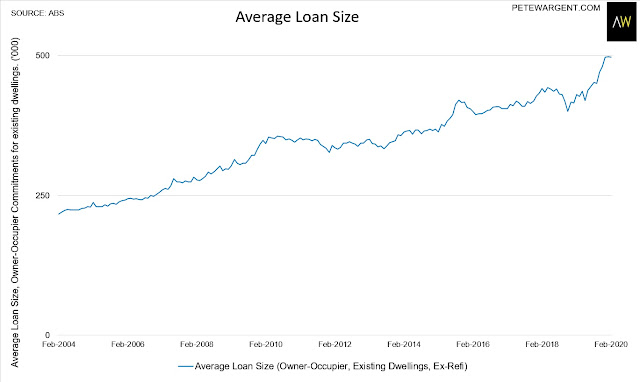 There was some variation around the states, partly impacted by refinancing activity. 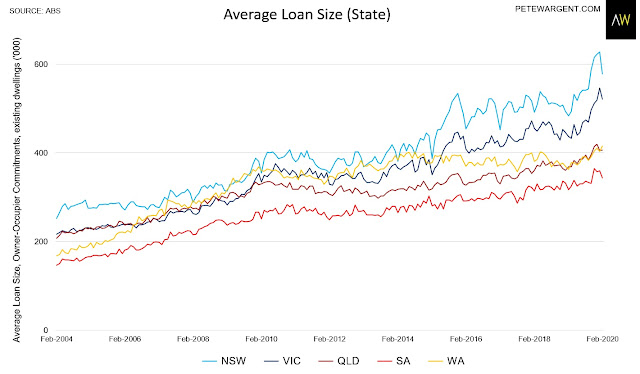 Overall, lending volumes were considerably stronger than a year earlier up until February 2020, but transaction activity is now expected to drop sharply through March and April as movements are restricted. 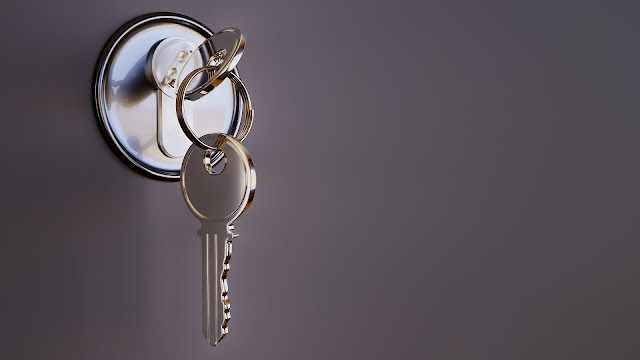