Another 6.6 million US initial jobless claims this week, taking the total for the last three reports to a devastating 16.8 million.


There will obviously be some tremendous repercussions from this.

Stock markets have rallied this week as the Fed has unleashed a stimulus of unprecedented scale, including practically seizing control of the entire US bond market.

The Fed's balance sheet has taken on an almost comical trend.

Capitalists on the way up... 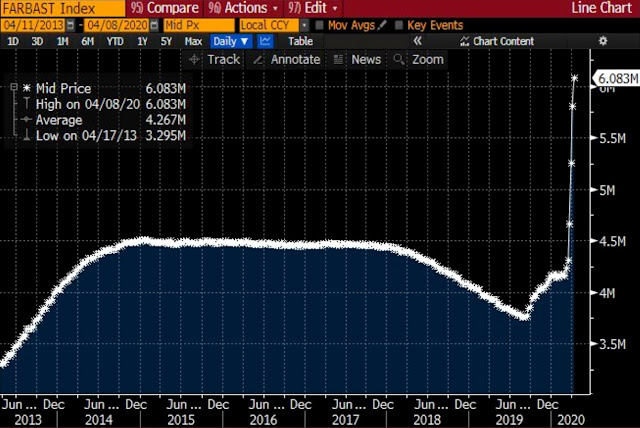 The OPEC+ meeting this week was a good opportunity to sell the rumour in oil stocks (buying the fact will likely follow in time).

Although the oil price war officially might be 'over' there's no way the mooted cuts to supply will be enough on their own to put a floor under prices given that demand is stuck an almighty rut, and there will doubtless be better buying opportunities ahead.

Discl: As such, I've taken the opportunity this week to lighten up even further, now moving overwhelmingly to cash.

There's no way on earth that there won't be investment opportunities arising over the next year or two, so I'm more than happy to prepare a watchlist and wait for the opportunities to come.

This equates to an increase of just +1.4 per cent, which represents a tremendous improvement from +3.5 per cent on Saturday of last week. 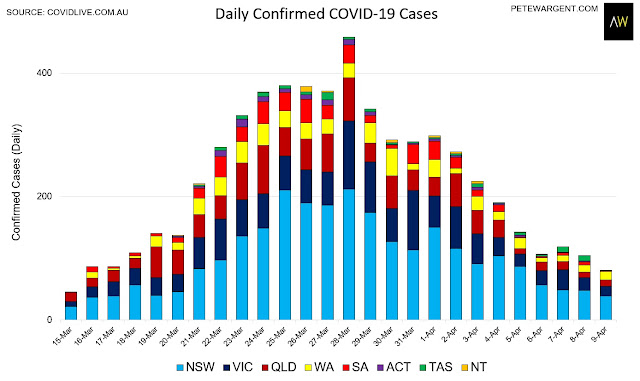 Some states and territories are now seeing so few new cases that they seem likely to head the queue for reopening for business soonest.

The Northern Territory has seen only two new cases since April 4. 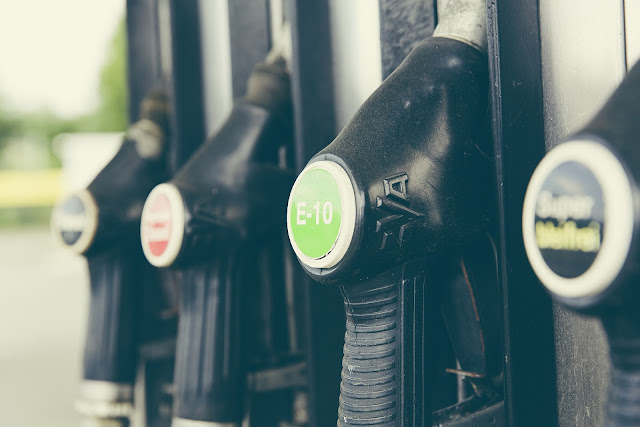