In fact, it was already tailing away by the end of February. 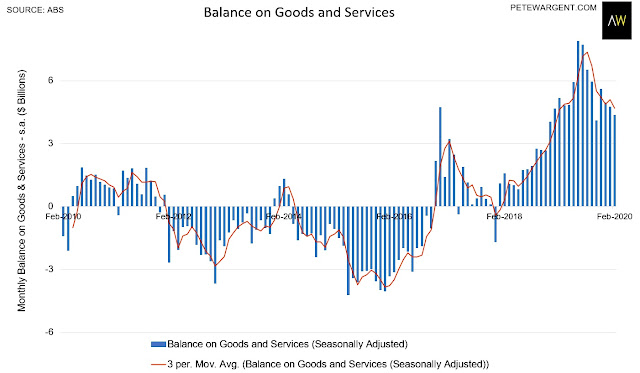 Coal exports were dropping away in the early months of 2020. 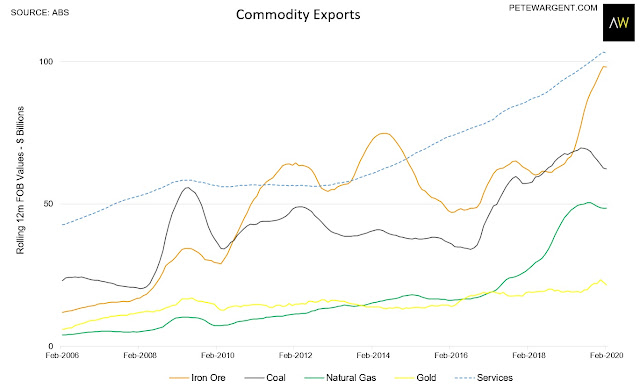 And commodity export values had rolled over. 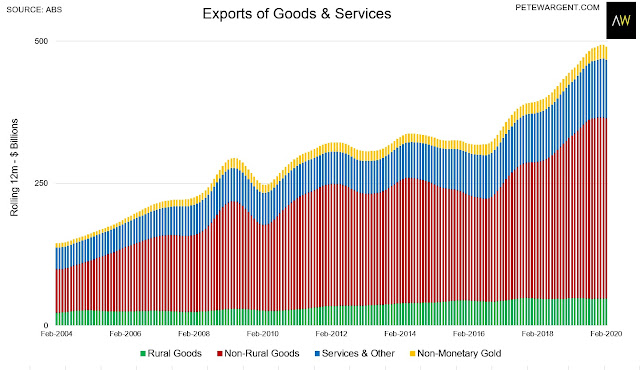 Worryingly, even in February services credits were hammered, as tourism began to dry up. 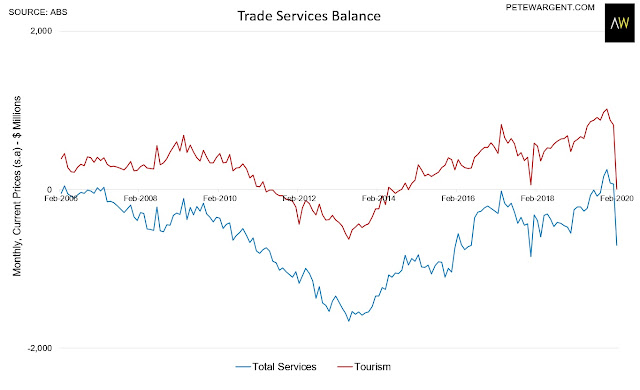 The Reserve Bank didn't sugar-coat anything in its Minutes today, predicting a sharp contraction in growth and a substantial rise in unemployment.

The RBA noted that financial markets have been operating somewhat more effectively, partly thanks to central bank measures around the world, with a starburst of co-ordinated fiscal and monetary stimulus coming down the pipe.

Borrowing costs for some new borrowers are declining, but note that these trends impact borrowers on a case by case basis, and in some respects lending standards and assessments have been tightening and becoming more conservative. 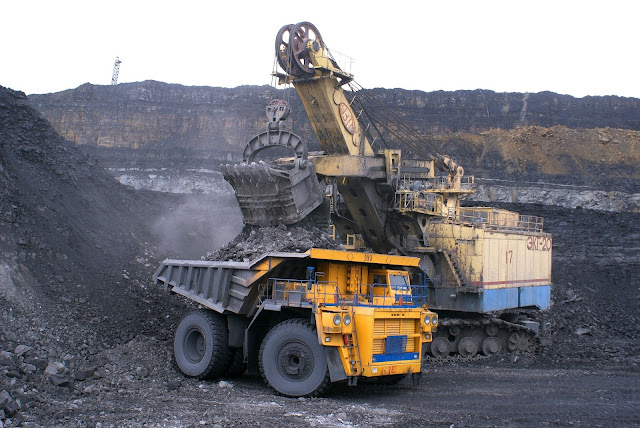