Annual headline inflation hit its highest level in 5½ years in the March 2020 quarter.

The quarterly result of +0.3 per cent saw the headline result at +2.2 per cent, largely driven by tobacco and alcohol, education, healthcare costs, vegetables, and some other foodstuffs. 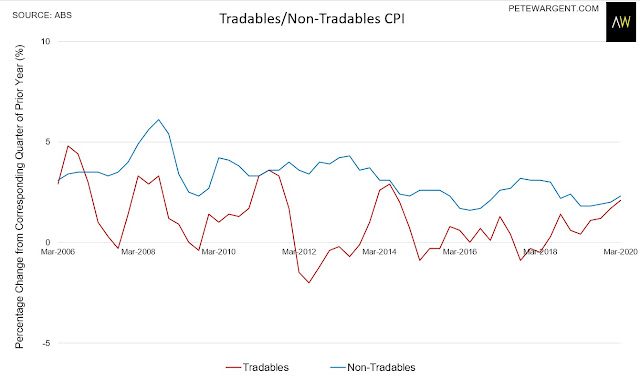 The RBA never did get to hit its 2 to 3 per cent target on the core measures, though.

For the wonks, here are the figures for the analytical measures: 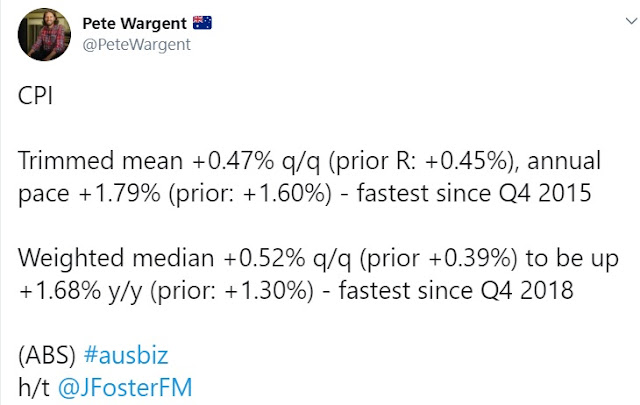 The underlying measures have continued to undershoot since 2015. 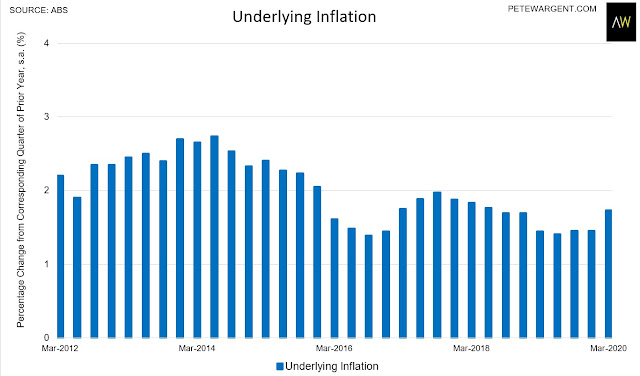 Despite the stronger figures this quarter, next time around in all likelihood we'll be back to  material undershooting.

Childcare alone could wipe off a percentage point in Q2, while data king James Foster tells me that Brisbane fuel prices at the bowser plunged as low as 87.9 cents today, so that's another 0.8 or so off Q2 inflation (except perhaps in the unlikely event that oil prices bounce over the coming weeks).

This is great for consumers...it's just a shame we don't actually need any fuel at the moment!

You can follow James Foster's detailed analysis, as always, here.

The Reserve Bank's inflation target is supposed to be 2 to 3 per cent, on average, over the medium term, but core inflation has barely troubled the target range for the past half-decade as the economy has meandered along.

Given that rates won't rise until there's 'meaningful progress' towards full employment, you can pretty much forget rate hikes for a few years. 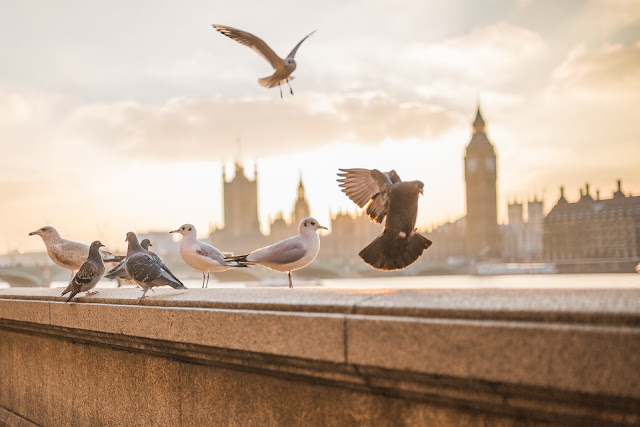