There's been a fair amount of talk about negatively geared landlords, and whether they might need to sell property during the rental market disruption.

You should never judge a 20-30 year investment on what's happening right now, but it's nevertheless worth taking a look at the current state of play.

With the Airbnb sector effectively shuttered at the present time some areas have seen a 5 to 10 per cent jump in rental listings as landlords seek tenants, especially in areas that are generally popular with students, holidaymakers, or short-stay lets.

With the borders also effectively closed to New Zealanders, tourists from China and India, and international students, there's likely to be a scramble for tenants over the coming months.

On the flip side, of course, Aussies aren't heading overseas either, so the net effect is less pronounced. 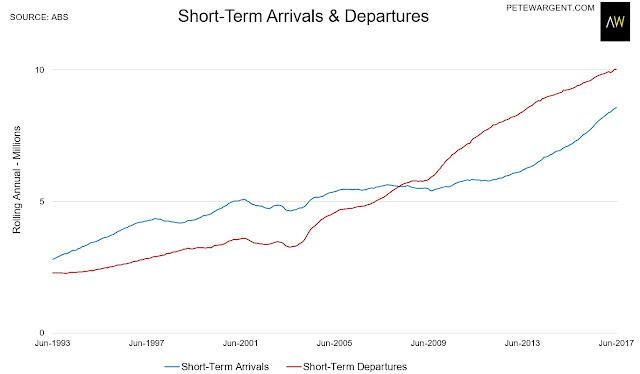 The New South Wales State Government looks set to do its part with the apartment overhang by buying up unsold new apartments from developers.

The compensating good news for landlords is that some of the available mortgage rates have plunged over recent months. The latest figures aren't available yet, but when they are they'll probably show that interest cost serviceability is back to where it was about 35 years ago. 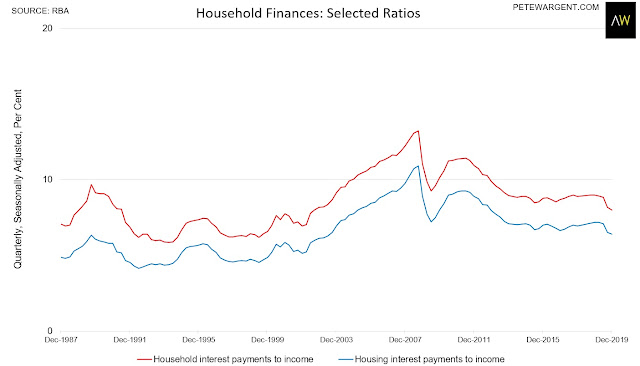 Some of the 'rack rate' variable mortgage rates are still unreasonably high for investors, but for those taking a  moment to shop around rates may now be very low indeed. 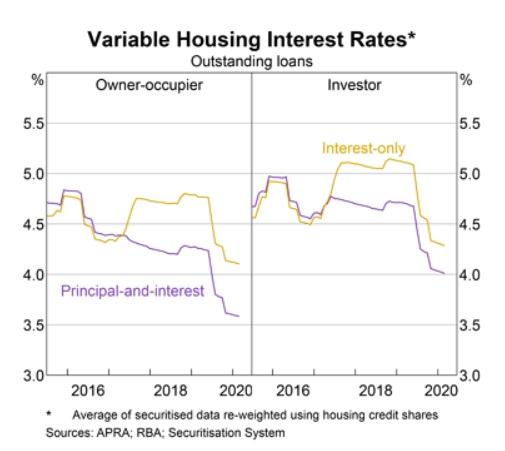 New owner-occupiers can secure mortgages from close to 2 per cent in some cases, while rates tend to be higher for investors.

A lot of the statistics quoted on the number of negatively geared landlords are years out of date (the figure was 1.3 million in 2016-17, but interest rates have nosedived since then, so the figure would be lower today). 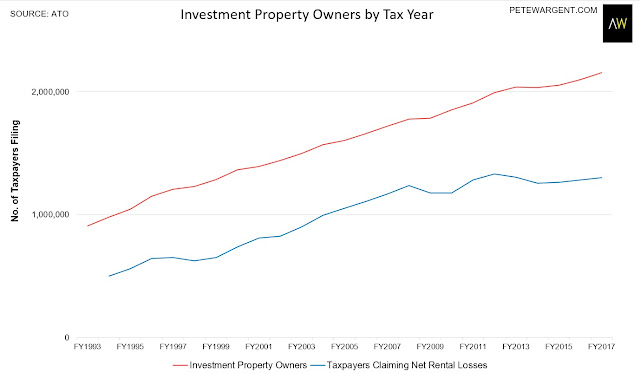 Even assuming flat rents, a stylised model suggests that net rental losses will now be the lowest in years. 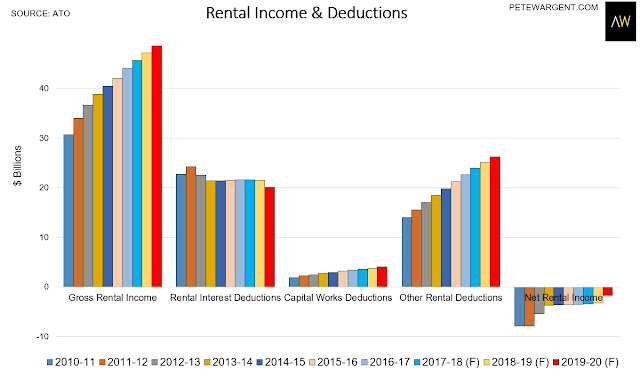 Most investors own one rental property, and the average net rental losses will probably be about $1,000 to $1,500. 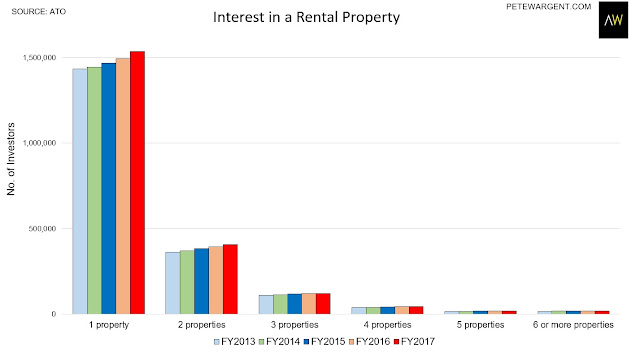 The detailed Australian Taxation Office statistics do show that many of those investors aged between 30 and 60 choose to hold an investment property with a reportable net rental loss of between $5,000 and $10,000 per annum, partly to reduce their income tax payable.

Moreover, the net rental loss reported to the ATO is not the same thing as the investor's cashflow.

In fact it's possible to be negatively geared from a taxation perspective but still to have a positive cashflow, due to on-paper depreciation benefits and capital allowances.

MCG's 1000 Assets 2020 report showed that there was a big increase in investors buying new property over a period of four years through the construction boom.

These investors tend to receive very significant depreciation benefits, but I expect there will many investors in this cohort facing negative equity as brand new property tends to...well, depreciate. 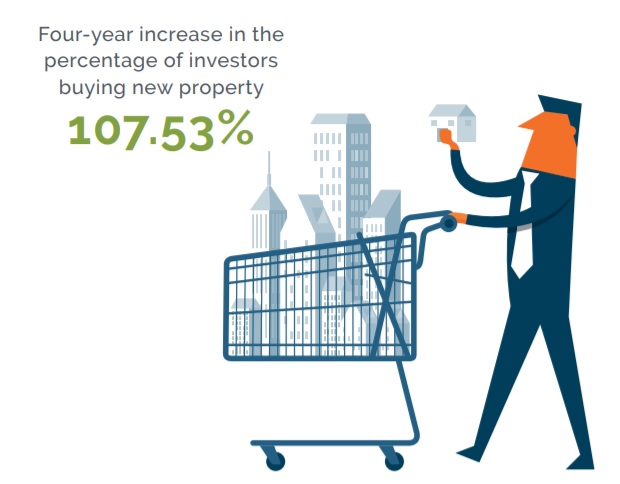 MCG's study also found that investors have become more aware of depreciation benefits, and as a result they're claiming deductions sooner than they used to. 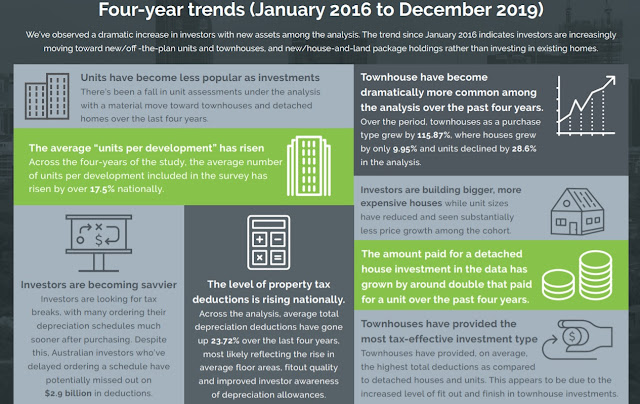 
Some property investors will choose to sell, of course.

But the number of forced sellers will be lower than otherwise would've been the case due to record low mortgage rates, while borrowers have also been extended the option to switch to interest-only loans or take a 6-month repayment holiday.

A couple of years ago many reports suggested that the interest-only reset would lead to a spike in mortgage arrears, but owners adapted and arrears barely moved. 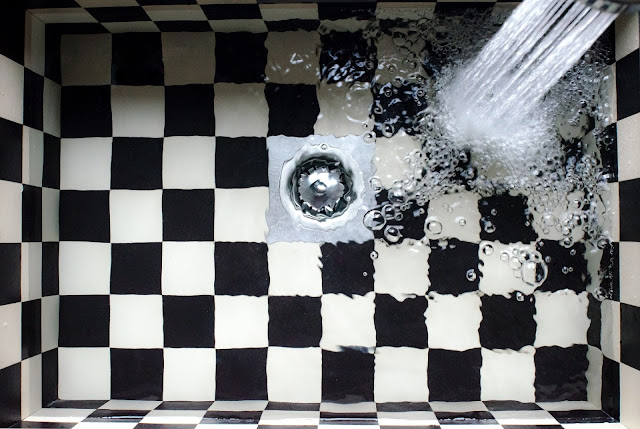