A quick look down Wembley Way yesterday (or Olympic Way as I think it's technically known now, though I can't say I've ever heard any football fans use the new name).

Wembley Way was originally built by retained Prisoners of War after World War II, not that anyone likes to mention that either these days. 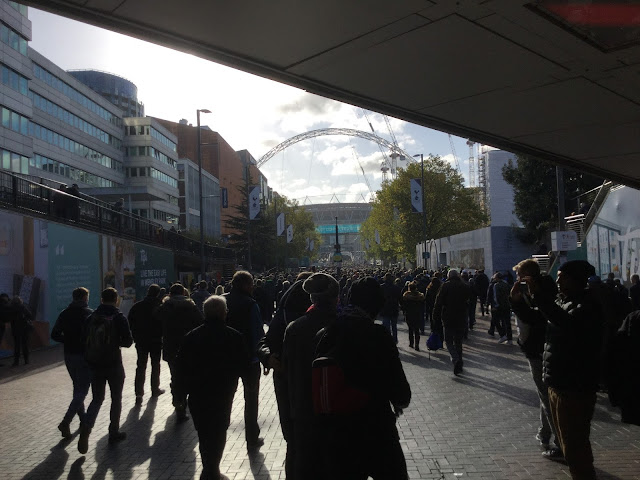 The surrounding Wembley Park will be home to some 7,000 apartments, and even more homes, with most of these forming part of a substantial build-to-rent scheme - which is more palatable to Londoners than new apartments being mopped up by foreign investors and left empty. 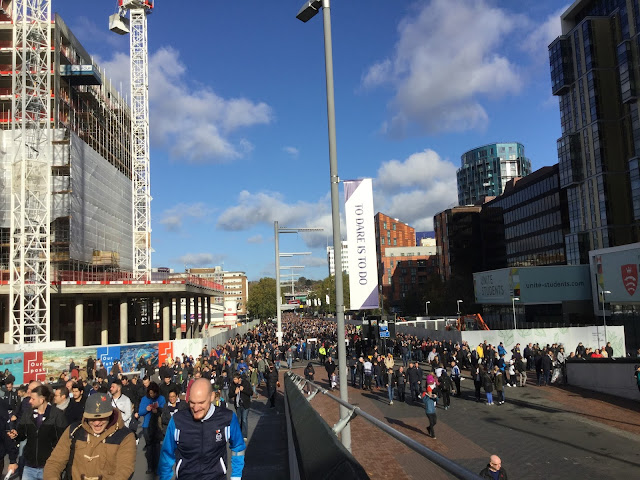 Looking back towards the Tube station from the new stadium, and you can see a few of the many imposing new apartment towers going up. 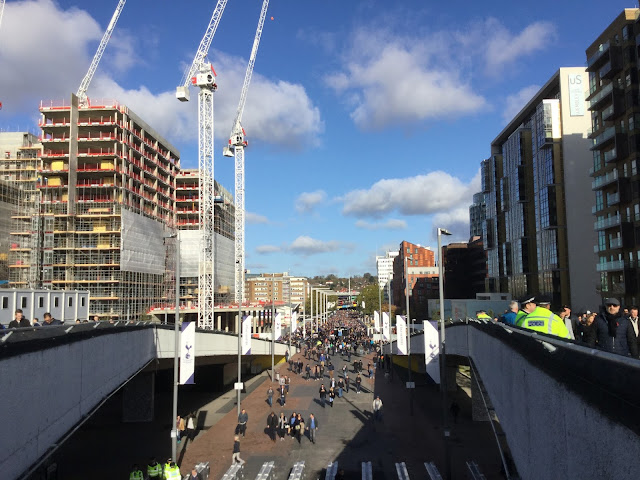 There's been plenty of debate concerning build-to-rent as an affordable housing solution in Australia, though it would likely require government incentives and tax reform, and plans appear to be in their relative infancy.

Of course, I can't pretend to have been to Wembley to look at new flats being built, rather to watch football.

And what a week it's been for Tottenham!

With a new stadium under construction over the winter, 'home' games are being played at Wembley stadium this season.

A few days ago, on my birthday, Spurs demolished arguably the world's greatest ever club side, Real Madrid.

In more than three decades as a Spurs fan, it's hard to remember anything like the 65 minutes of footballing euphoria such as was seen in the first two-thirds of the Madrid game, with the possible exception of the opening 20 minutes of the 1991 FA Cup Semi-Final.

It was all but inevitable, of course, that yesterday's match against bottom-of-the-league Crystal Palace would then be a scrappy and underwhelming performance.

Still, a 1-0 win and three points. And anyway, if you want the rainbow, you gotta put up with the rain, in the words of Dolly Parton. 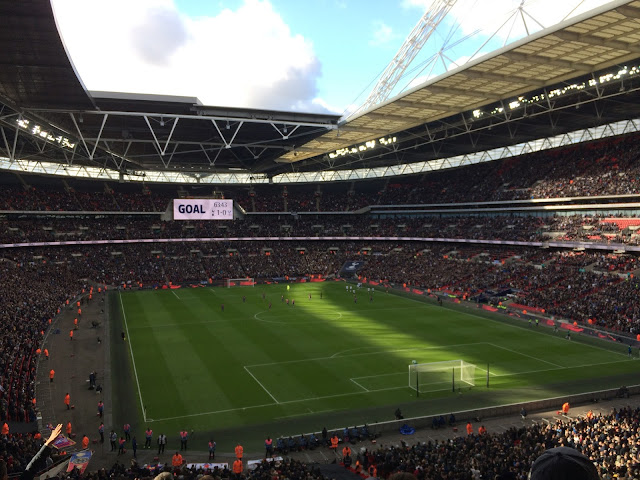 Sometimes it's important to 'win ugly', as they say. After all, you can't experience life's Champions League euphoria without the scrappy 1-0 wins!

How? Analysis of the results shows that they won more than a third of their league matches by a single goal margin.