2017 saw another large increase in global wealth, increasing by 6.4 per cent or (USD) $16.7 trillion to $280 trillion, driven by equity prices and non-financial assets, including housing.

Global wealth is projected by Credit Suisse to hit $341 trillion by 2022, driven largely by rapid growth in countries such as China and India.

The US continued an unbroken run of gains since the financial crisis in 2017.

The Eurozone saw the creation of 620,000 new US dollar millionaires as the currency picked up, and Australia once again punched above its weight in adding a further 202,000 millionaires, taking the total up from 958,000 to 1.16 million.

Switzerland's wealth per adult has increased by by a thunderous 130 per cent since the turn of the century in US dollar terms to $537,600, albeit largely due to shifts in the exchange rate, according to the Credit Suisse 2017 Global Wealth Report.

Among the countries in the world with available figures over the long term, Switzerland stands alone in seeing no decline in wealth inequality over the past century.

Home to just 0.01 per cent of the global population, Switzerland alone accounts for some 1.7 per cent of the top 1 per cent of global wealth holders, with several thousand ultra-high net worth individuals with personal wealth in excess of $50 million.

Switzerland is something of an exceptional case as a tax haven, but next in line comes Australia with a mean wealth per adult of $402,600, partly driven by "high property prices in the capital cities", somewhat perversely.

Australian household wealth gains have averaged 12 per cent per annum since the turn of the century, and the average debt to assets ratio is surprisingly low at only 20 per cent.

68 per cent of Australian adults have a net worth of above $100,000, which is some eight times the world average.

Meanwhile, New Zealand's wealth per adult moved ahead of Norway into fourth place in 2017. 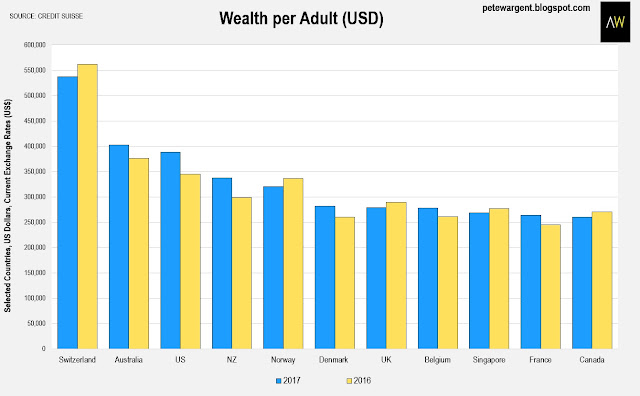 Wealth inequality is relatively low in Australia, with a far smaller share of the population having a net worth of under $10,000 than the United Kingdom or US.

Indeed, when measured in median terms Australia's wealth per adult of $195,417 is not too far off the highest in the world, with only Switzerland edging us out at $229,059.

There are now 36 million high-net worth individuals in the world with a net worth of $10 to $50 million.

Some 2 million of them are located in China - nearly 40 times as many as at the turn of the century - with a further 6.3 million in India and other Asia-Pacific countries.

Perhaps not unrelated to this, Australia is projected to be home to 1.7 US dollar millionaires by 2022, up from 1.16 million today. 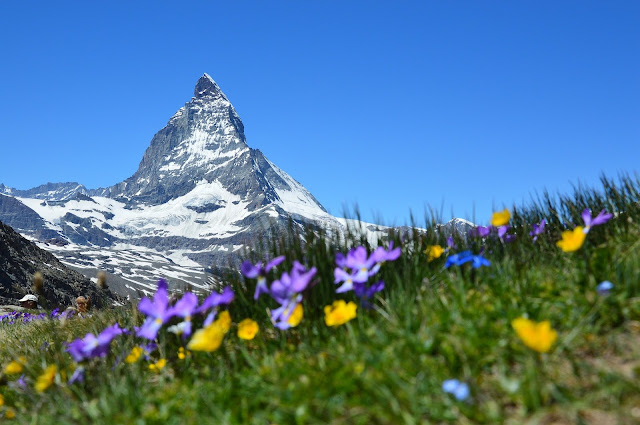