Back in February this year I went to the auction of a house in Bondi that had no fewer than several dozen registered bidders, with the final two prospective buyers bidding hell for leather and sending the final purchase price well over half a millon dollars over the guide price. 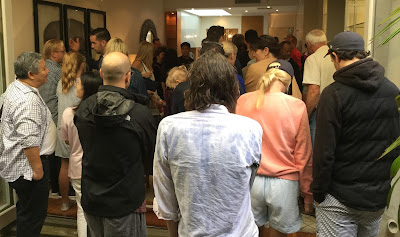 By the end of March the market regulator APRA had understandably seen enough of all that, and introduced a range of cooling measures, and by the second half of the year stock on market levels were rising quite quickly from previously depressed levels.

Auctions were still being reasonably well attended, but often with only a handful of serious but cagey buyers at each auction the mood was much more circumspect.

The shift from strong price growth to a cooling market wasn't driven by an increase in the dwelling stock, at least not directly (in fact the number of houses in many parts of inner Sydney is in decline), nor by a slowdown in population growth (if anything, it's accelerated in Sydney).

The change in sentiment instead reflected a change in the balance of willing and able market participants.

Actually, population growth is rarely very strong in much of the eastern suburbs of Sydney, since not very much tends to get built - it's hard for the population to grow faster than the number of dwellings given new builds are mostly attached dwellings.

Prices are still being driven by supply and demand, of course, just not in the way that market analysis often understands it.

One of the more thought-provoking talks I've seen in recent times was delivered Scott Keck at Charter Keck Kramer, in which he discussed why Australia doesn't really have a meaningful oversupply of dwellings, and never will have.

Of course, there can be a stock overhang when the market anticipates demand incorrectly - especially of big apartment blocks which take longer to build - but since projects that aren't selling don't get built, the impacts should be temporary.

Well worth a watch, many thanks to Robert Baharian of Baharian Wealth for sharing it.


It's always a bit of a worry when analysis leans towards the view that the immutable laws of supply and demand don't work any more, and we've arguably seen a bit of that in relation to wages growth  lately (and, for that matter, inflation).

It wasn't that long ago that wages were absolutely belting along during the mining boom, but after just a few short years of low wages growth plenty seem to believe that this is the new normal, possibly forever.


A buddy of mine in London recently told me he'd just received a substantial, six-figure golden handshake (bonuses...remember them?) for signing a new contract, something that was all but unheard of a couple of years ago.

But with the UK unemployment rate falling to 42-year lows, skilled workers are slowly but surely becoming harder to find again.

The challenge for Australia is that the unemployment rate is relatively speaking still quite elevated at 5.4 per cent, so there's probably a hefty amount of slack that needs to be taken up before we solid wages growth return.

At least things are heading in the right direction. 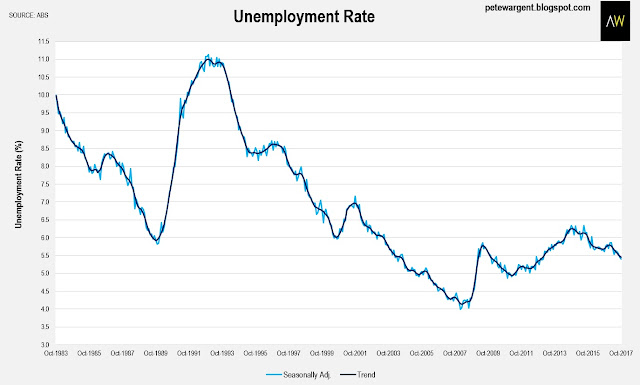 For reasons that are hard to fathom, some commentators even believe that the Reserve Bank will hike rates while wages growth is tracking at just ~2 per cent, though I can't believe that for a minute.

In the meantime, a number of lenders have been quietly lowering mortgage rates again, including for investors and interest-only loans.