This is how we do

Another pretty good result for the Aussie economy, with total employment notching a 13th consecutive gain, the best stretch in 23 years.

Headline employment growth was pretty modest, but there was another significant swing towards full time positions - with the economy adding +236,000 full time jobs since the beginning of the calendar year - and the previous month's result was also revised up, keeping the strong trend intact. 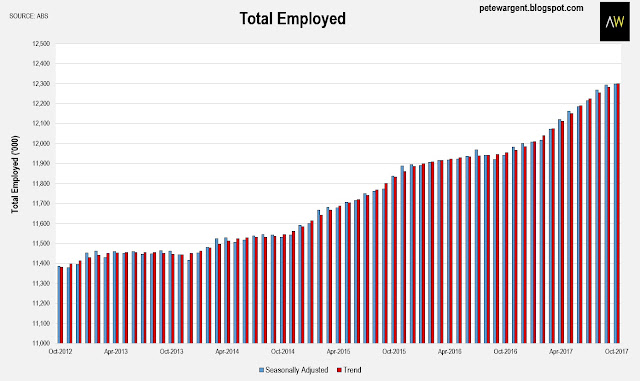 In fact, total employment was a massive +355,700 higher over the year to October 2017 for an increase of +3 per cent, way ahead of the growth in the working age population. 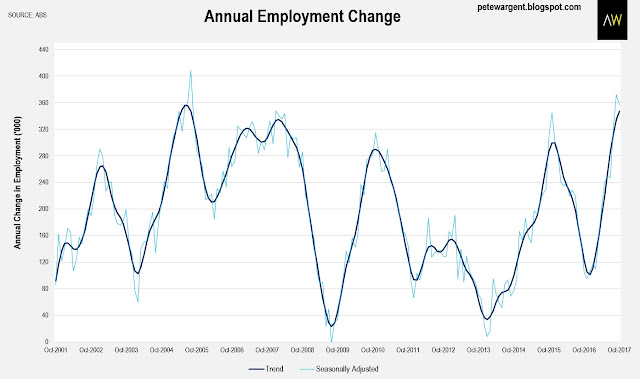 The annual trend in hours worked was a solid +3.1 per cent growth, the strongest in 7 years. 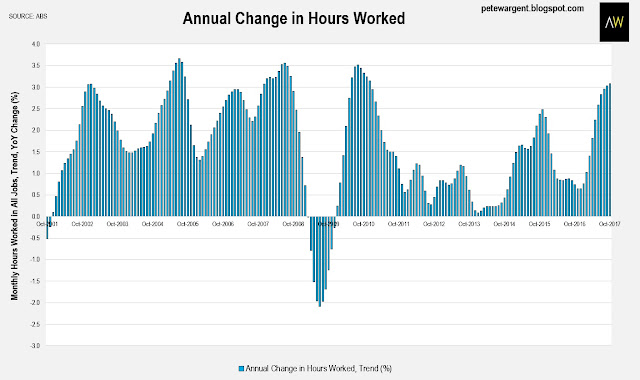 And the unemployment rate continues to fall, down to a 57-month low of 5.4 per cent. 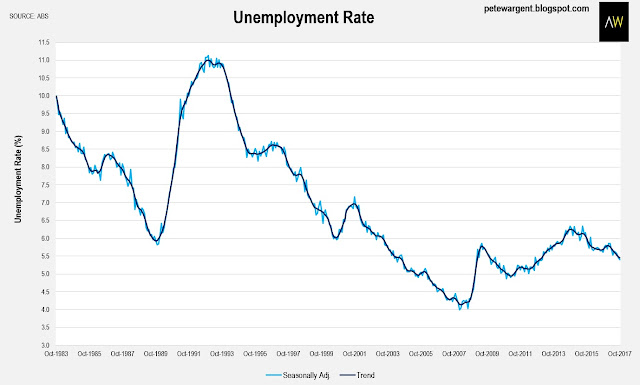 Hard to argue with those numbers.

After several years of stagnation Queensland has recorded enormous employment gains in percentage terms, a huge synchronised upswing across the state taking the trend in annual employment growth up to a colossal +4.62 per cent.

Many of the new jobs have been part time positions on a net basis, but Queensland was the only state to see its participation rate jump in October (from 65.5 per cent to 65.8 per cent), and unlike other states employment growth has not only been focused on the capital city.

South Australia's unemployment rate has improved from around 8 per cent in 2015 to under 6 per cent. Jobs growth has been solid if relatively modest in the state, while declining participation and interstate migration to Melbourne and elsewhere have likely helped to pull down the unemployment rate a little.

In New South Wales the unemployment rate continues to trend down, now to a post-financial crisis low of only 4.71 per cent (and just 4.6 per cent in seasonally adjusted terms). 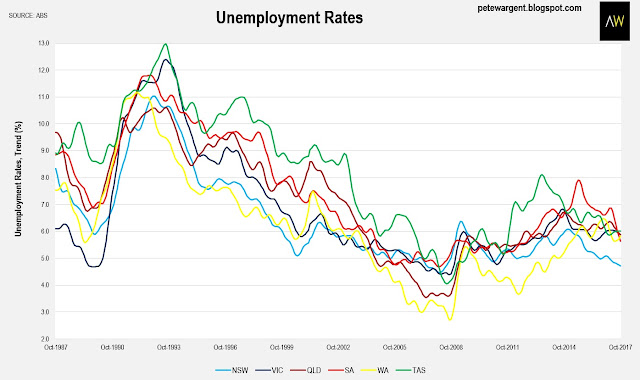 Despite this, wages growth in New South Wales is still only tracking at +2.1 per cent.

This was a modest headline result, but with quite a few snippets of good news in the underlying figures.

If experiences overseas are a worthy indicator, then it'll take a while for unemployment to fall enough to see meaningful wages growth returning, but clearly things have been moving in the right direction.

After a series of dire polling, Treasury's Scott Morrison was lightning quick to put out an upbeat announcement to note that upbeat jobs figures, um, do not need to be announced:

"Talking about jobs is not something we have to announce. It is just what we do."

Way to go, Sco-Mo...Katy Perry would be proud! 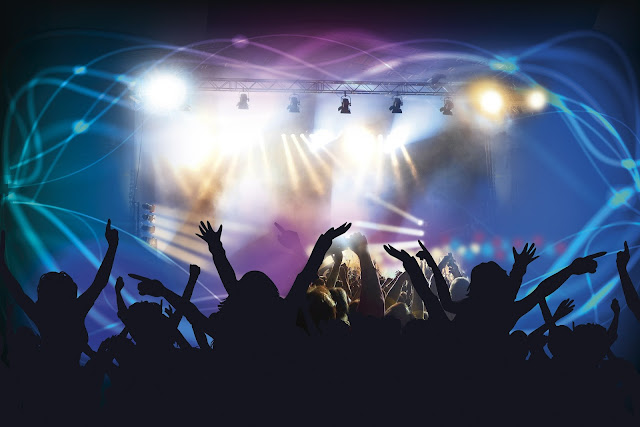