Since the hiring freeze was lifted, Canberra has seen by far and way the strongest household income growth, with gross income per capita in the ACT up from $101,600 to above $110,000 over the past two financial years.

Nice work if you can get it!

At the other end of the scale household income per capita declined in Western Australia in FY2017, back to below the level seen in the 2014 financial year in nominal terms. 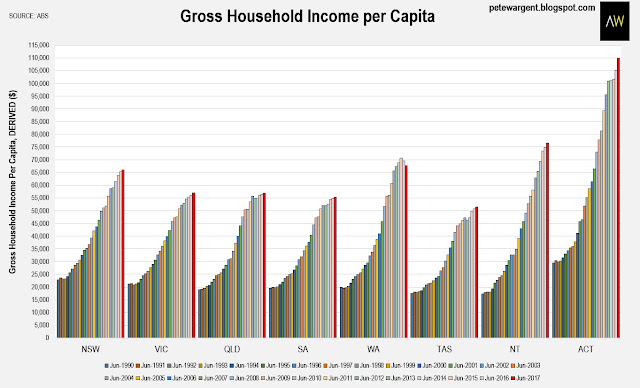 Disposable incomes followed a very similar pattern, with Canberra absolutely miles ahead of the rest, by a magnitude of almost 50 per cent.

Surprisingly the Northern Territory has been the strongest performer over the past five years in per capita terms, with disposable incomes rising by +24 per cent. 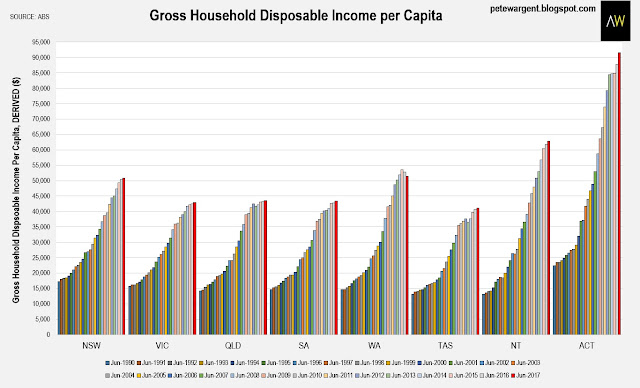 Queensland incomes have really struggled since the peak of the resources construction boom in 2012, and income growth has been relatively modest elsewhere.

These numbers are derived from the state accounts, and as ever some household are faring better than others. 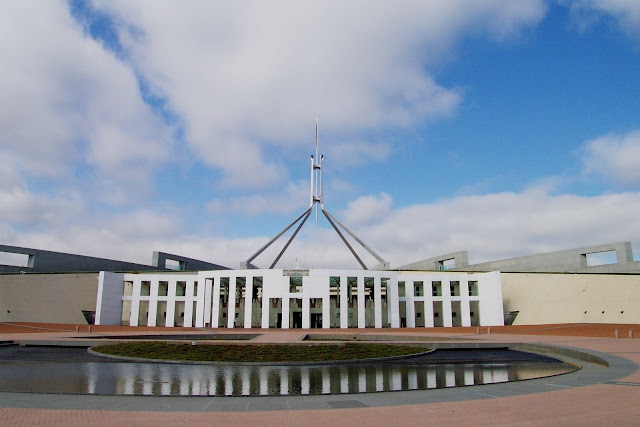