As a cricket tragic, I was thrilled a little over a year when we named our son Stanley, being in part a subtle or oblique reference to one end of the Gabba cricket ground in Brisbane (I felt a reference to the old Clem Jones stand - or even 'Sir Gordon Chalk'! - might have been pushing it...).

There's been a tremendous amount of excitement in Brisbane this week as the English cricket team is in town to the play the first Test Match of the historic Ashes series.

The view of the Stanley Street End skyline today takes in many cranes, as well as the imposing $85 million Trafalgar Residences, a 20-storey apartment block at 855 Stanley Street (being a new development since the last time an Ashes test was played here). 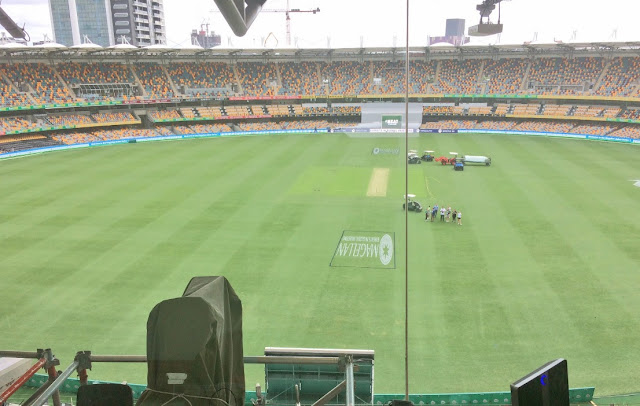 At this stage of the construction cycle there's a risk of vacancy rates being understated as a single online advertisement can account for multiple new apartments.

The ubiquitous offers of rent-free periods for tenants, free internet (and so on) in Woolloongabba apartments reflect the clear weakness in the rental market. 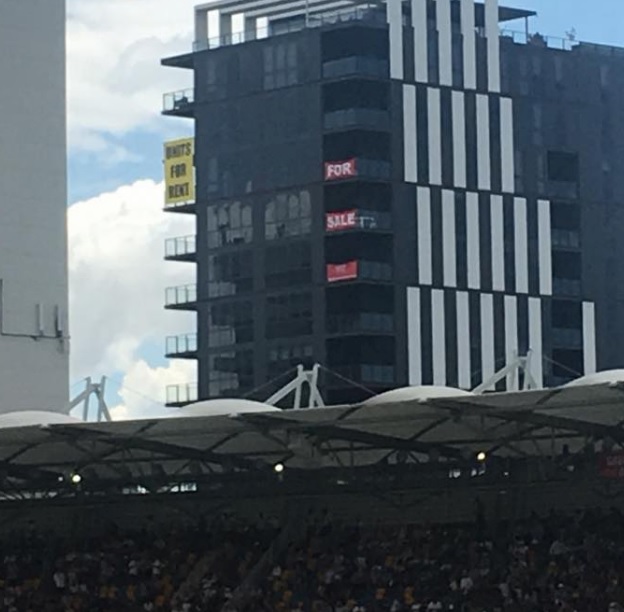 In a moment of wry amusement, even match commentator Damien 'Flemo' Fleming was moved to mention the glut of new building in the suburb, a rare yet curiously welcome departure from the discussion of Bowlology, the Fast Bowling Cartel, and heavy metal music!

The new high-rise apartment market can be a risky one for buyers, in part because the apartments can lack uniqueness or scarcity value, and partly because the duration of projects can span several years from approval to completion, at which point the market can suddenly become swamped with new supply.

This cycle has played host to Queensland's greatest ever apartment construction boom, eclipsing even the post-recession boom of the early 1990s, although far fewer houses have been built this time around. 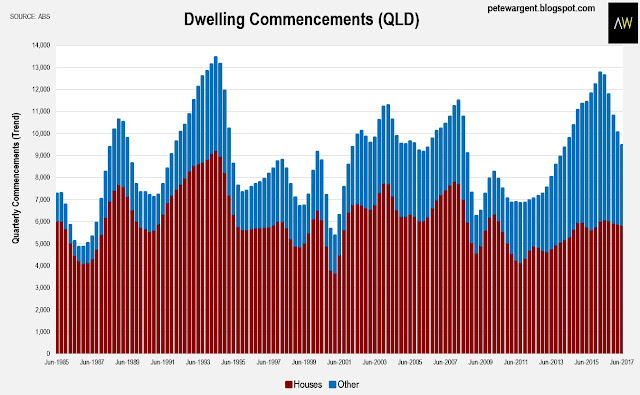 As we have seen in Perth since 2014, the long lead times mean that by the time projects are completed demand may have slowed significantly.

In fact, until relatively recently Western Australia was seeing the number of new dwelling completions exceed the growth in headcount, as population growth had slowed so dramatically, resulting in a surge of rental vacancies and falling rents. The city of Darwin went down a similar path.

Queensland has suffered from this dynamic too, albeit to a lesser extent. The good news for Brisbane landlords is that the Queensland economy, employment growth, and thus the three components of demographic change (natural growth, net overseas migration, and net interstate migration) are now aligning to create faster population growth. 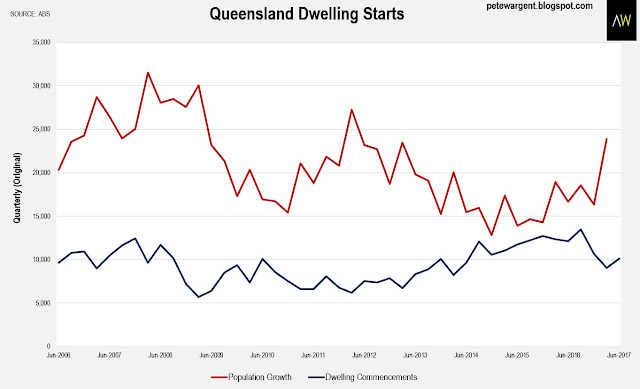 Meanwhile new apartment commencements are slowing to a crawl, helping to rebalance the market over time.

The Brisbane apartment market is heading back towards equilibrium eventually, then, but 2018 will nevertheless be a splendid year for renters, especially in some of these inner-city unit markets.
Posted by Pete Wargent at 09:07