A feast for the Census

Demographic demigod Bernard Salt wrote a searching piece in The Australian today, with data research from Simon Kuestenmacher picking out future housing market hotspots based upon the growth in the 25 to 50 year old cohorts across certain regions of the country.

One challenge with the intercensal data is that since it relates to the period between 2011 and 2016, it's somewhat limited in that it can only tell you what was happening a few years ago.

Take the example of the Northern Territory, where the economy and prime working age population were on fire until the peak of the mining boom.

The resources construction boom will not be repeated, however, and today the NT has the lowest population growth of any state or territory (in fact, the population was actually shrinking over the most recent 6 months of estimates).

Still, it's hard to disagree with many of Salt's conclusions, which included south-east Queensland and Geelong as locations with strong prospects.

Moreover, it's refreshing to see analysis which goes a level deeper than the headline data.

I've been following demographic statistics with interest, and have been particularly fascinated by the extraordinary growth in the 25 to 32 year old cohort in recent years.

Somewhat amusingly, when I ran the chart it reminded me of the ingenious childhood toy that could stretch and re-form itself, the 'Slinky'. 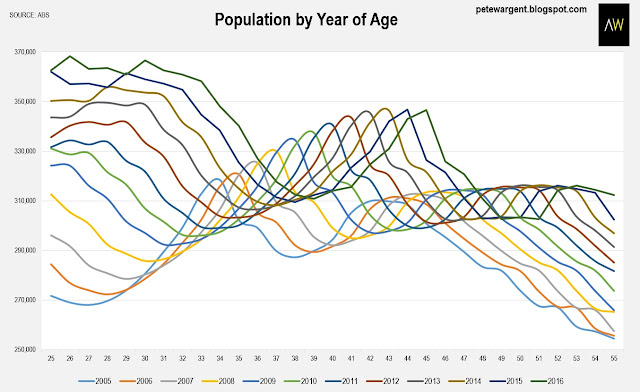 As far as I'm aware nobody was forecasting anything remotely close to that back in 2005.

It's an extraordinary increase in prospective household formation, and since it's been driven by immigration, it's intensely focused on the capital cities.

And this is also a significant factor which makes a severe housing market correction appear unlikely - if prices fall a bit, just look at the swelling headcount of potential bargain hunters waiting to swoop.

Surprisingly to some, the Baby Boomer cohort moving into retirement is smaller, and in any event there does not appear to have been a meaningful decline in housing demand from Boomers (if anything, they've been adding to demand, by buying investment property).

It was interesting to note that Salt found, as indeed I did, that the impacts of this will be felt most keenly in certain housing markets of Greater Melbourne.

I wrote a bit more about this dynamic here, and M. Pascoe picked up the ball and ran with it a bit further in the Sydney Morning Herald. 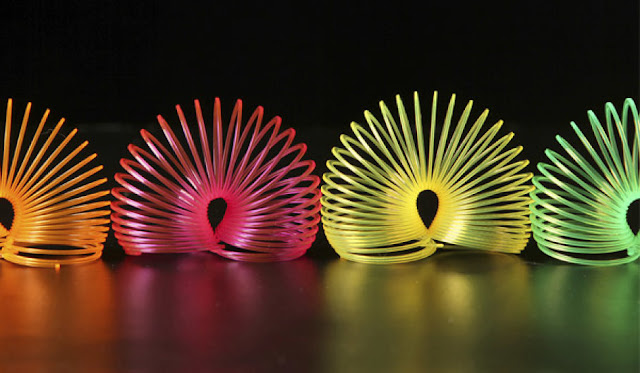