Hobart notched the lowest vacancy rate on record for any capital city at just 0.3 per cent in October 2017.

With just 75 listings meeting the criteria for an a vacancy (of being advertised online for three weeks or more) it's not surprising that rents have been taking off.

And while there's been talk of land release to ease the pressure in Hobart, there's no imminent sign of matters improving for tenants.

Meanwhile the previously stagnant Adelaide market is also beginning to look at a bit tight, with the vacancy rate declining to just 1.4 per cent in October, and the vacancy rate in Canberra ticked down to 0.8 per cent.

In Sydney and Melbourne the rental markets look to be in relative equilibrium, with some sub-regional variations. 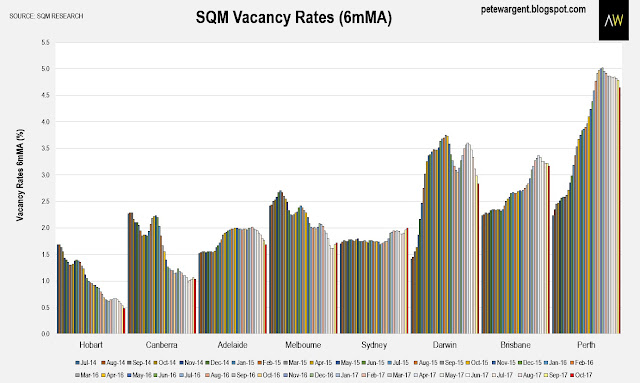 The resources capital cities look to have turned the corner now.

Even Brisbane appears to have entered a bit of a downtrend despite its inner city apartment glut, although there does tend to be a seasonal spike over the Christmas period.

Overall the national vacancy rate of 2.1 per cent or 67,781 vacancies was lower than a year earlier at 2.3 per cent or 74,368 vacancies, with dwelling starts now set to decline and strong population growth having absorbed most of the increase in rental stock to date. 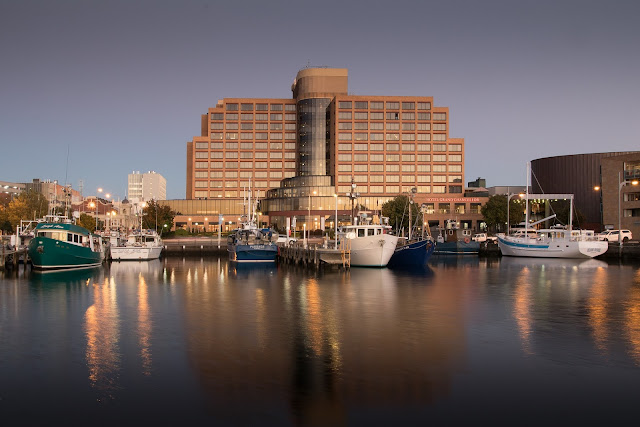