Housing finance was still pretty strong in April, but down a little to $32.5 billion.

Investor loans showed some signs of easing in the face of regulatory pressures, declining from $12.8 billion to $12.6 billion in the month. 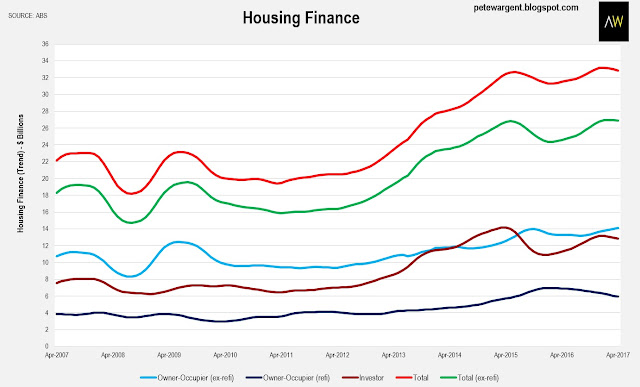 Not too surprisingly some of the decline has been experienced in Queensland, with the state temporarily suffering from some severe weather and flooding from the end of March.

Owner-occupier activity was solid enough in the two most populous states, but remains in a downtrend in Western Australia. 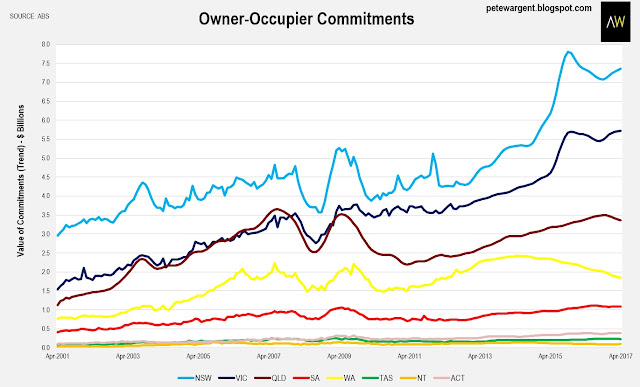 Tighter serviceability criteria are making life hard for first homebuyers, with the average loan size for first-timers declining over the past 13 months to an annual average of $318,200. 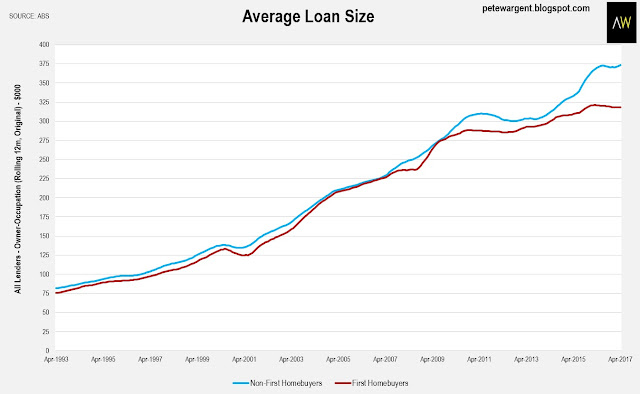 Non-first homebuyers are now finding ways to leverage their equity, however, with the average size of their loans increasing to new high annual average of $373,400, despite recent curbs.

Next up, I'll look at where investors are buying. 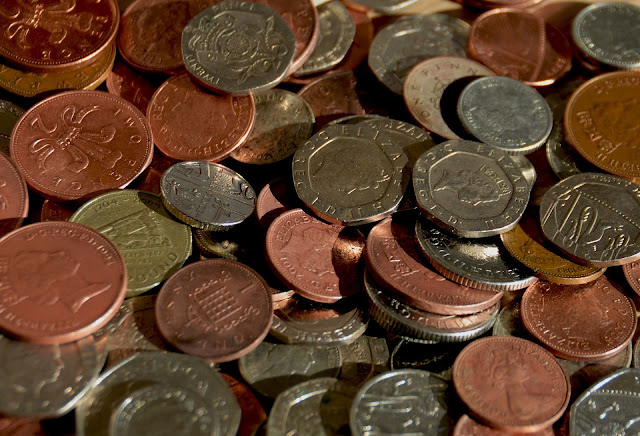