When there is clear-cut evidence of financial stress rising, I'm the first to post about it.

But it's increasingly clear that we're only being fed half a story here, and consumers are far from tapped out.

We've reached the daft situation where bad news (e.g. falling car sales last month, ignoring the weather impact) is reported as a "canary in the coalmine", but strong results are dismissed as fake, or more often, "just like Ireland".

The full picture includes that Australian household wealth reached $9.4 trillion in the first quarter of this year - soon to surpass double the level seen at the nadir in 2009 - while currency & deposits have been piling up to the extent that Aussie households are now sitting on a 'cash' pile exceeding $1 trillion for the first time on record.

Personal credit growth has also been tracking along in negative territory for quite some time.

It's not hard to see why: mortgage rates have essentially halved since 2009 for many homeowners, which is why I can't buy into the 'everyone is in financial stress' narrative - it just doesn't make sense.

In May new motor vehicle sales surged to 100,476 on a seasonally adjusted basis, the highest monthly figure ever recorded, so it looks like the canary just came to. 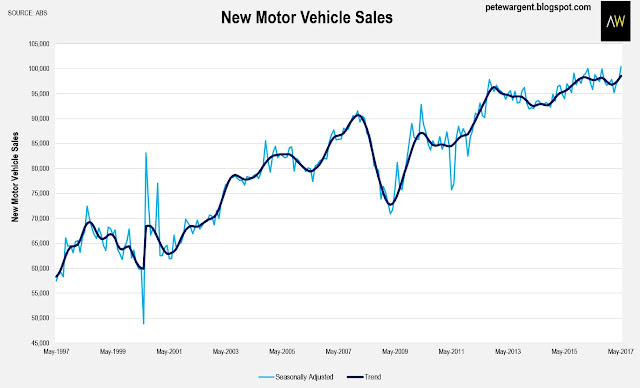 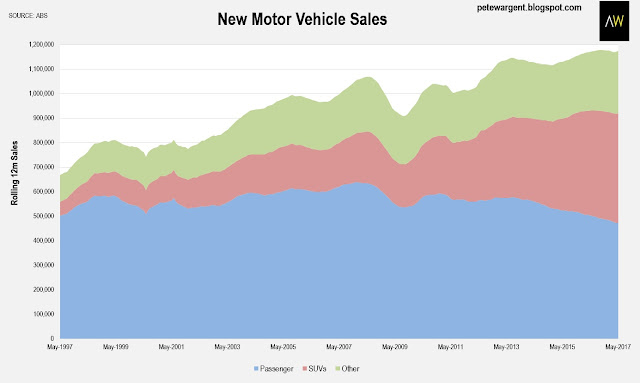 Queensland sales rebounded by 5 per cent in May after inclement weather in early April, while over the past 12 months Victoria has been the strongest performer, with annual sales rising by 4 per cent year-on-year to a record high of 330,711.

While New South Wales recorded the highest number of sales over the year to May at 396,585, there is a stack of mounting evidence that the momentum in the economy has shifted towards Melbourne. 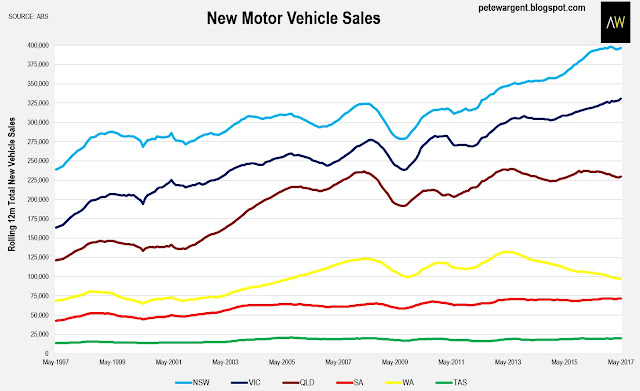 New car sales continued to decline by 7 per cent year-on-year on rolling annual basis in Western Australia, while production volumes continue to fade away towards zero as automotive assembly Down Under is gradually wound up. 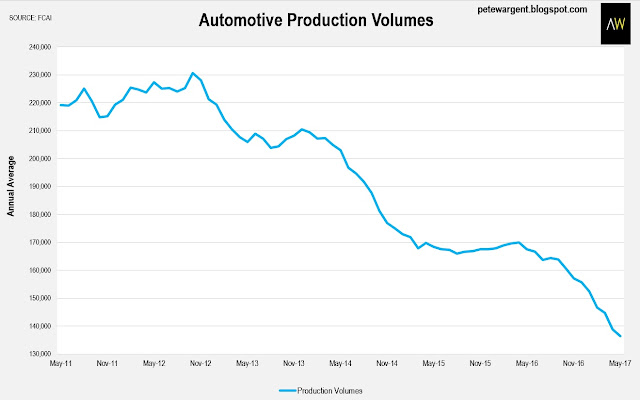 There may be a case for Uber drivers accounting for some of this month's record sales, while home equity redraw may also have played a role (not sure about that, as generally banks have been closing up the purse strings, not the other way around).

Overall, though, it was a monumental month of new motor vehicle sales breaking all previous records, while personal credit growth is actually in decline. Witch hunt! 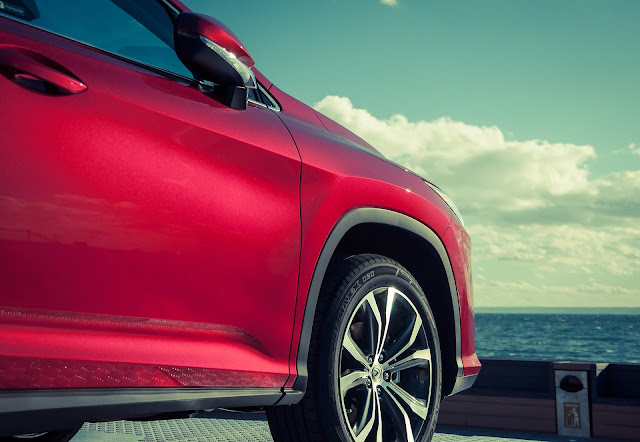