A matter of principal

These calculations are useful to a point, but you can't really analyse real estate like that - you've got to get out there and in the market and see what your eyes and ears and telling you.

Take the example of Melbourne where until quite recently it was widely expected that there would be an oversupply measured in years worth of stock. 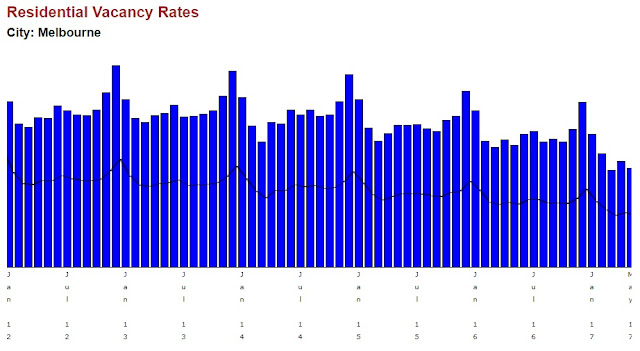 
Yes, there's the impact of Airbnb to take account of, but overall the oversupply issue has been a fizzer in Melbourne, at least to date.

The Sydney and Melbourne markets are now moving into a new phase of the cycle, with oversupply less of a concern than significant changes to lending standards announced at the end of of March 2017.

I briefly summarised here the changes required by APRA to residential mortgage lending, so there's no need to recap.

In short, bigger deposits, and a clampdown on interest-only lending.

Normally with a credit squeeze or macroprudential changes one expects to see an initial shock and then the market adjusts to the new normal relatively quickly.

But this time around things could be a little different, and the impacts may be more keenly experienced, and for a longer period.

Following on from the 10 per cent cap on the growth of investment mortgages, the most important change since March has been APRA now aiming to limit the flow of new interest-only lending to 30 per cent of total new residential mortgage lending.

From speaking to brokers the word on the street is that the regulators are requiring this to take place right now i.e. the 30 per cent cap to be fully effective by July 1.

At first glance you might say that reducing the flow of new interest only mortgages from 36.9 per cent in the March 2017 quarter to 30 per cent from July 1 might not be that big a deal.

And, let's face it, overall this a positive move for the market, since having up to 45 per cent of new loans interest-only was hardly a healthy or sustainable dynamic. 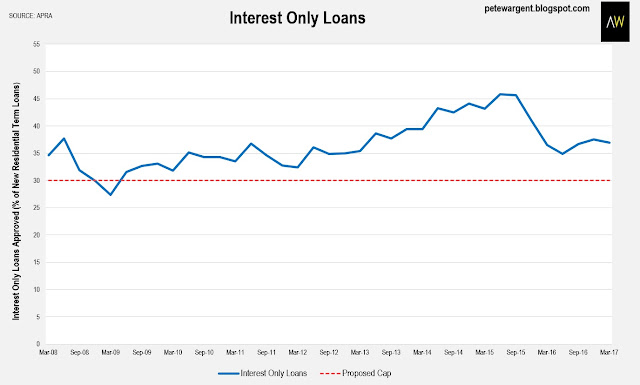 The thing that's different about these changes is that with the flow of new interest-only lending limited to 30 per cent of the total, some existing borrowers will discover that they are unable to roll over their interest-only loans, and they will be forced to start repaying principal.

While some investors refinanced their loans out for half a decade last year, others on skinny yields will be caught short at the end of their interest-only period, and will be forced to begin paying down some of their loans.

The changes will be far from all negative - ultimately banks need to lend to make profits, and some enticing deals may become available on principal and interest (P&I) mortgages, and so on.

And, if nothing else, the property markets should in time re-establish a better balance between homebuyers and investors.

Overall, however, this is a change which will suck some of the air out of Australia's real estate markets, and will in turn eventually reduce the stock and flow of available rental properties.

Moreover, there will be plenty of investors that have seen no capital growth and now face the potentially unedifying prospect of a negative cashflow to boot.

In the wash-up, one can't help but feel that investors that opted for quantity over quality of investment properties might be left staring down the barrel of some unenviable choices.