Lending trends around the traps

The trend in total lending finance has eased over the past six months. 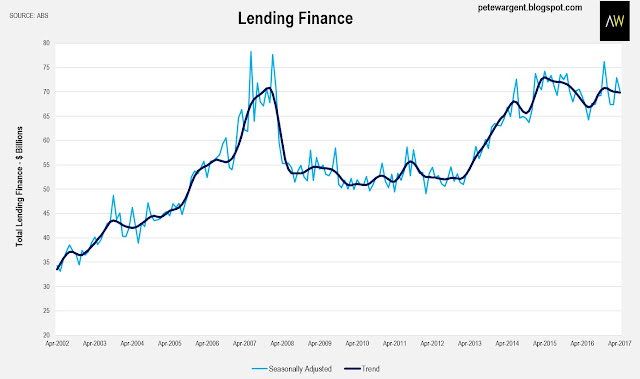 Commercial lending has slipped over the past year, while the value of personal lending including credit cards is in a protracted downtrend the like of which we haven't seen before.

There could be a number of reasons for this, but it seems likely that the use of offset accounts has played a role here. 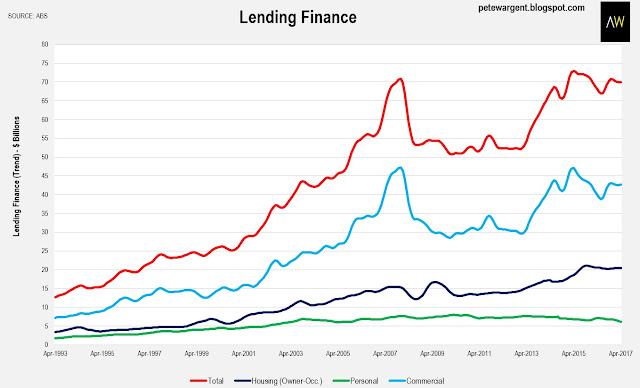 At the industry level, it's worth noting that having dropped dramatically since 2015, commercial lending to the mining sector has been sneaking back up over the past six months.

Not a boom, but another indicator that the big declines for mining construction are now in the rear view mirror. 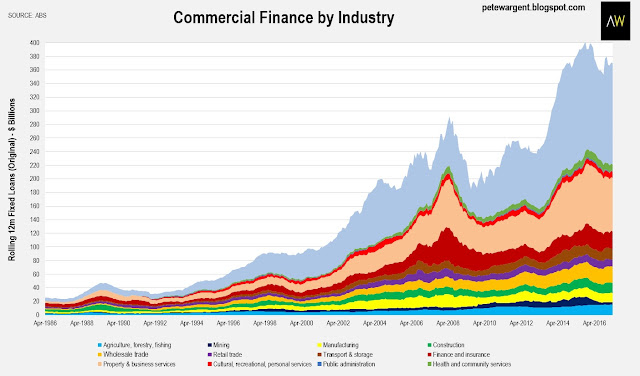 Commercial lending to the construction sector is still solidly higher year-on-year, but has begun to decline in recent months, if moderately.


The value of property investor loans were still higher than a year ago in New South Wales and Victoria, but increased at a far less frantic pace, suggesting that lending curbs are taking an effect.

Queensland saw a weather-impacted wipeout in April, while the annual value of property investment loans in Western Australia is now some 42 per cent below the 2015 peak. 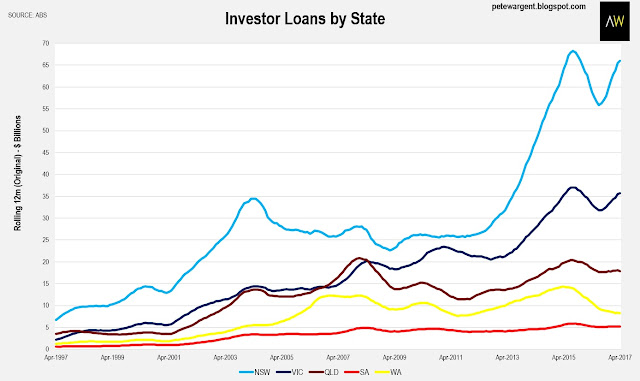 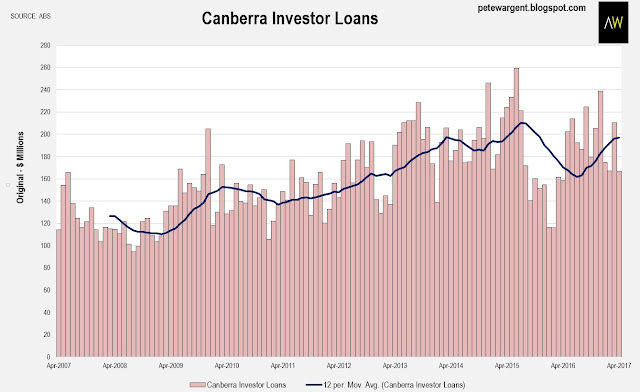 Finally, one of the paradoxes of macro-prudential measures, is that - being macro in nature - they can impact the weakest markets as much as they do the strongest.

In the Northern Territory the value of property investment loans in April hit the lowest level since 2006. 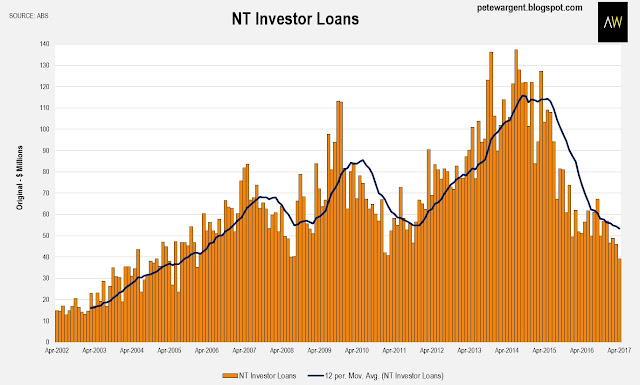 Overall, there seems to have been a loss of momentum in commercial lending.

Tallying up the housing figures for owner-occupiers and investors, Sydney and Melbourne continue to shape up strongly, with Tasmania also recording strong levels of lending activity.

It's hard to get a read on Queensland due to the Cyclone activity, but it's clear that the other resources states are languishing.

International visitor numbers to the Territory have also declined in recent years, while the largest capital cities have been booming. 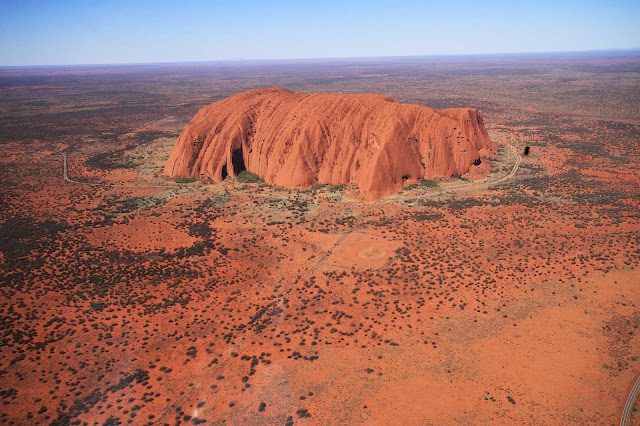