Contrary to what you intuitively might expect, the total value of residential housing as a share of the total assets hasn't really changed all that much over recent decades, even today sitting at just a little over half.

A big part of the reason for that has been due to the popularity and success of compulsory superannuation, while Aussies are also now hoarding some $1.06 trillion in cash and deposits, a thumping 22 per cent of financial assets. 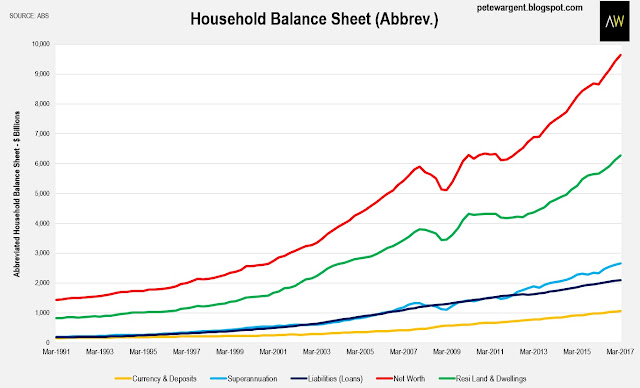 Average net worth per capita has come absolutely storming back since the March 2009 nadir, rising by an extraordinary 67 per cent to make Australia the world's second wealthiest country after Switzerland in per capita terms.

Now someone will no doubt Tweet me to say that the housing component should be subtracted - you can do it yourself, the numbers are right there above! 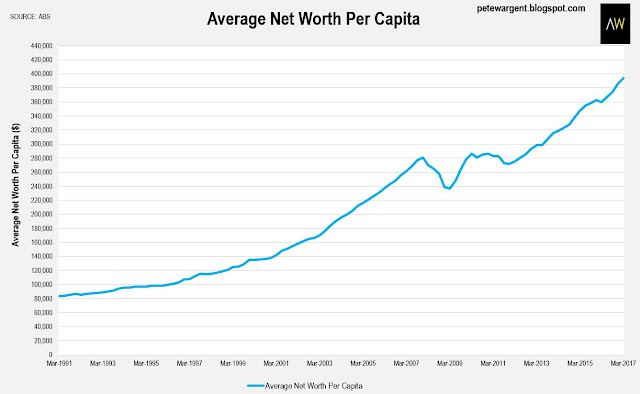 Housing loan debt also continues to rise to well beyond $1.6 trillion, making households twitchier about increases in mortgage rates than has ever been the case before. 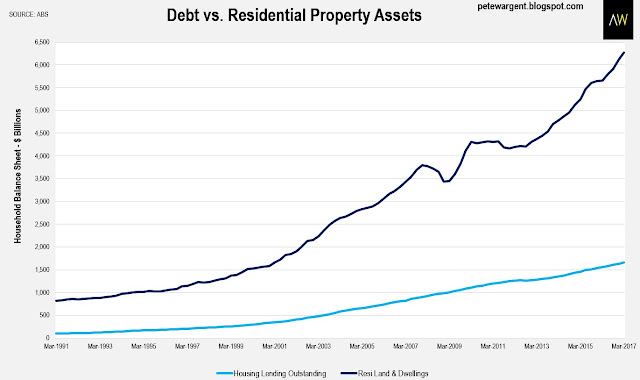 Mortgage debt has expanded at a slower pace than asset values, however, bringing the household debt to assets ratio down to 19.5 per cent, while the mortgage debt to land and dwelling values ratio declined again to 26.4 per cent. 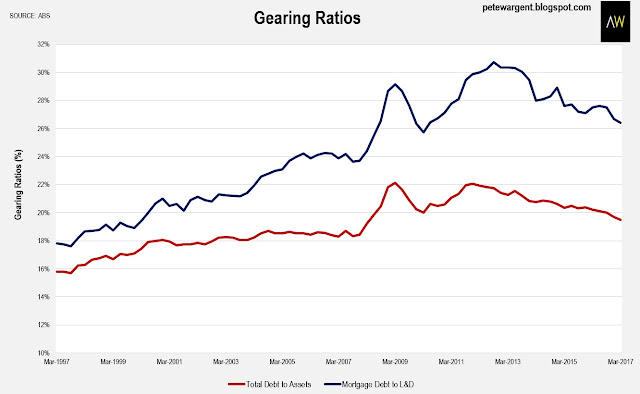 The most noteworthy housing market change in recent months has been mortgage rates being ratcheted higher on interest-only loans.

Given that the hikes largely took place after the end of March, it's likely that interest payable will rise throughout the remainder of 2017. 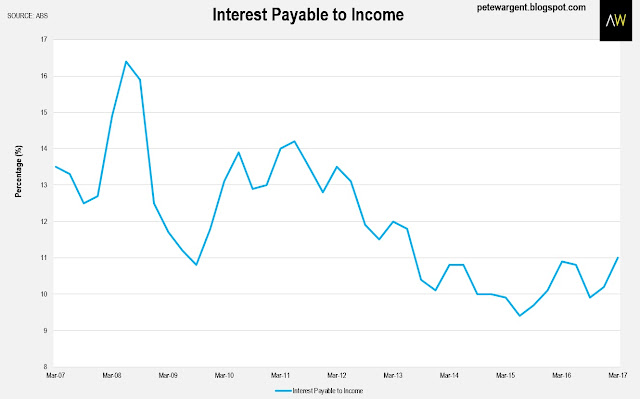 It's the end of another financial year today!

After an up-and-down sort of a year at times - and assuming the share market doesn't unexpectedly crash this morning - superannuation funds will return about 10 per cent for 2016/17 to notch up an eighth successive year of positive returns, as the share market continues to claw its way back.

From a housing market perspective, almost all commentators are now on board with the notion that the Sydney market has moved into a slowdown phase, which will have knock-on effects to household net worth later in 2017.

Banks will continue to push home loans hard, but investment mortgages will be harder to come by following a raft of tightening measures.

Yet we also shouldn't ignore that every set of labour force figures released lately has been pointing to a Sydney jobs market that is firing on all cylinders.

Population growth accelerated to about 91,000 in Sydney in 2016, despite internal migration to Queensland.

Meanwhile, the unemployment rate has declined to 4.4 per cent, and job vacancies in New South Wales have risen to unprecedented highs, suggesting that many more jobs are being created.

Anecdotally, I've heard from more than one source that some professional jobs in Sydney are attracting dozens if not hundreds of applications, though whether the applicants are unemployed, under-employed, or from interstate, who can say?

With first homebuyers sitting out of the market in recent weeks awaiting the introduction of new incentives - applicable to established properties priced up to $800,000 from 1 July - I wouldn't yet rule out a resurgent Sydney housing market later in 2017, at least in the bottom quartile of the market. 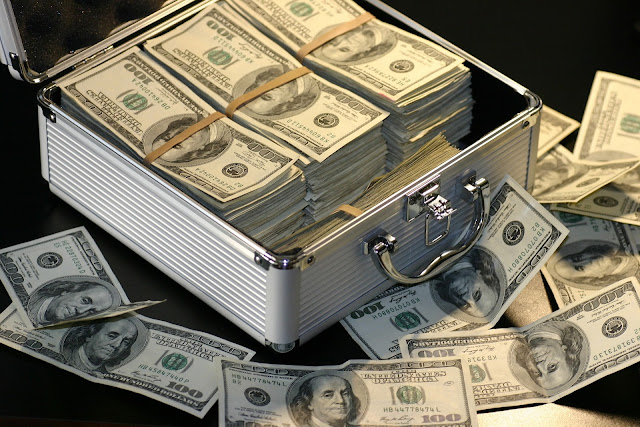