The 2016 Census is released today, and it will show that the Australian population is markedly higher than was previously estimated, and furthermore it is growing faster than previously thought.

The increase has not been due to natural population increase, with the mini-boom in births actually slackening off a little lately. 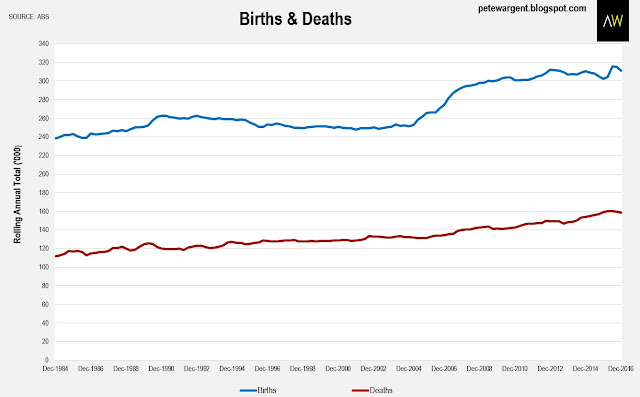 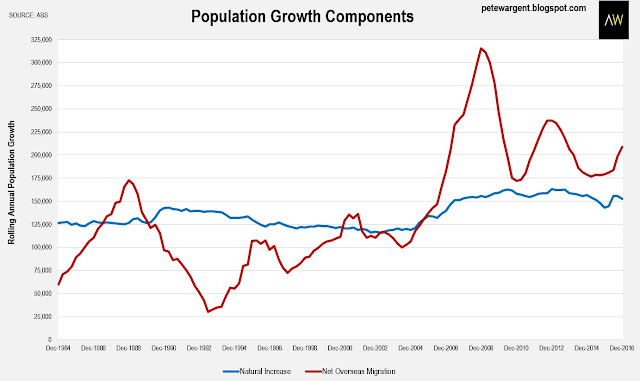 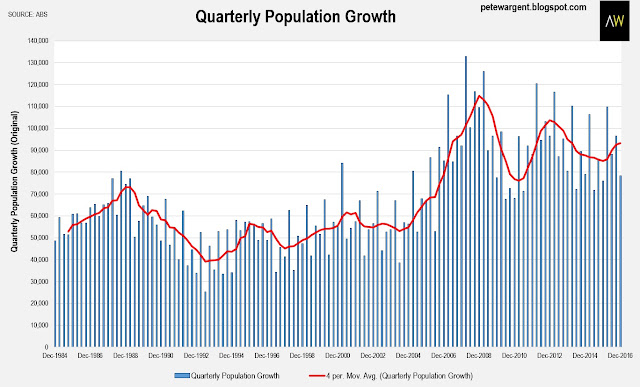 Thus the population clock today sits considerably higher than previously expected at 24,570,000. Only last week we thought the population was just passing 24.5 million. 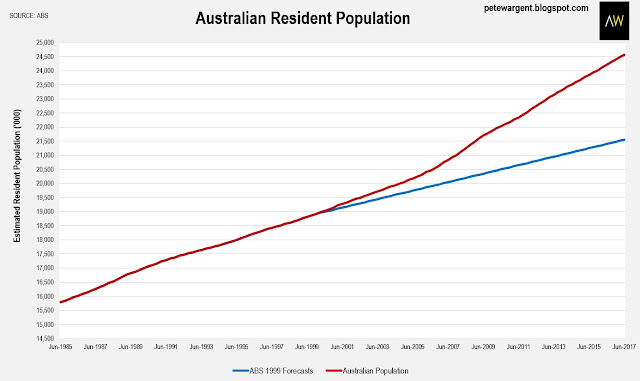 This has a number of ramifications, not least for calculations of apartment oversupply.

On Census night there were also more than 1 million dwellings vacant or 11.2 per cent of the total dwelling stock, up from 10.7 per cent in 2011.


The 2016 Census detail will reveal a range of fascinating information, which will be the subject of future blog posts.

Australia has now become much more Asian, with more of us born overseas, but fewer Aussies are identifying themselves as religious types

Somewhat surprisingly, only 7.2 per cent of households were paying 30 per cent of their income towards a mortgage, representing a sharp decline since the last Census, with the rise of interest-only loans a likely factor here.

As we will see in the next post, Sydney and particularly Melbourne are expanding their respective populations at a furious pace. 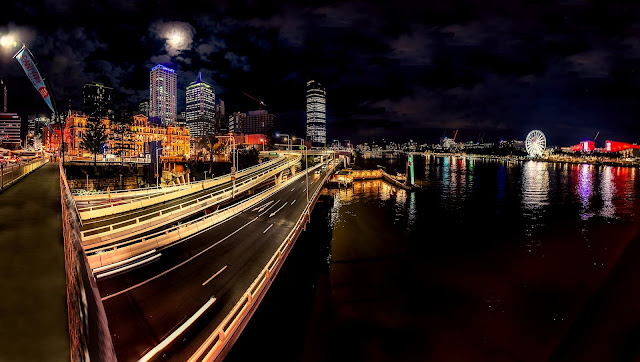