Census due next Tuesday

On Tuesday morning during the week ahead, we will eagerly await the official release of the 2016 Census.

This comprehensive data series will include:

There will certainly be a trove of interesting information to be treasured and pored over.

Interestingly, and as noted by the great Peter Martin, the Census will likely find that the resident population comprises more or fewer of us than estimated, in which case the population clock will need to be re-set.

Unfortunately, this time around the collection of the Census proved to be a somewhat wobbly affair, with the website imploding due to the sheer weight of the traffic overload.

Following the glitch, no fines were to be issued for people not completing the forms on Census night.

Early Census information released in April by the ABS showed that the average or typical Australian is:

"...a 38 year old female who was born in Australia, and is of English ancestry. She is married and lives in a couple family with two children and has completed Year 12. She lives in a house with three bedrooms and two motor vehicles."

Given that the website was down for a long period of time, however, naturally enough the larrikin response on social media noted that the average Australian...well, couldn't log on to the Census.

So, there is a chance that the 2016 Census could reveal some rather unexpected results, with knock-on implications for assumptions about the adequacy or otherwise of dwelling supply, labour force ratios, and so on. 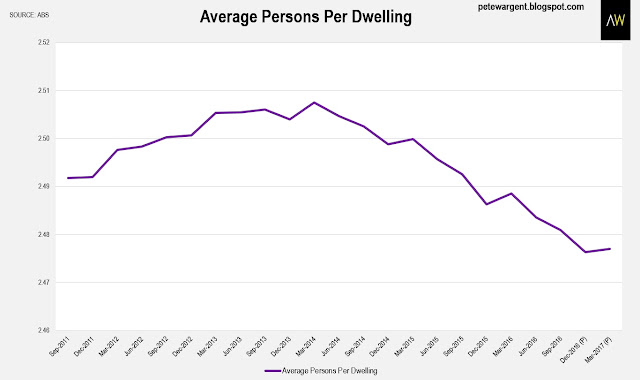 We'll just have to wait and see. Stay tuned!