A few weeks ago I posed the conundrum of whether the hoarding of loo roll and foodstuffs could see Q1 growth sneak over the line to come in at roughly zero, followed by, say, a -10 per cent decline in in Q2, before a return to growth in Q3.

In other words, could Australia yet again dodge a technical recession by the slimmest of margins?

As expected retail trade took the biggest leap on record in March, with turnover soaring +8.5 per cent higher as households stocked up in order to hunker down.

To say we've seen nothing like this before would be something of an understatement - all previous records were absolutely murdered. 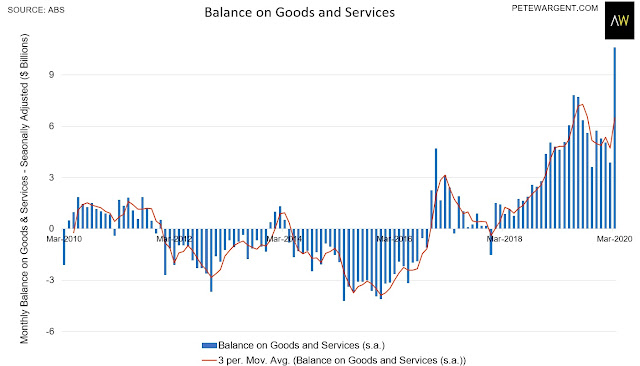 As expected imports slumped by -4 per cent, but exports ripped +15 per cent higher to $42.4 billion, driven by a lazy $9 billion of iron ore exports, and a massive +225 per cent increase in the Aussie dollar value of gold exports. 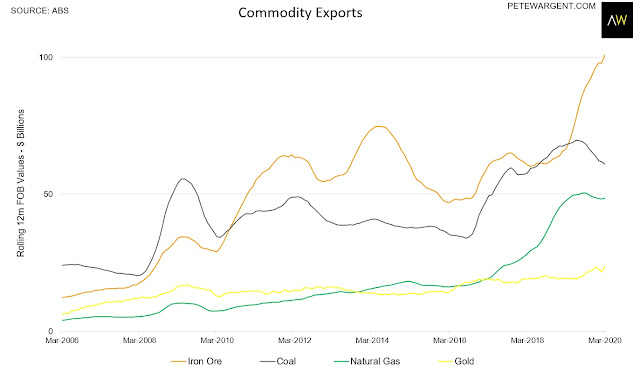 It's reasonable to expect that the value of LNG exports will be eroded next quarter as the commodity price falls with a lag, but for the month of March export values were extremely strong.

As might have been expected tourism credit took a horrendous -35 per cent hit as Australia's borders were closed off to international visitors.

It's worth remembering, though, that Australia normally has about 11.6 million resident departures in a year, so we can potentially offset much of the blow by holidaying and spending more at home through 2020.

Indeed the trade surplus from tourism services hit a record high in March. 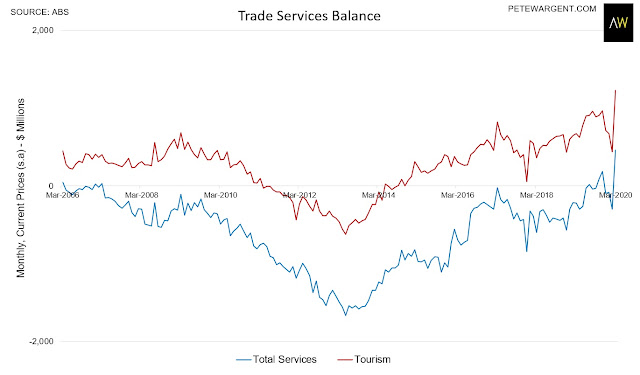 Overall, it's feasible that net exports could add +0.5 percentage points to GDP in the first quarter, keeping the dream run of unbroken growth alive, even if just a few weeks longer.

The Aussie National Accounts for Q1 are scheduled to be released on June 3. 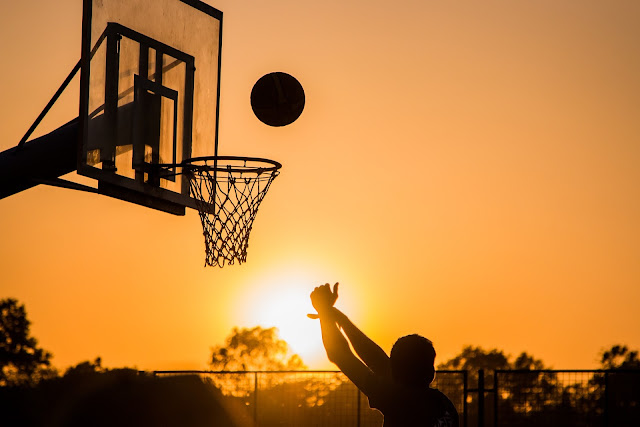