Rental vacancies up in April

This is no surprise given the recent restrictions on movement, and will likely remain an issue for as long as international students are MIA.

There were also substantial increases in vacancies in holiday locations such as Surfers Paradise, Noosa, and some other coastal and holiday regions, with the tourism sector effectively all but shut down at the present time. 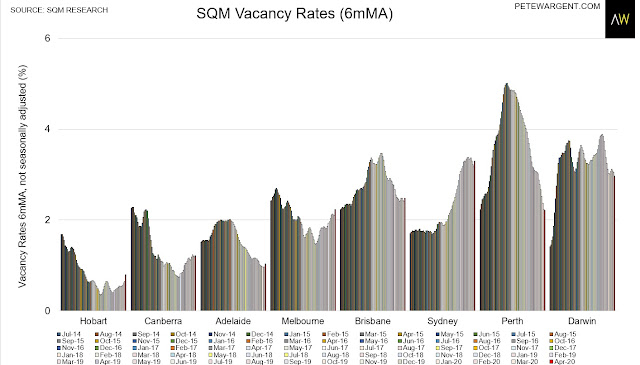 There are many studio and student lets hitting the CBD markets, so naturally median asking rents will be skewing lower.

The lower median doesn't necessarily reflect actual asking rents for all properties and locations, of course.

And realistically, domestic tourism (Airbnb) will be re-opened for business fairly soon.

But still in the aggregate this means a weakening for the rental markets while travel is effectively restricted.

After all, Australia and New Zealand are now considered relatively safe places to be compared to much of the rest of the developed world. 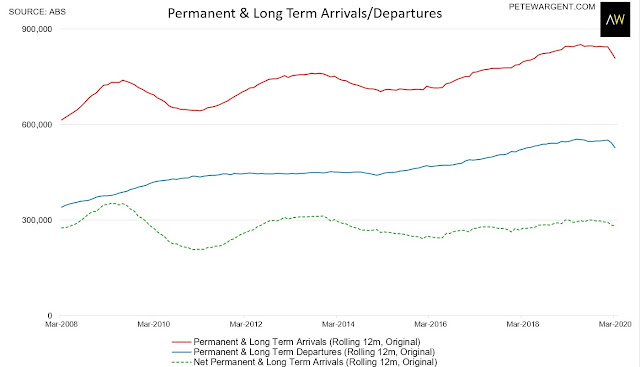 Construction in the residential sector is also dropping to its lowest level in about 70 or 80 years, so new supply is drying up.

The far greater impact on population flows has been on short-term arrivals via tourism and international students (although short-term departures also hit their lowest level since October 2003 in March).

No doubt the tourism sector will be lobbying hard too for a return to freedom of movement, perhaps from New Zealand as well as from interstate.

Furthermore, residential construction will remain in the toilet for as a long as borders remain effectively closed.

Construction workers previously accounted for about one tenth of Australian jobs, about ¾ of whom were employed in the residential sector.

Any lowering of inner-city rents isn't likely to be seen as a bad thing since it potentially frees up cashflow for tenants.

But the prospect of Airbnb and student accommodation landlords defaulting if they're unable to find tenants for their studio and student lets could become a headache for lenders. 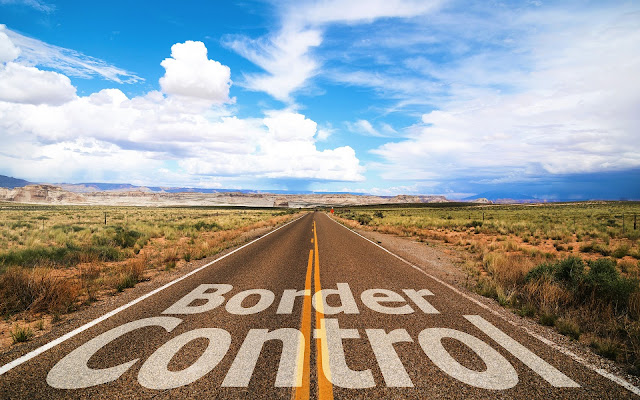