Through the $60 billion wormhole

More spectacular COVID-19 numbers for Australia, with the number of cases remaining in ICU dropping this week from 16 to just 7 (seven) this week. 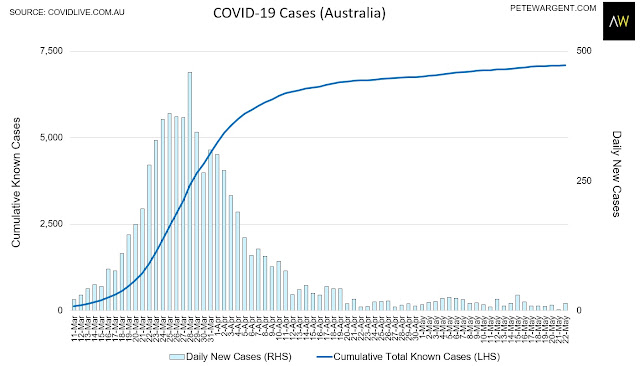 New South Wales reported only two new cases from 8,611 tests on Friday, which is another staggeringly pleasing result.

Victoria ripped through 14,430 tests over the course of 24 hours and uncovered several further cases related to the Cedar Meats cluster, while there were four other known cases in quarantine.

Every other state and territory recorded zero cases, with four jurisdictions now effectively having eradicated the virus entirely. 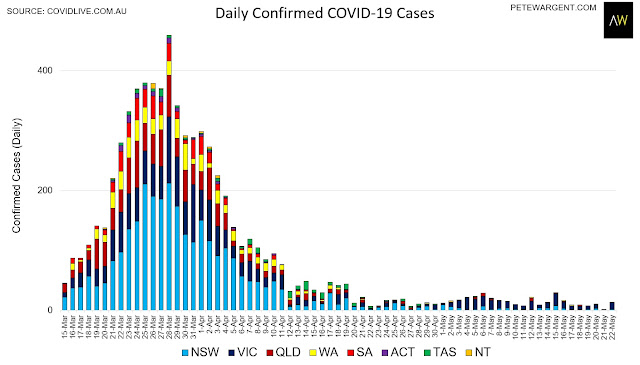 When you consider what's unfolding across much of the rest of the world, this can only be seen as a remarkable win for Australia.

It's also a tremendous boon for the credibility of the government, despite the incessant whingeing of Albanese et al.

Mother of all Black Holes

The above having been said, the Treasury and ATO put out a combined statement to report a budgeting error the likes of which brings accountants out in a cold sweat.

It's traditional to take out the trash out on a Friday afternoon, of course, but a $60 billion black hole is more like five dozen full garbo trucks of trash, and half a rubbish tip to boot!

Via the Australian Treasury: 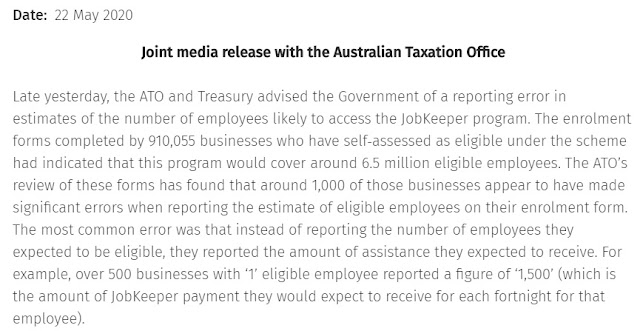 That's quite a blunder, and a genuinely alarming oversight!


Treasury believes that the labour market will largely be unaffected by this revelation, and that the unemployment rate will roughly go from 5 per cent to 10 per cent as previously expected.

And so too was the 10-year bond yield, perhaps as a result of the pricing in of monetary offset.

On the one hand this means that fewer recipients than previously thought qualified for JobKeeper payments, and therefore there will be less cash than there might have been sloshing around the economy.

On the other hand this also means that government potentially has a massive $60 billion up its sleeve for additional stimulus should it be deemed necessary.

This is only a good thing if the government actually chooses to spend the cash, however.

This is not the time to be repairing the Budget - that would only mean that the recovery takes longer and more drawn out - the cash needs to be spent in the economy, preferably into the hands of households.

Some commentators had already become unduly aroused by the prospect of a fiscal cliff in a few months time, but now Treasury has ample opportunity to smooth that out through providing ongoing subsidies to industries or businesses that need them.

It's also worth remembering that the COVID-19 shock will prove to be more muted for Australia than originally feared, which itself partly accounted of the $60 billion black hole, and this can only be seen as a happy outcome. 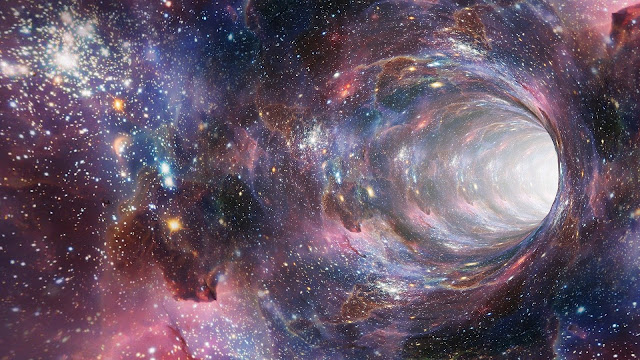