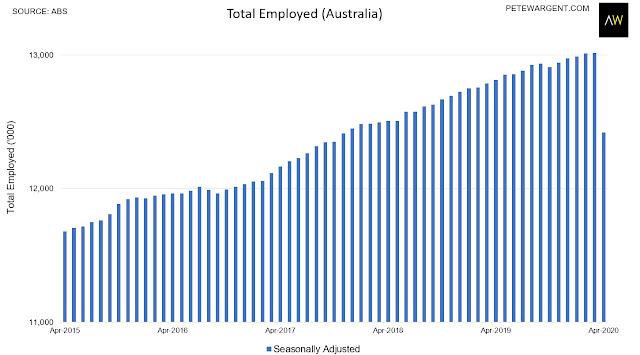 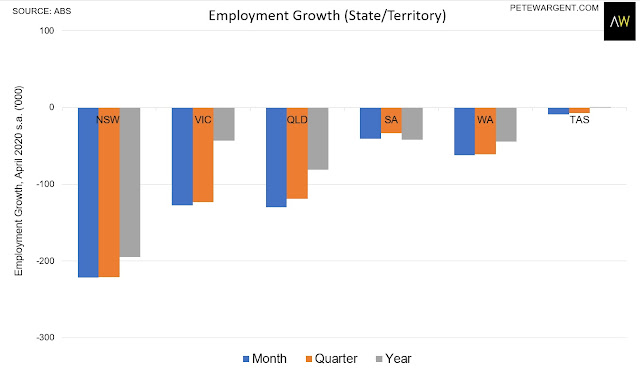 The participation rate dropped 2.4pts - driven mainly by female and younger workers - and as a result the unemployment rate only increased from 5.22 per cent to 6.23 per cent.

This was considerably better than the market median consensus, but the headline jobs figures paint a far better picture. 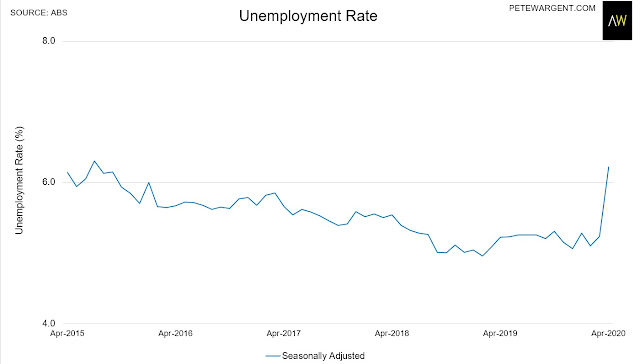 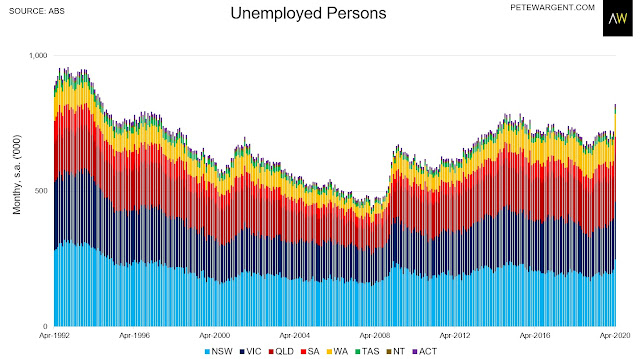 The underutilisation rate, however, soared to 19.9 per cent.


Hours worked also plunged by 9.2 per cent to the lowest level in years.

Australia is running 30,000 to 40,000 COVID-19 tests per day now, and very few new confirmed cases are being found, with a total of only 18 ICU cases now remaining.

Today's figures showed that it's critical that the economy must be reopened for business as soon as possible; and even then we'll probably see the unemployment rate rising towards 10 per cent.

Obviously we need to continue testing and tracing to prevent a significant second wave of the virus.

The government missed a trick by not putting cash directly into the hands of households immediately at the beginning of this crisis.

This lost ground can still be made up by keeping support packages in place for businesses and sectors which aren't allowed to operate at full capacity. 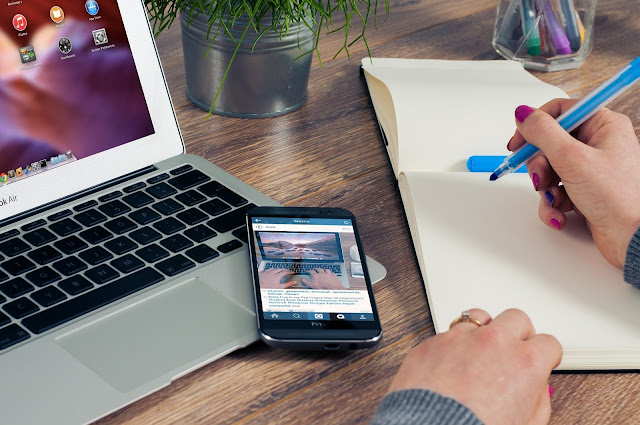