Building approvals fell by -4 per cent in March to 15,279, a far cry from the peak of the construction cycle when more than 20,000 per month was commonplace.

Melbourne is still seeing a fair number of apartment projects approved, meaning that numbers held up better than expected for the month of March. 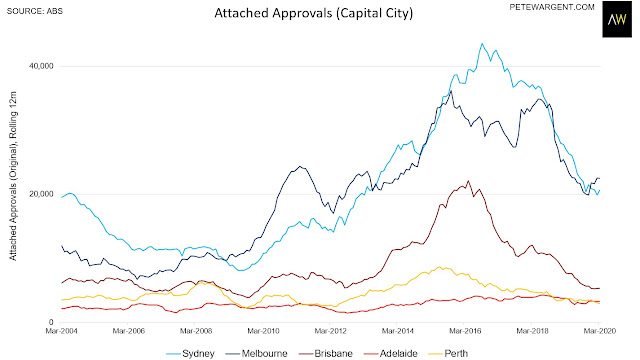 House approvals in Melbourne have also been surprisingly upbeat. 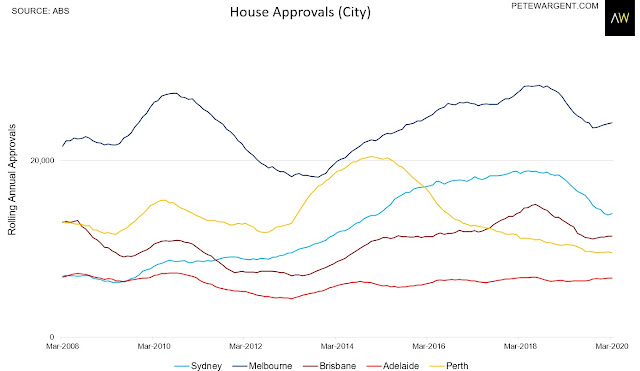 As a result, overall approvals held up better pretty well in March, but further declines are to be expected over the remainder of 2020. 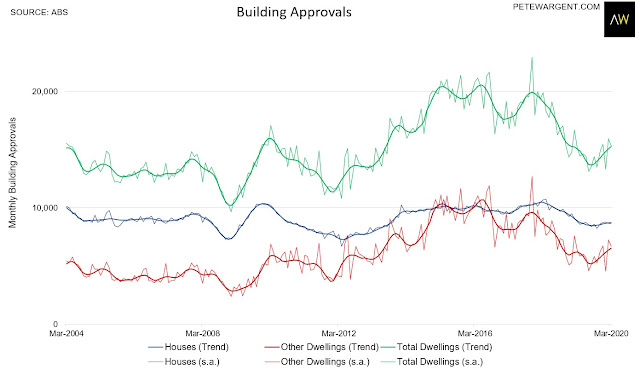 As ever you can find more detailed analysis from Aussie data king James Foster here.

There's something about abattoirs and meatworks that seems to spread this virus badly, and not only in Australia.

There's never been a better time to go vegetarian, I'd say! :-)

Other than that, cases were once again very low all around the country, with practically speaking no instances of community transmission, and total ICU cases declining even further to just 28.

Australia has seen fewer than 100 deaths from the Coronavirus, and only 3 under the age of 60, which is a remarkable result, relatively speaking.

As such the economy is already steadily reopening for business.

And let's not forget the Australian government has put in place a monstrous $320 billion stimulus package, the equivalent of 16.4 per cent of GDP over the forward estimates.

For context the controversial Rudd stimulus was a relatively trifling $51 billion or so.

Of note is that the present stimulus packages were designed with a 6-month hibernation of business and the economy in mind, but it now seems as though we won't face anything like as bad as that.

Net-net, therefore, we might be in far better shape by the end of the year than was previously feared.

Another interesting metric for the Aussie bulls is that China infrastructure seems to be ramping up apace, with steel inventories drawing fast, despite strong ongoing levels of production.


With a bit of luck Australia might clutch onto China's coat-tails to drag us towards a strong rebound in H2 2020. 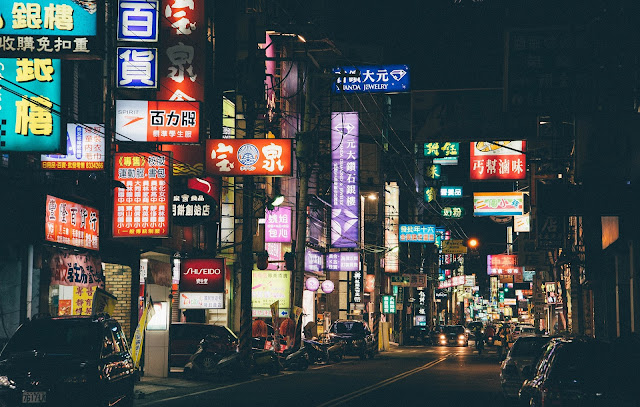