Construction is one sector which has continued to operate to some extent through the shutdown.

Even so, by the end of March apartment building work done was way down from the peaks, especially in Sydney and south-east Queensland.

Activity in Melbourne peaked much later, driven forth by the state's monstrous population growth. 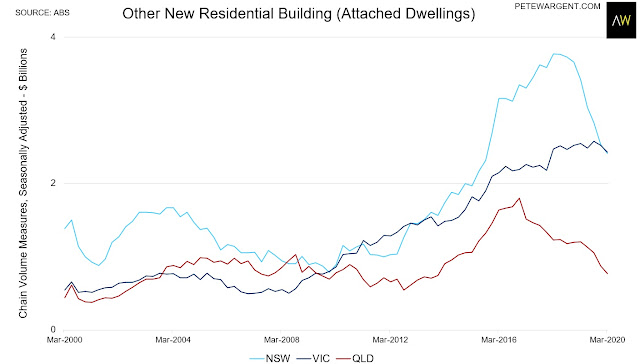 Activity for the building of attached dwellings was at the lowest level in 19 quarters in the March quarter, with further declines to come in Q2. 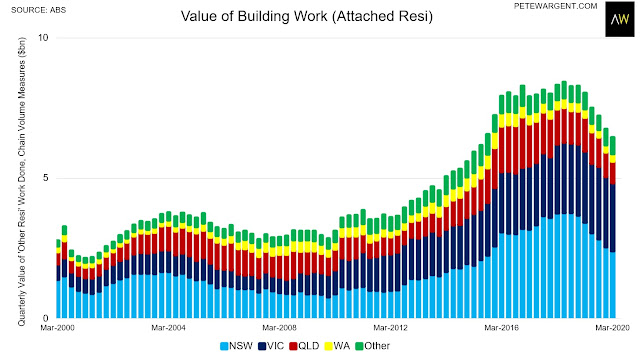 Engineering construction has also fallen by -5 per cent from a year earlier as the pipeline of public works has faded a little. 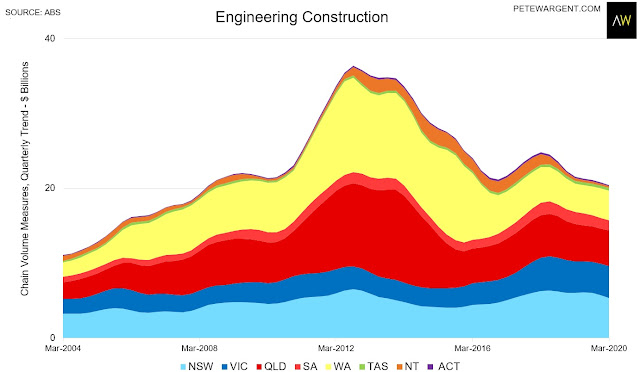 
The construction industry is one of Australia's largest employers but total construction work done had sagged in Q1 to $49 billion, from $56 billion only two years earlier (and $66 billion at the peak of the boom).

Construction was also going to decline, from bubble heights, as I discussed in a full report here.

But unless rescued the declines are going to be even more severe than expected.

Expect the government to throw an enormous multi-billion-dollar stimulus package to encourage homebuyers to buy and build from H2 2020, while the push to open the borders will likely reach fever pitch before the end of the next quarter. 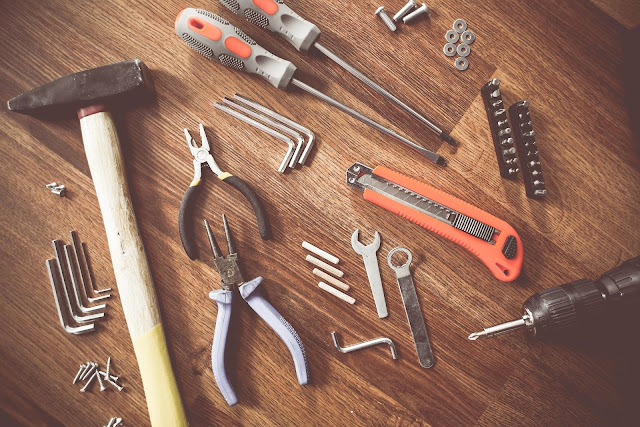