The beast is stirring

Australia has crunched through some 33,893 COVID-19 tests over the past 24 hours, a new series high.

Testing is now extending well beyond only those with symptoms, to include those in high-risk categories and those unable to work from home.

With the exception of the meatworks cluster in Victoria, there are now very few cases being found, with all seven of the other states and territories recording between zero and two cases today. 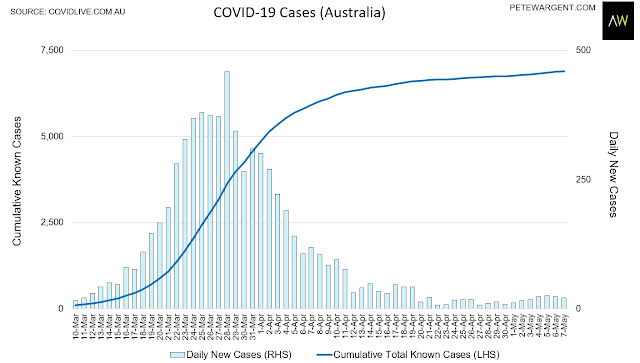 No new deaths were recorded today, and there have only been three deaths to date of Australians aged under 60.

As recoveries continue to comfortably outpace new cases Australia has been one of the most successful countries in the world at flattening the curve.

It's clear that in these parts of south-east Queensland there's now comparatively little fear of COVID-19, with about a month having passed without a single case, and people are beginning to go about their business again.

From what I hear the same is true in many other parts of Australia, including in Western Australia, Gold Coast, Sydney, and coastal New South Wales. 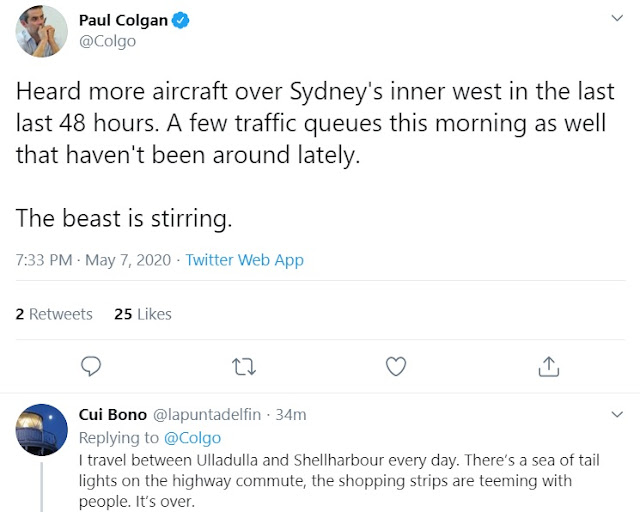 I wasn't surprised to learn that New Zealand is already contemplating opening its borders to international students.

Australia's Universities will doubtless be pushing extremely hard for a similar approach and outcome here. 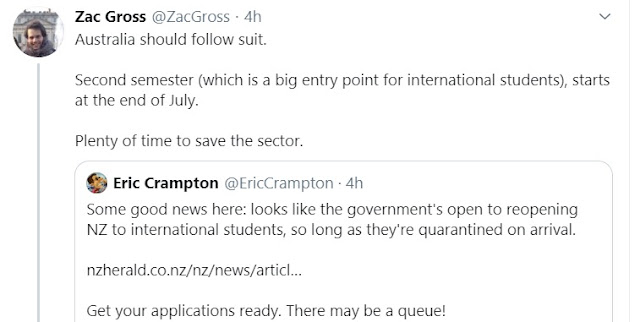 CoreLogic's advertised rents series showed a sharp drop in April as many of the empty student rentals and Airbnb lets are listed on the open rental market, naturally skewing the series median lower.

You've got to look at the story beyond the stats at the moment, though (for example, I expect US average hourly earnings will ‘boom’ by 2-3 per cent in April; but only because the stats are skewed by the lowest income earners and casuals being made redundant).

In the short term international travel will remain severely curtailed, but over the medium term Australia's reputation has been greatly enhanced as a premier league desirable destination.

AMP's Shane Oliver penned an interesting piece entitled The Lucky Country here where he highlighted three reasons why Australia is well placed for an economic rebound.

Firstly, because we've tackled COVID-19 so much more successfully than America, Canada, Russia, and much of Europe.

Secondly, because our fiscal response - which was originally designed for a six-month hibernation of the economy - is by far the strongest across the entire G20.

We were fortunate to be in a strong position before the crisis and this has allowed for a monster fiscal stimulus package, relatively speaking, and it’s focussed on actual spending rather than loans and guarantees which saddle companies and individuals with debts to be repaid later. 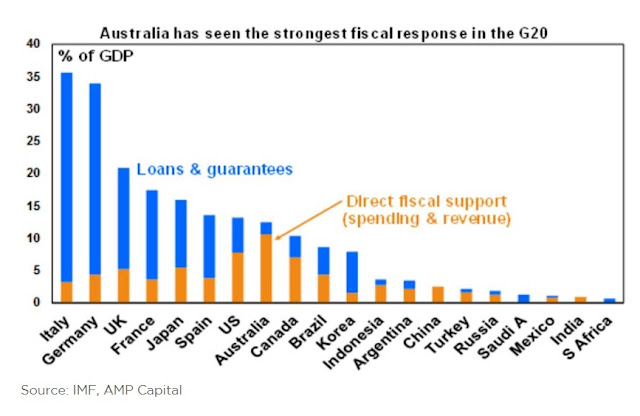 And thirdly, our main trading partner China is two or three months ahead of the rest of the world in getting back to business.

This could pull Australia along with it as infrastructure and building projects are rolled out and as the factories roar back to life.

The beast is stirring. 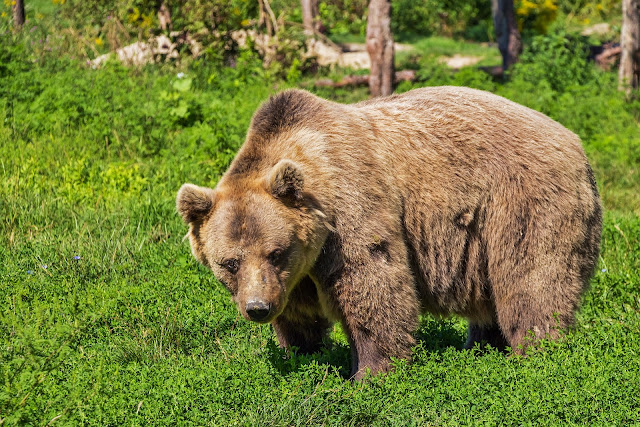