Tough time to be a department store

On the face of it a better result for retail trade in February 2018, with a +0.6 per cent increase in turnover, and the January result revised up slightly to +0.2 per cent.

Under the hood, though, this was another soft result, with department stores clearly under intense pressure.

Total retail turnover in February was $26.45 billion in seasonally adjusted terms, so only a marginal +0.2 per cent higher than we saw back in November when the i-Phone X was unleashed and Black Friday spiked the results.

And the February figures for Sydney and Melbourne would have been enhanced by Chinese Lunar New Year falling later this year than last.

You can click on the graphics to enlarge them. 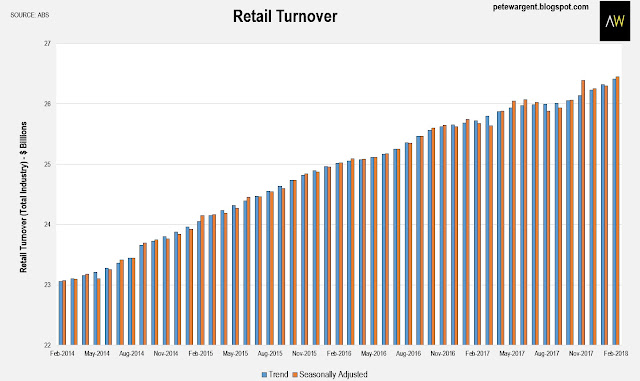 Looking through the monthly noise, retail turnover in trend terms was a modest +2.7 per cent higher over the year. 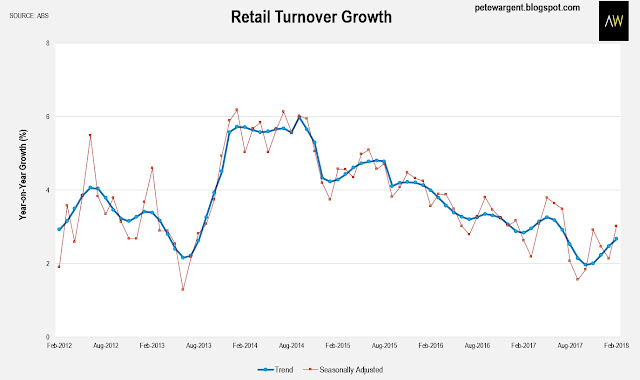 The monthly rebound in turnover was driven by New South Wales (+1.1 per cent) and Victoria (+1.1 per cent), offset by a decline in Western Australia (-0.6 per cent). 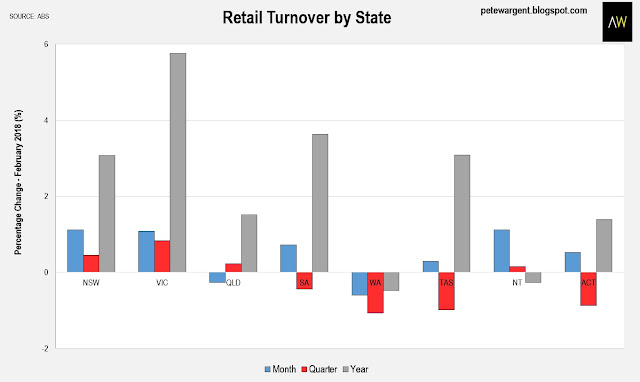 These figures are of particular interest since the survey should include Amazon Australia sales.

If there's one thing we do know it's that there has been widespread industry discounting - indeed, you can take a walk around any shopping mall and see this for yourself.

We'll see this better in the quarterly results, which will shed more light on price inflation (deflation) versus volumes as a driver of retail turnover.

Price discounting in part helped to drive a +1.5 per cent rebound in department store turnover in the month, but this came off the back of a series of monthly declines, with turnover remaining well below the levels seen in October last year. 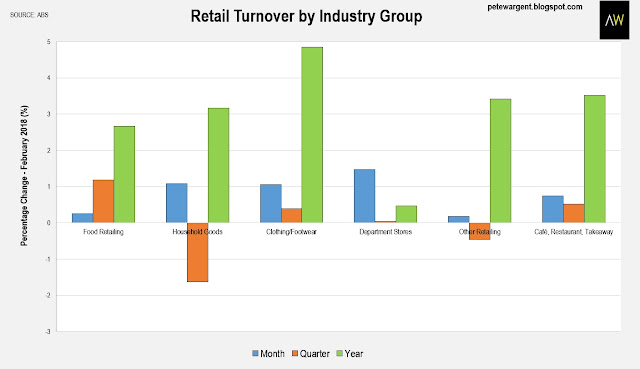 The rolling annual trend numbers over the the longer term tell the story better - department stores have never faced such sustained pressure since the statistician began measuring numbers. 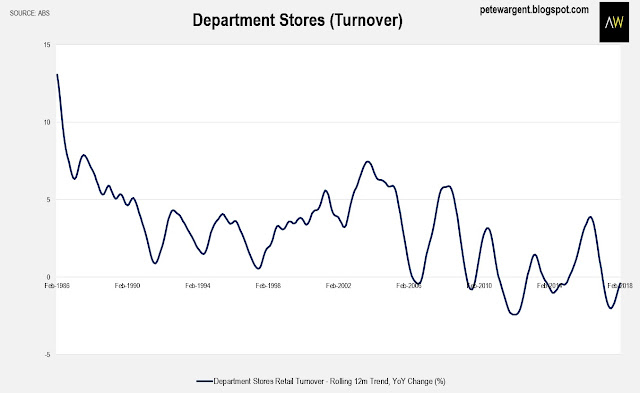 Tellingly, online retail accounted for 5.1 per cent of total turnover in the month, up from 3.6 per cent only a year earlier, an alarming rate of increase from the perspective of traditional retailers.

Myer has been one high-profile casualty with its share price trading at around 36 cents (down from a float price of $4.10) but there are plenty of others...and more in the offing. 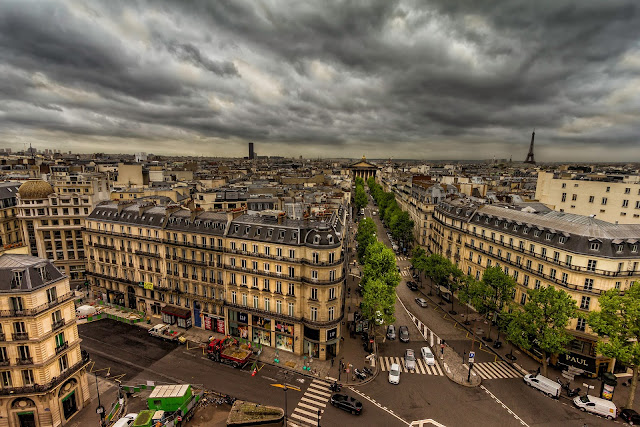