Headline inflation increased by only +0.4 per cent in the March quarter.

Tradables inflation was negative year-on-year for a third consecutive quarter.

There has been SOME consumer price inflation, mainly in areas influenced by government, as articulated by Shane Oliver of AMP: utilities, healthcare, education.

There's also been the obligatory excise on tobacco and booze.

But generally CPI in the private sector has been extraordinarily weak. 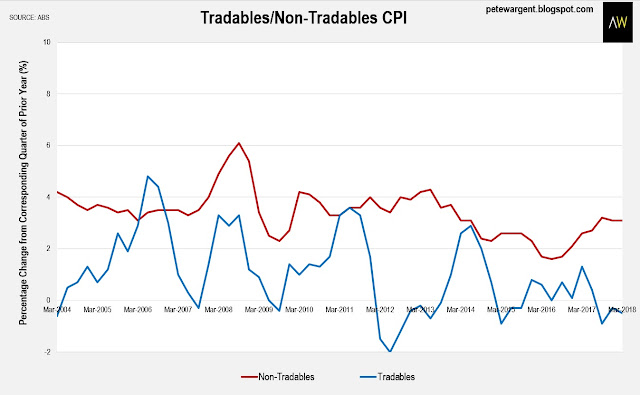 Underlying inflation over the year did increase to +1.98 per cent, though a stronger print will soon drop off the annual figure, and in any event this is still below the 2 to 3 per cent target. 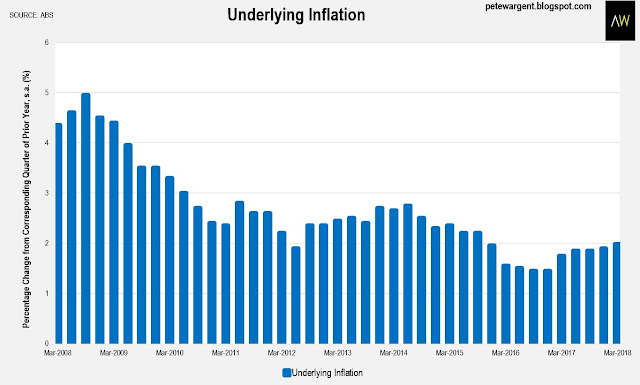 Ongoing weakness, it must be said, with the Australian economy appearing to be firmly entrenched in a low inflation environment.


Rents off the mat

Nationally rental price growth was off the mat, with rents up in Sydney (+2.4 per cent) and Melbourne (+2.2 per cent), but marginally down in Brisbane (-0.5 per cent), and still negative year-on-year in Perth and Darwin, though the respective lows for these two resources capitals now appear to have passed.

Canberra's rental price growth has done a donut from significantly negative -2.5 per cent to +2.7 per cent over the past 11 quarters, and rents are accelerating fast. 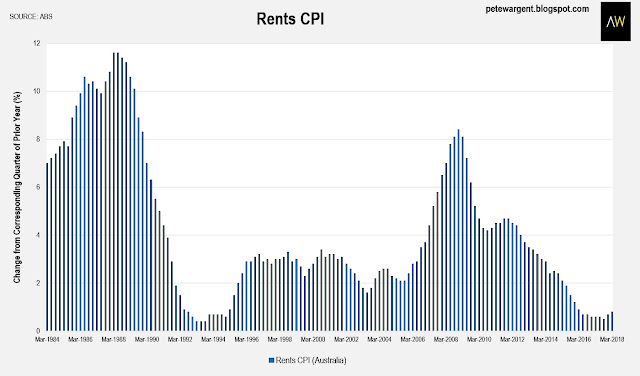 Sydney rents continued to outpace all groups CPI by a significant margin, as they have tended to across the past 11 years. 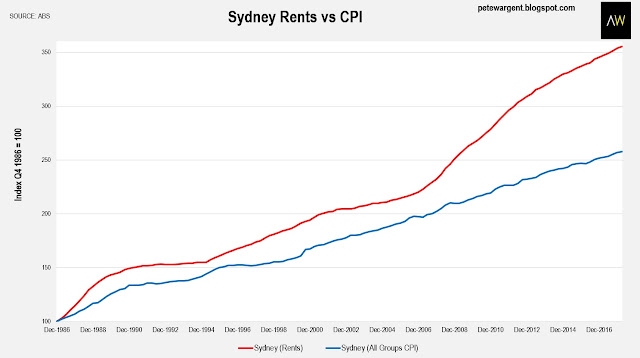 Of course, +1.98 per cent is getting pretty close to the target.

Wages growth may begin to pick up - following on from news of better earnings growth - but some of the key leading indicators such as broad money growth and building permits have weakened over the past year.

Hard to see any change in interest rates over the remainder of 2018 (and probably 2019) in my head, but nobody ever agrees with me on the world wide interweb, so DYOR :o) 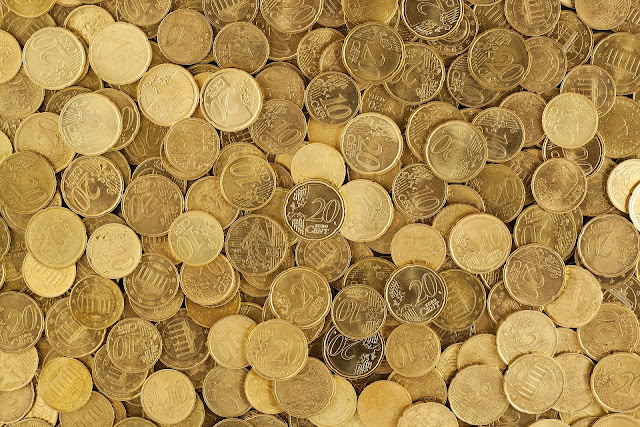